The Japanese government is looking to arrange a summit between Prime Minister Shinzo Abe and North Korean leader Kim Jong Un in September after Kim showed his readiness during his meeting with U.S. President Donald Trump this week, a government source said Thursday.

Abe and Kim could meet in the Russian Far East city of Vladivostok on the sidelines of an annual economic forum, in which Kim could take part. Abe has also expressed willingness to attend the event.

During the historic summit with Trump in Singapore on Tuesday, Kim said there were possibilities for him to meet with Abe and he is "open" to doing so, according to the source.

With the remarks, Tokyo is expected to launch full-fledged preparations to arrange the first Japan-North Korea summit since 2004, in an attempt to settle the issue of Japanese nationals abducted by Pyongyang in the 1970s and 1980s.

On Thursday, Japanese and North Korean officials made informal contact at a security forum in Ulan Bator, the Japanese Foreign Ministry said.

Fumio Shimizu, deputy director general at the Foreign Ministry's Asian and Oceanian Affairs Bureau, conveyed to the North Korean side Japan's position on the abduction issue during the brief exchange on the sidelines of the two-day gathering through Friday, the ministry said. 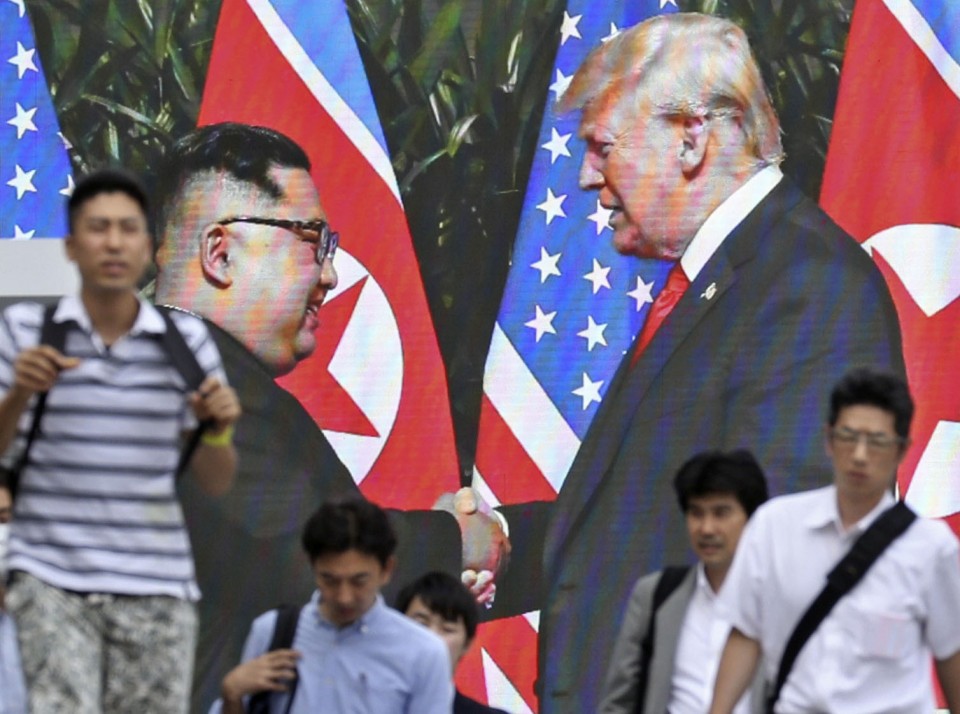 If a summit is realized, the source said, Abe would tell Kim that Japan is ready to normalize bilateral ties and provide economic support to North Korea on condition that Pyongyang resolves comprehensively the outstanding issues of concern including its nuclear and missile development and abductions.

Japan would also pledge to overcome the countries' "unfortunate past," the source said, referring to the Japanese occupation of Korean Peninsula between 1910 and 1945.

Although the Trump-Kim summit was focused on denuclearization of the Korean Peninsula, the U.S. president brought up the Japanese abduction issue at Abe's request and conveyed Japan's stance, which is based on a joint declaration issued in Pyongyang in 2002, according to the source.

Kim did not repeat his country's long-held position that the abduction issue has been resolved, Koichi Hagiuda, a lawmaker close to Abe, told reporters on Wednesday after meeting with the prime minister.

Trump briefed Abe over the phone about the summit.

"Taking the opportunity of the U.S.-North Korean summit, Japan is determined to face North Korea directly and resolve the issue," Abe said during a meeting with a group representing abductees' families in his office Thursday afternoon.

During the meeting, Shigeo Iizuka, who heads the group, asked Abe not to rush into a summit, saying, "I believe it is still early for the prime minister to go (to North Korea) and negotiate various matters, while nothing is decided." 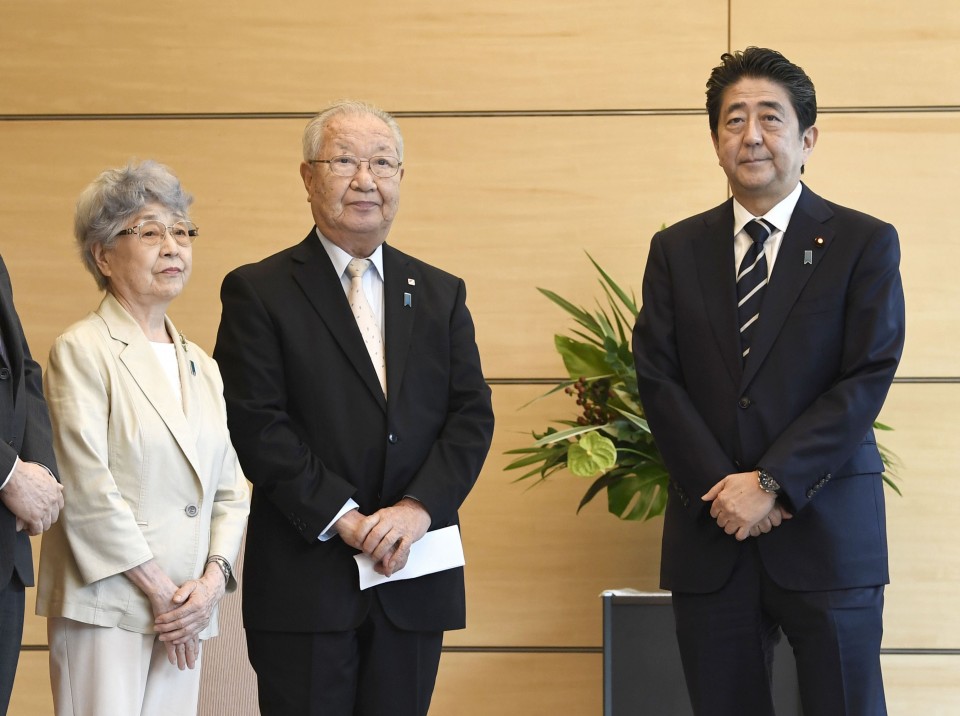 (Abe meets with Shigeo Iizuka, center, and Sakie Yokota, the mother of Megumi Yokota, who was abducted in 1977 at age 13)

Abe did not mention a schedule for Japan's negotiation plan, according to a participant.

Japan officially lists 17 of its citizens as having been kidnapped by North Korean agents and suspects the North's involvement in many more disappearances of Japanese nationals.

Of the 17, five were repatriated in 2002 following Koizumi's first talks with Kim in Pyongyang. North Korea claims eight of the abductees have died and the other four never entered the country.