An annual popularity contest for the AKB48 family of all-female idol groups took place Saturday in central Japan, with Thai and Taiwanese members joining the 10-year-old event for the first time.

With four-time winner Rino Sashihara opting not to run in the contest, local favorite Jurina Matsui of SKE48, a sister group based in Nagoya, won the No. 1 spot in the event counting fan votes for the 100 most popular members. Two from Bangkok-based BNK48 made it to the list -- Cherprang Areekul at 39th and Praewa Suthamphong at 72nd.

A record 339 members ran in the 10th so-called General Election. The top 16 members will get to record the next single for AKB48.

AKB48, named after the Akihabara electronics and anime and manga district in Tokyo, is known for having churned out consecutive million-seller singles. It has also boosted its presence overseas through the creation of several similar units in other parts of Asia.

BNK48 has especially seen success among overseas units through its cover of AKB48's "Koisuru Fortune Cookie" (Fortune Cookie in Love), one of the group's million seller hits released in 2013.

Some entertainment industry pundits say the popularity poll no longer draws excitement like before as some star members have left the group, which has continued to expand and change members since its debut in 2005.

But the "election" still remains popular among many devoted fans and is viewed as a money-making chance for municipalities in the regions that host the event. 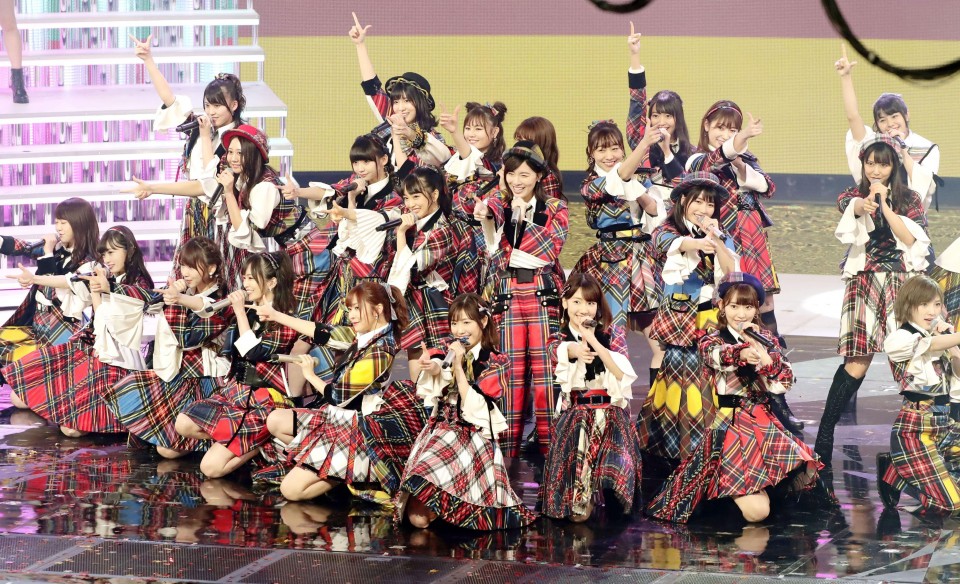 AKB48's latest general election was held at Nagoya Dome, a baseball stadium capable of accommodating 50,000 people, with the economic effect in surrounding areas in and around Aichi Prefecture expected to reach around 2.7 billion yen ($24 million), according to an estimate by an academic.

It is the fourth time the popularity vote has been held outside the Tokyo metropolitan area. Previously it was held in Fukuoka, Niigata and Okinawa prefectures.

The latest event was expected to be joined by members of JKT48, but they decided to give up participating because the day fell on a week-long Islamic celebration that marks the end of the holy fasting month of Ramadan, according to AKB48's official website.