Sapporo issues cards proving LGBT partnerships for use in emergencies

The city of Sapporo on Friday began issuing cards serving as proof of lesbian, gay, bisexual and transgender partnerships, responding to calls from couples for evidence they can carry with them and present in case of emergencies and other situations.

The city in Japan's northernmost prefecture started authenticating partnership oaths submitted by sexual minority couples in June last year, but it had only issued a certificate in the form of a paper document measuring 21.0 centimeters by 29.7 cm.

The newly-added option is the same size as a name card and bears the name of both partners and the date of issue, and a note asking people to recognize its purpose while acknowledging that it is not legally binding.

LGBT partnerships do not entail legal rights or obligations under civil law in the way that marriage does, but the new card is expected to be used when couples rent accommodation or a partner is hospitalized, among other situations. 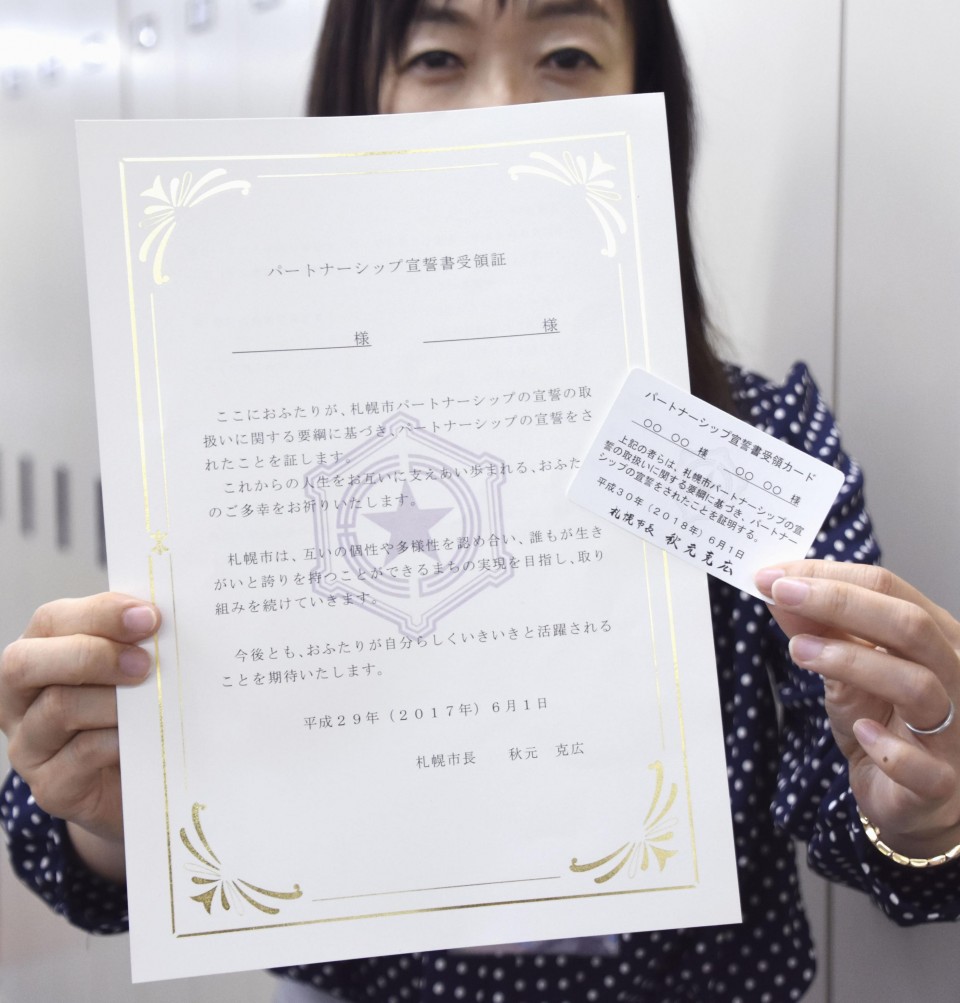 In the absence of a nationwide scheme, Sapporo certified the partnership oaths of 42 couples in the first year, the largest number among Japanese municipalities that have the scheme.

Tokyo's Shibuya and Setagaya wards became the first local governments to recognize such partnerships in 2015, and the cities of Iga, Takarazuka, Fukuoka and Naha have followed.

Fukuoka, which introduced the system in April, also hands out a similar card-type proof of partnership.