A special Indonesian military unit has joined the police in cracking down on terrorist cells amid a recent wave of suicide bombings in the world's most populous Muslim nation, the head of the national police said Wednesday.

"He approved and KOPASSUS has joined us since Tuesday," Tito said on the program broadcast by the Jakarta-based private television network tvOne. 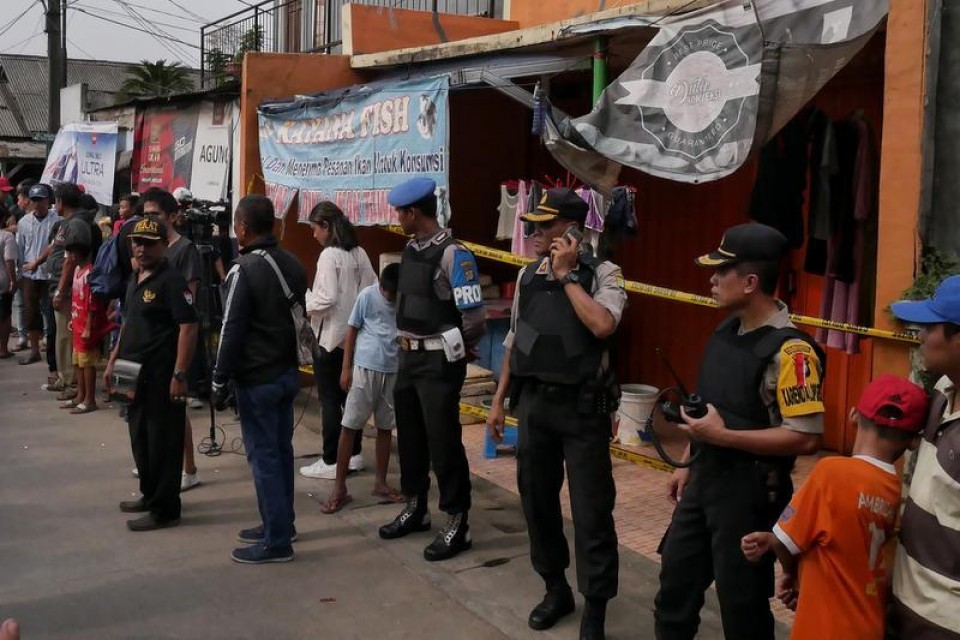 The following day, a five-member family carried out a suicide attack on the police headquarters in Surabaya. Four members of that family, including 14 and 17-year-old sons, died in the attack, while a 7-year-old daughter survived.

Those bombings were the first terrorist attacks in Indonesia to involve children among the suicide bombers, according to police.

The bombings occurred after a series of attacks on police near the national capital Jakarta days earlier.

Those attacks, in which six policemen died, began with the rioting of detained Islamic militants at the detention center of an elite police unit.

After the rioting began last Tuesday, radical Muslim groups called via social media for their followers to go to the detention center to help the inmates battle the police. 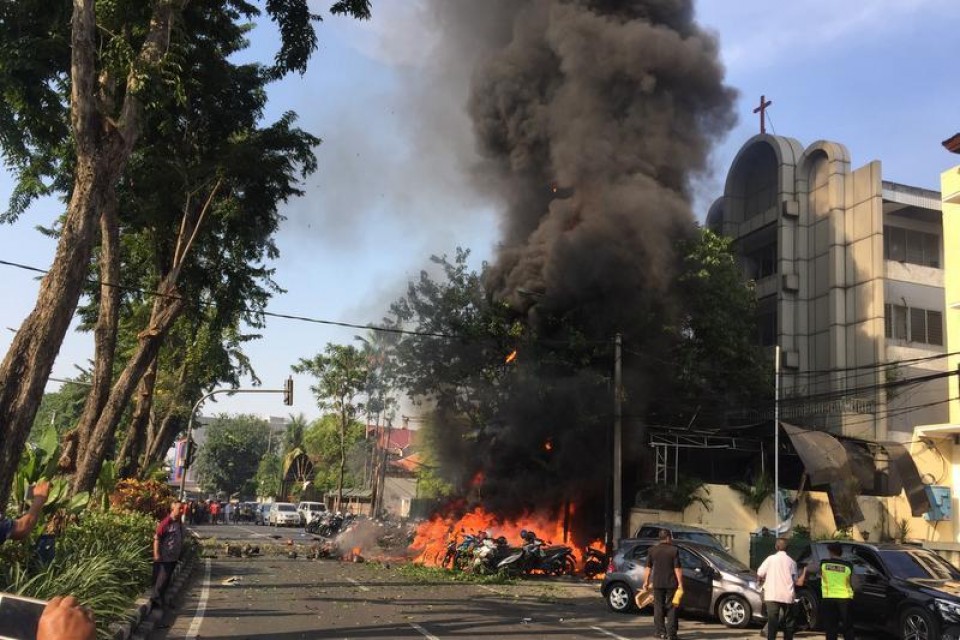 (A church targetted by the bombing)
[Surabaya Government hand out. Getty/Kyodo]

Dita died with his wife and four children, aged 8 to 17, in last Sunday's suicide attacks on the churches. Police have said the family involved in Monday's attack on the Surabaya police headquarters regularly attended Koran study sessions every Sunday at Dita's home.

In particular, Indonesian authorities are currently searching for Cholid Abubakar and another unidentified man, who indoctrinated through radical teachings the two families and suicide bomber to-be family of Anton Ferdiantono, according to police.

Police said Cholid's family had once tried to enter Syria but was stopped by the Turkish government, which ordered them to return to Indonesia. The family's current whereabouts is unknown.

A source at the National Counterterrorism Agency told Kyodo News that on January 18, 2016, the fathers of all three families involved in actual or planned suicide bombings in recent days around Surabaya, along with Cholid and six other people visited Abu Bakar Bashir, the spiritual leader of al-Qaida's Southeast Asia splinter group Jemaah Islamiyah, in prison. 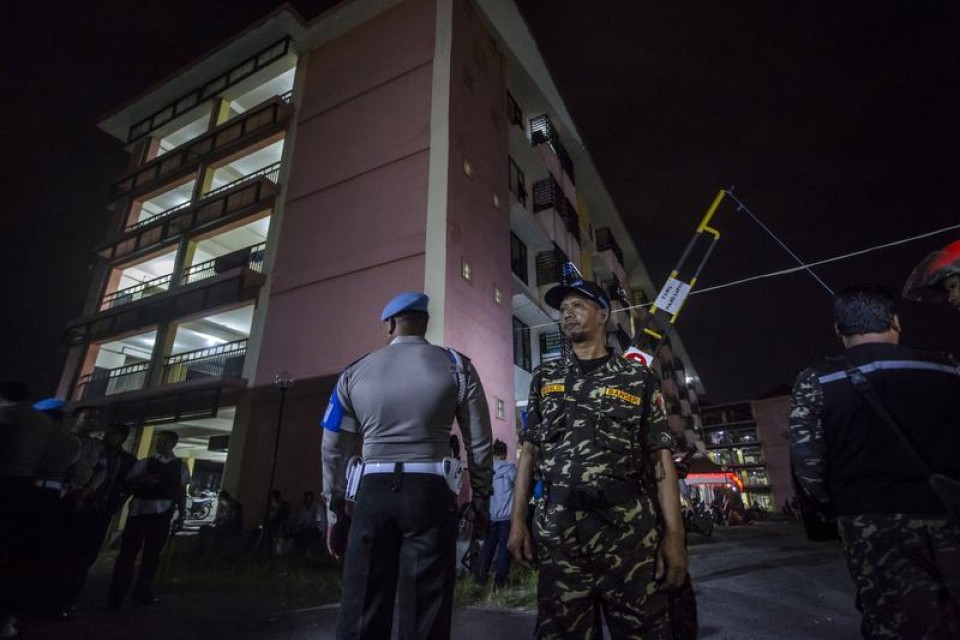 (Indonesian police stand guard outside of apartments in Surabaya following an explosion.)
[Getty/KYodo]

The next day, they also visited a key Islamic State figure in Indonesia, Aman Abdurrahman, and Iwan Darmawan Muntho, a militant on death row also known as Rois.

As a result of extensive raids conducted over recent days in East Java province, police have arrested dozens of suspected terrorists, including a number of married couples. Others have died in shoot-outs with the counterterrorism police, according to Indonesian authorities.

"The total number of bombs found since Sunday in the houses and rented houses of the suspected terrorist suspects would almost fill one truck," East Java police spokesman Frans Barung Mangera said. "There are hundreds of bombs."