A Japanese atomic bombing survivor attended a memorial ceremony Monday to honor the 12 American servicemen who died in the U.S. nuclear attack near the end of World War II.

The survivor is Shigeaki Mori, an 81-year-old historian who attracted global attention for being hugged by former U.S. President Barack Obama during the latter's historic visit to Hiroshima in 2016.

Mori, known for researching and identifying the 12 American soldiers, was also reunited with a relative of one of the former POWs, Normand Brissette of Lowell.

In a speech at the ceremony, Mori said Brissette was a true patriot who risked his life to fight for his country. Brissette was a naval officer who was taken prisoner and died from radiation poisoning in the days following the bombing.

Susan Archinski, niece of Brissette, said her reunion with Mori is "emotional because he is a wonderful, wonderful man and his wife is a wonderful woman. Mori-san is best. Very pleased." She said she and Mori had met once in Hiroshima in 2015. 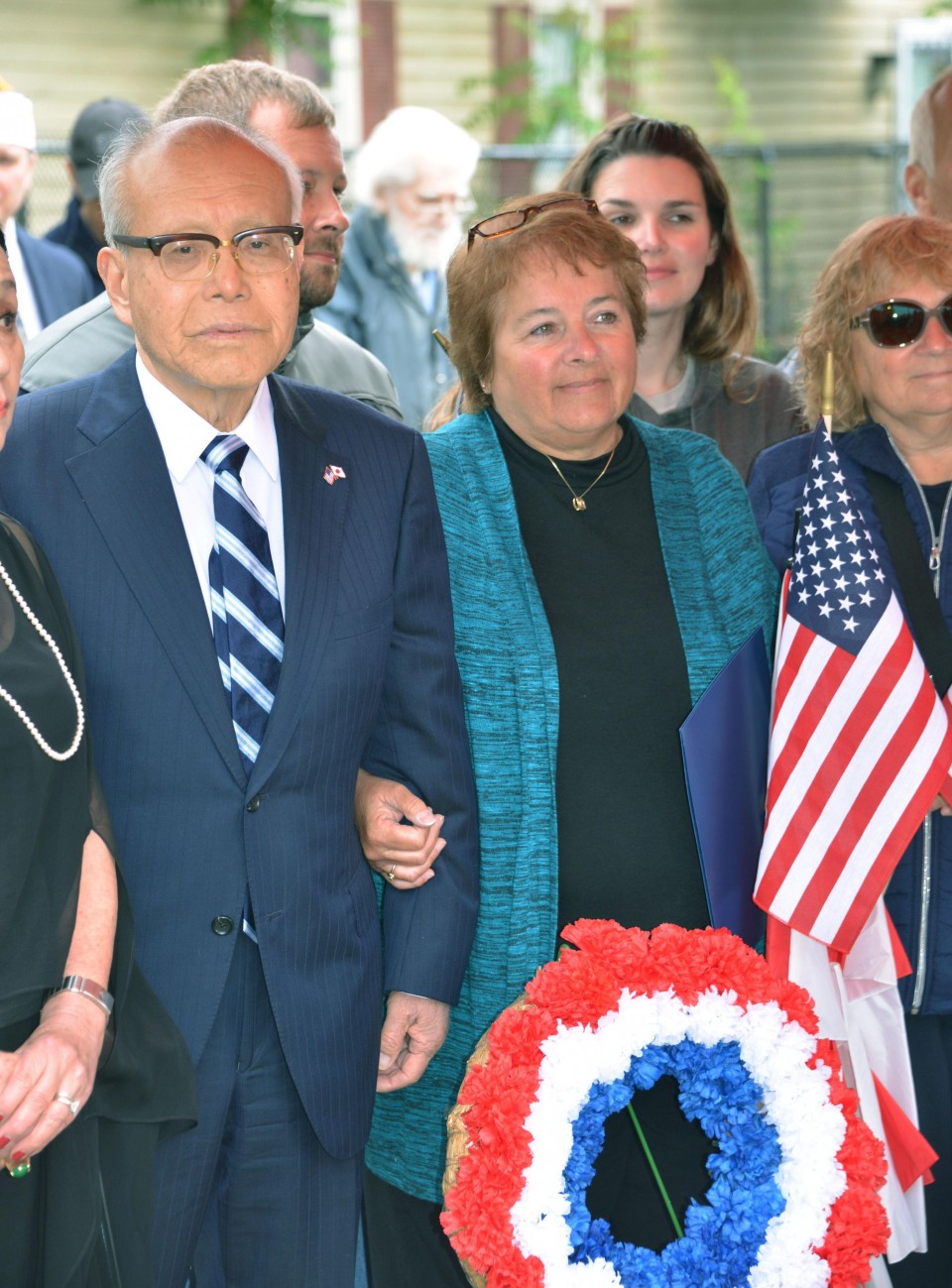 (Shigeaki Mori, left, and Susan Archinski, 2nd from left, at the ceremony Monday)

After 42 years of research, Mori found each soldier's name and tracked down the next of kin to obtain permission to memorialize the 12 POWs on the cenotaph for A-bomb victims in Hiroshima among the more than 300,000 Japanese, Korean and Chinese A-bomb victims.

The 2016 documentary, which the filmmakers hope to put on digital release this summer, caught Obama's attention shortly after its limited release.

Obama, who was the first serving U.S. president to visit Hiroshima, mentioned Mori in his speech at the Peace Memorial Park in May 2016 as "the man who sought out families of Americans killed here because he believed their loss was equal to his own."

Afterward, the president and the atomic bomb survivor shared an embrace that garnered international attention.