Director Hirokazu Koreeda won the Palme d'Or at the annual Cannes International Film Festival for his work "Shoplifters," becoming the first Japanese to take the prize in 21 years.

The film depicts a family who, while living on a grandmother's meager pension, send their children to steal from stores. A series of media reports about people fraudulently claiming the pension in Japan inspired Koreeda's film. 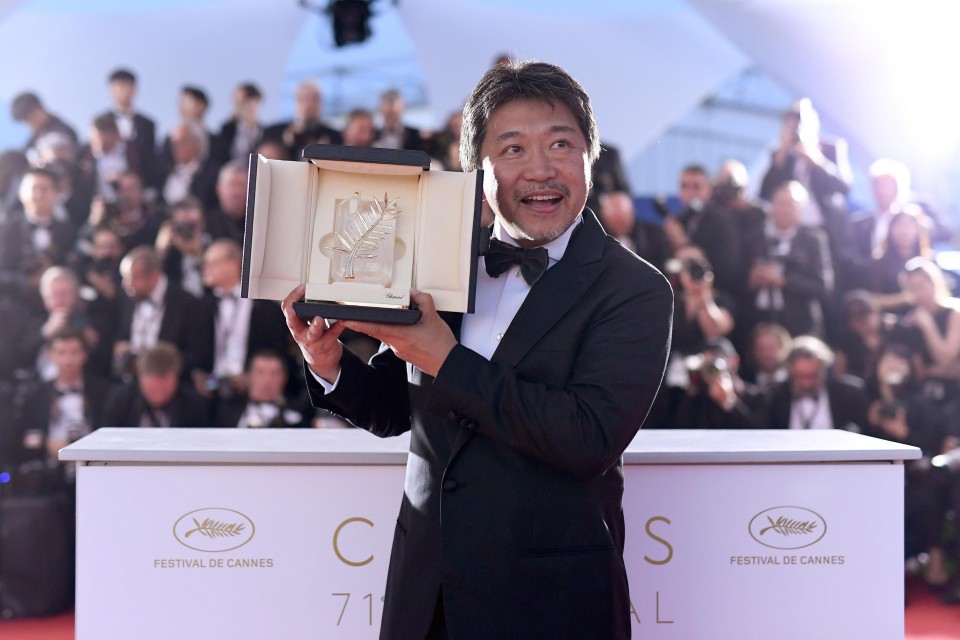 Before Koreeda, the most recent Japanese winner of the Palme D'Or was director Shohei Imamura who won the award for his film "The Eel" in 1997. Shoplifters became the fifth Japanese work to receive the prestigious prize.

In Shoplifters, as he has done in other works, Koreeda tried to shed light on a society in which people are struggling to make a living. The latest film is his fifth to be nominated for an award at Cannes.

American director Spike Lee won the Grand Prix, the runner-up prize, for his film "BlacKkKlansman" in which a black detective infiltrates and rises through the ranks of a chapter of white supremacist group, the Ku Klux Klan.

At the award ceremony in the southern French coastal resort, Koreeda, 55, told the audience, "My legs are shaking. I'm really honored to be here."

Rejoicing at the prize, he said, "I want to share the courage and hope (that comes with the award) with my staff and the film's cast as well as with young directors."

"I am hopeful that films can connect people who are in conflict in a separated world," he said. 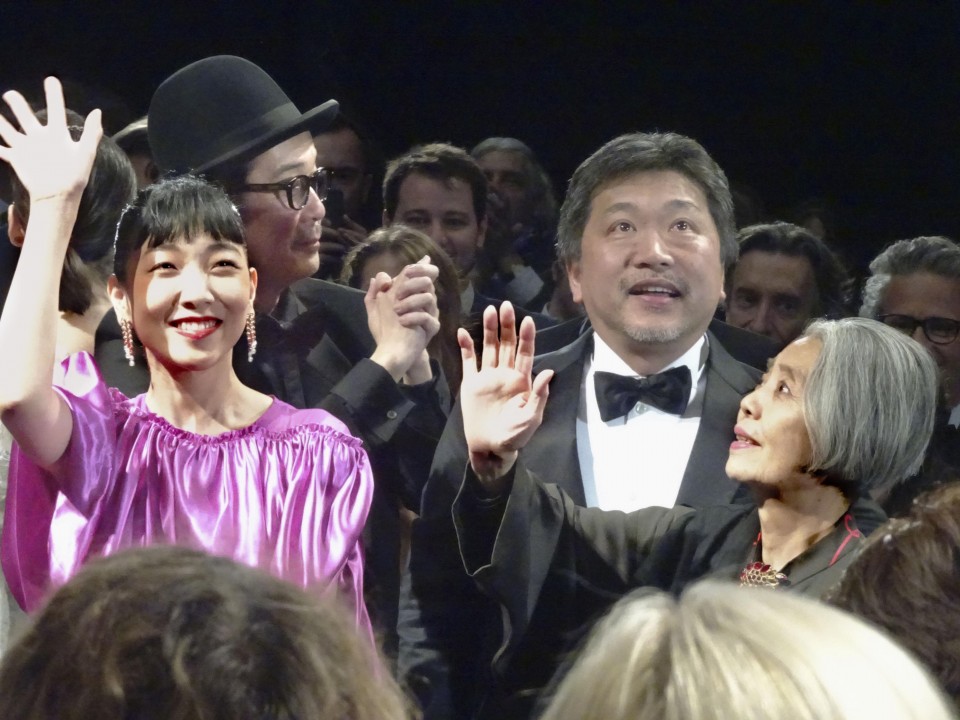 (Actress Sakura Ando, L, standing next to Koreeda, actor Lily Franky, back L, and actress Kilin Kiki, R, acknowledge the crowd at the end of the premiere of "Shoplifters" in Cannes, France, on May 14)

At a press conference after the ceremony, Koreeda said, "I'm renewing my determination that I must create works that are worthy of a director who has won this award."

A native of Tokyo, Koreeda was born in 1962. After graduating from Waseda University, his directorial debut film "Maboroshi" won the Golden Osella prize at the Venice International Film Festival in 1995.

Koreeda's work "Distance" was his first to be nominated for the Palme d'Or at Cannes. It was considered for the award in 2001.

Two years later, his film "Like Father, Like Son," a story about a middle-class couple who learn the child they raised for six years is not their biological son but was switched at birth with a child from a family of modest means, received a special award at Cannes.

In his films, including his 2004 work "Nobody Knows," which deals with child neglect, Koreeda questions whether individuals are responsible for their criminal actions, or rather should blame be placed on the society in which they live.

Shoplifters will start screening on June 8 in Japan.