A private university in Tokyo insisted Thursday it did not order one of its American football player to commit an illegal tackle against an opponent, a view conflicting with the player's account regarding the foul play in an intercollegiate game that has sparked national criticism.

Nihon University reiterated in newly submitted papers to Kwansei Gakuin University, its opponent in the game, it did not instruct Taisuke Miyagawa to commit a foul, according to Nihon University's public relations department.

Miyagawa explained at a Tuesday press conference he committed the late tackle in the May 6 game after being instructed by Nihon University's then American football team head coach and assistant coach to injure the Kwansei Gakuin quarterback.

The 20-year-old said assistant coach Tsutomu Inoue had relayed a message from the head coach, Masato Uchida, that he would receive playing time if he "crushed" the opposing quarterback.

At a press conference the following day, Uchida denied giving such an instruction and said Miyagawa's dangerous action during the game was the result of a miscommunication.

Inoue has admitted to using the word "crush" when he spoke to the player but said he meant "play without fear," adding, "I never instructed him that the purpose was to injure someone."

Kwansei Gakuin has warned that depending on the content of the second response, it will cancel future games with Nichidai. The two universities have long been archrivals in the collegiate national championship. Kwansei Gakuin will hold a press conference on Saturday. 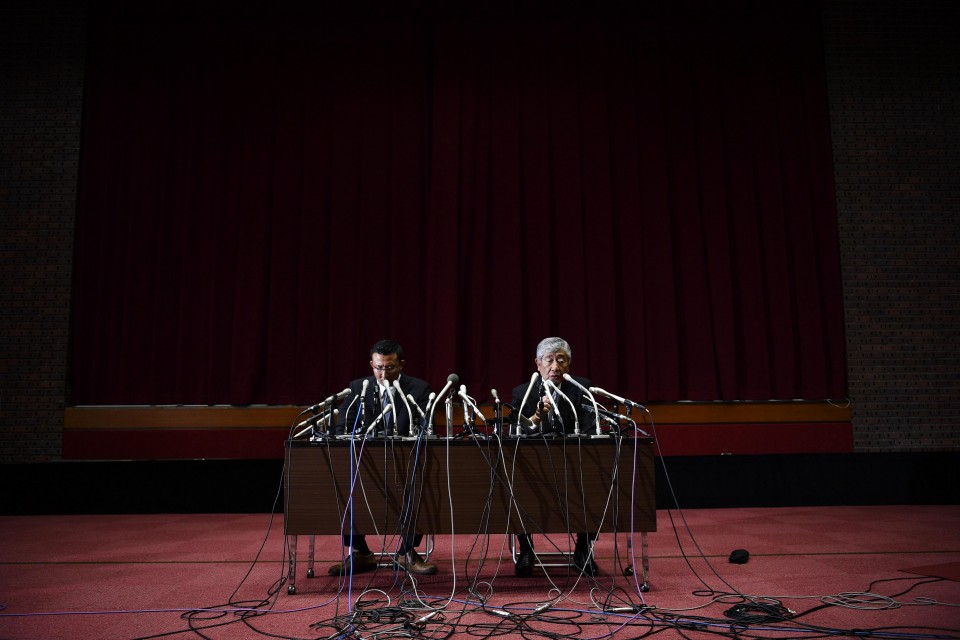 Nichidai's Miyagawa said Thursday in a statement released through his lawyer, "I explained all the facts I can remember at the press conference on Tuesday, so I have nothing more to say."

Earlier in the day, the father of the injured player denounced Uchida and Inoue for denying ordering the illegal hit and blaming it on a miscommunication at their press conference on Wednesday.

Yasutoshi Okuno, an Osaka city assembly member, said on Facebook, "I'm trembling with anger at the coaches. I will submit a petition asking for disciplinary action to be taken against them."

The injured player has filed a victim report with police and the Metropolitan Police Department has started an investigation.

"I'm determined to confront this problem for the rest of my life," the injured quarterback's father said, calling on his Facebook followers to share videos and photos of the May 6 game to confirm that the coaches were involved in the dangerous play.

At Wednesday's press conference, Uchida said he had temporarily been suspended from his position as a managing director of Nihon University, while Inoue said he will quit as a coach of the American football team.

According to Nihon University, Uchida was hospitalized right after the news conference due to being worn-out both mentally and physically.

Meanwhile, Kyodo News obtained an audio clip Thursday of remarks given by Uchida immediately after the game, in which he praised Miyagawa's foul as a "good job," despite telling the press conference he missed seeing the tackle.

Uchida has been under fire from a group of unionized Nichidai teachers over his "insincere" attitude at the press conference.

The group released a statement Thursday, saying, "The reputation of Nihon University has been ruined...there could be a devastating impact on the entrance exams," expressing fears that the number of applicants for the school might tumble in the aftermath of the foul and due to the way the university has handled the issue.