An enchanting story about an Englishman's attempts to preserve Japan's rich cherry tree heritage in the face of rapid modernization is soon to hit bookshelves across the world.

Naoko Abe has charted how the botanist Collingwood Ingram collected cuttings from across Japan in the 1920s and grew them in Britain, even returning one extinct variety back to Japan.

Abe, a journalist and writer, told Kyodo News how Ingram expressed disappointment that many varieties of cherry trees disappeared when the feudal lords abandoned their large estates in the latter half of the 19th century.

He urged Japan to maintain what was left and set about collecting cuttings to send back to Britain. Sadly, however, modernization and the demands of World War II meant more cherry trees were cut down to grow food and provide fuel.

Indeed, the Japanese government had promoted only one kind of cherry tree -- the Somei Yoshino -- and it became a symbol of modernity and imperialism during the war.

Abe has delved into Ingram's personal archives as well as interviewing family for the publication which will come out in English early next year. Originally the book was in Japanese and received rave reviews. The English adaptation will include more information and also be translated into several European languages. 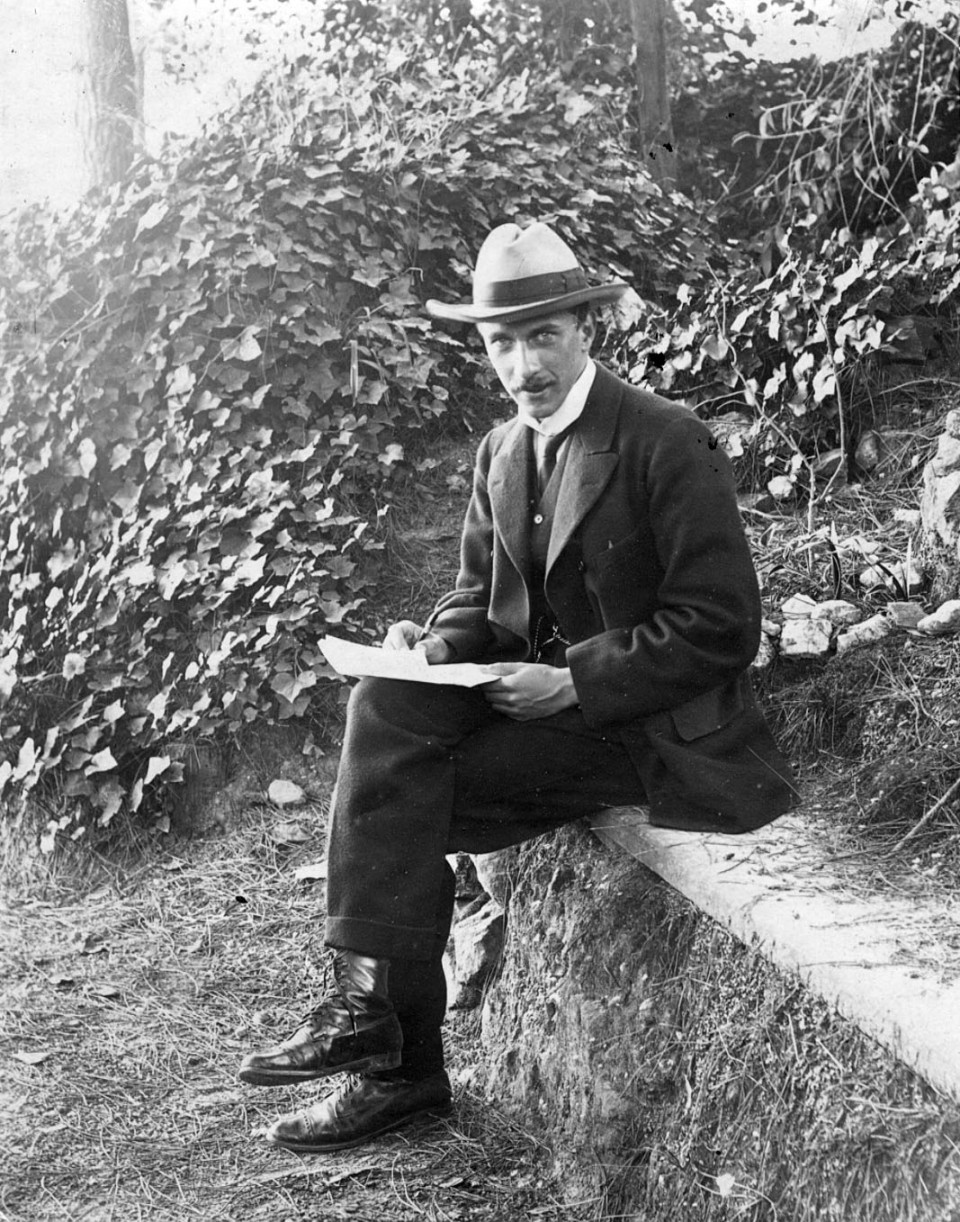 Ingram, who was born in 1880, made several visits to Japan.

In 1919 he bought a large country house in Kent, southern England, where he started his collection. Eventually he had more than 120 varieties of cherry tree and was considered to be a world expert.

In 1926, Ingram attended a conference in Tokyo where he warned about the loss of cherry tree varieties.

Abe said, "He hated the fact that most Japanese no longer cared for the cherry varieties which were dying out."

"So Ingram decided to save them himself. He traveled on horseback, by ship, car and on foot, looking for blossoms he didn't have."

He introduced more than 50 cultivated varieties to Britain from Japan and is said to be the first person in the world to create new varieties by artificial hybridization. These included the "Kursar" tree, which is a fusion from northern and southern Japan.

Possibly Ingram's greatest achievement was to restore the Taihaku (Great White Cherry) to Japan which was thought to have died out.

After many unsuccessful attempts, a graft was successfully transported to Japan stuck inside a potato on the trans-Siberian railway. The Taihaku he helped to grow is still flowering at a nursery in Kyoto, Abe discovered during her research.

But that was not the end of Ingram's connection to Japan, as Abe learned much to her amazement.

She found out that his daughter-in-law, Daphne, was a prisoner of war in Hong Kong during the war and remained hostile to Japan for the rest of her life. Ingram and she never spoke about Japan.

At the same time, in Hokkaido, a local history expert, Masatoshi Asari, was researching the lives of British POWs held on the island and was inviting them on reconciliation tours.

Asari was also a cherry grower -- having read one of Ingram's books -- and in 1993 he donated some of his Matsumae cherries to Windsor Great Park in Britain as an act of atonement.

And in the late 1990s, a gardener at Windsor, who had grown up near Ingram's house, requested 14 Matsumae saplings be sent to Ingram's old garden in Kent to mark the millennium.

Abe said, "Asari's Matsumae cherries had no direct link to the Ingram family, but I can't help but marvel at how these reconciliation cherries created by a POW historian from Hokkaido found their way to The Grange (the house that used to belong to Ingram.)

"Asari is 87 and he couldn't believe it when I told him. He said, 'It's destiny'. These cherries are symbols of rebirth, redemption and restitution, offering comfort to Daphne and all former POWs."

Today, many of the cherry trees Ingram planted all those years ago are still flowering at The Grange.

The English version of "'Cherry' Ingram -- the English Saviour of Japan's Cherry Blossoms," is due to be published in February 2019 by Chatto and Windus.