Labor group members clashed with police on Tuesday as they sought to erect in front the Japanese Consulate General in Busan a statue symbolizing Korean laborers forcibly taken to Japan during its rule over the Korean Peninsula between 1910 and 1945.

The group also held a rally in the afternoon, joined by thousands of people, demanding the installation of the bronze statue of a gaunt man in front of the consulate in South Korea's second-largest city. But the group members said they will give up, having been unable to force their way through the heavily guarded area.

With the South Korean government calling on the labor organization to place it at a different location, the police ended up encircling the statue on a sidewalk not far from the diplomatic mission. It is unclear whether the group may make another try.

If brought to the consulate, the statue is certain to add to friction between South Korea and Japan, which have been at odds over historical issues including a protracted row over Korean women who were coerced to work at Japan's wartime military brothels. 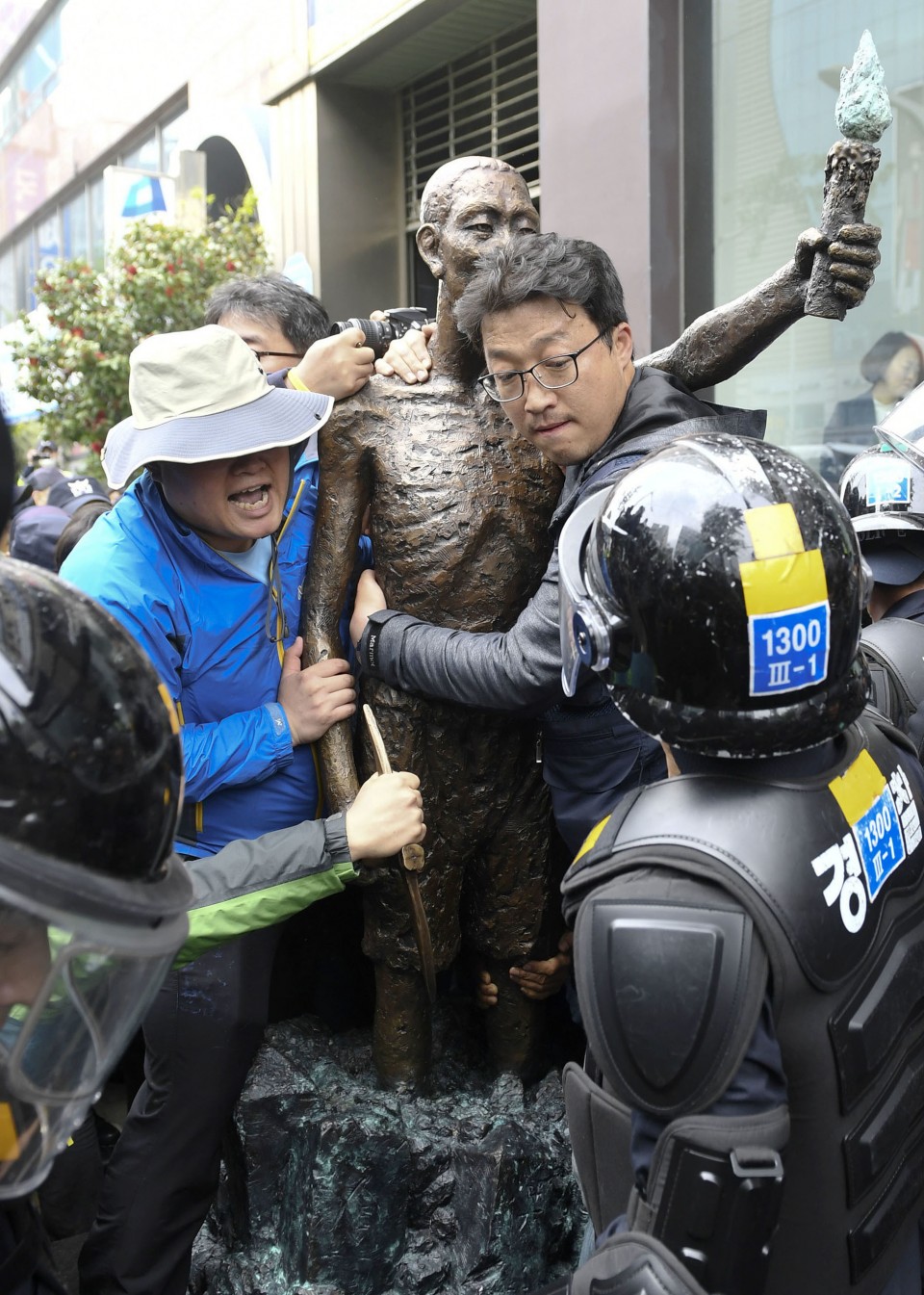 Tokyo, citing diplomatic protocol, has objected to the erection of the statue in front of the consulate, where a life-size statue depicting a girl representing the "comfort women" already stands.

When the "comfort women" statue was erected in late 2016 by a different civic group, the Japanese government temporary recalled Japan's consul general in Busan along with the Japanese ambassador to South Korea in protest.

Japan says such statues violate the terms of the Vienna Convention, which requires the host state to prevent any disturbance of the peace at a diplomatic mission or impairment of its dignity.

Tokyo is closely watching the development, concerned that any issue that could undermine bilateral ties may adversely affect its cooperation in dealing with North Korea's nuclear and missile issues.

Late Monday night, labor group members sought to move the statue closer to the planned site, only to be blocked by the police. They made another attempt Tuesday morning and were removed by the police. 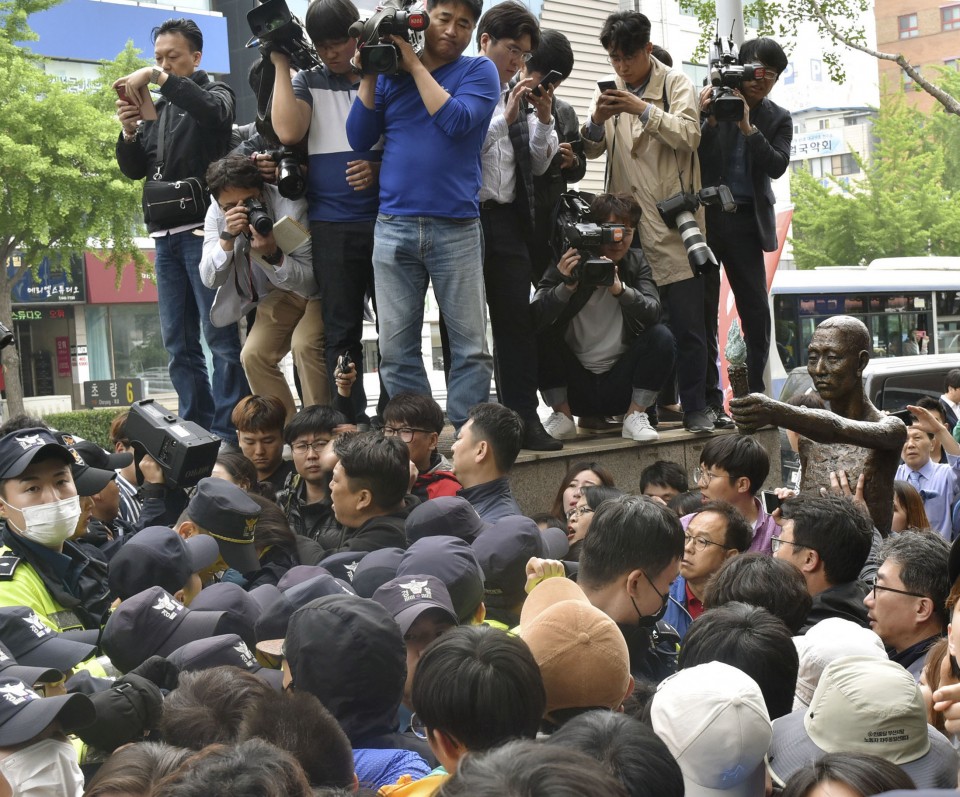 The local headquarters of the labor group has insisted that the new statue "is not intended to intimidate" the Japanese side, but that it wants an "apology and compensation" over the forced labor issue as part of efforts to build peace.

The municipality in charge of the planned statue erection site placed some plant pots in the area in late April, raising speculation that it was trying to thwart the labor group's plan. But the pots were removed after the group lodged a protest.

During World War II, many Koreans were brought to Japan as forced laborers to work at factories and elsewhere to address wartime manpower shortage.

Japan maintains that all issues of individual compensation to victims of forced labor during Japan's colonial rule of Korea have been settled under an agreement attached to a 1965 treaty that established diplomatic ties between Japan and South Korea.

South Korea's Supreme Court made a landmark decision in 2012 that the right of former forced workers and their families to seek compensation was not invalidated by the 1965 agreement, leading such former workers to win in related lawsuits.

Since August last year, statues representing forced Korean laborers had been erected in Seoul and elsewhere, according to the Japanese Foreign Ministry.

On the comfort women statue, South Korea said in a 2015 deal with Japan that it "acknowledges" Japan's concerns about the statue in front of the Japanese Embassy in Seoul and would "strive to solve this issue in an appropriate manner."

But the statue has remained in place and South Korean President Moon Jae In has taken a critical view of the 2015 accord, which, under his predecessor Park Geun Hye, sought to "finally and irreversibly" settle the comfort women issue with Japan.