North Korean leader Kim Jong Un told Chinese President Xi Jinping during a surprise trip to China this week that his country would abandon its nuclear weapons in the absence of a security threat, official media reported Tuesday, ahead of an envisioned summit between Pyongyang and Washington.

Kim met with Xi in the northeastern port city of Dalian on Monday and Tuesday, China's state-run Xinhua News Agency said, adding that Xi hosted a welcome banquet for him, and the two men took a stroll together and attended a luncheon.

"As long as relevant parties abolish their hostile policies and remove security threats against the DPRK, there is no need for the DPRK to be a nuclear state and denuclearization can be realized," Kim was quoted by the news agency as saying.

DPRK is the acronym for North Korea's formal name, the Democratic People's Republic of Korea.

Kim is expected to hold a summit with U.S. President Donald Trump by the end of this month for the first-ever summit between North Korea and the United States. 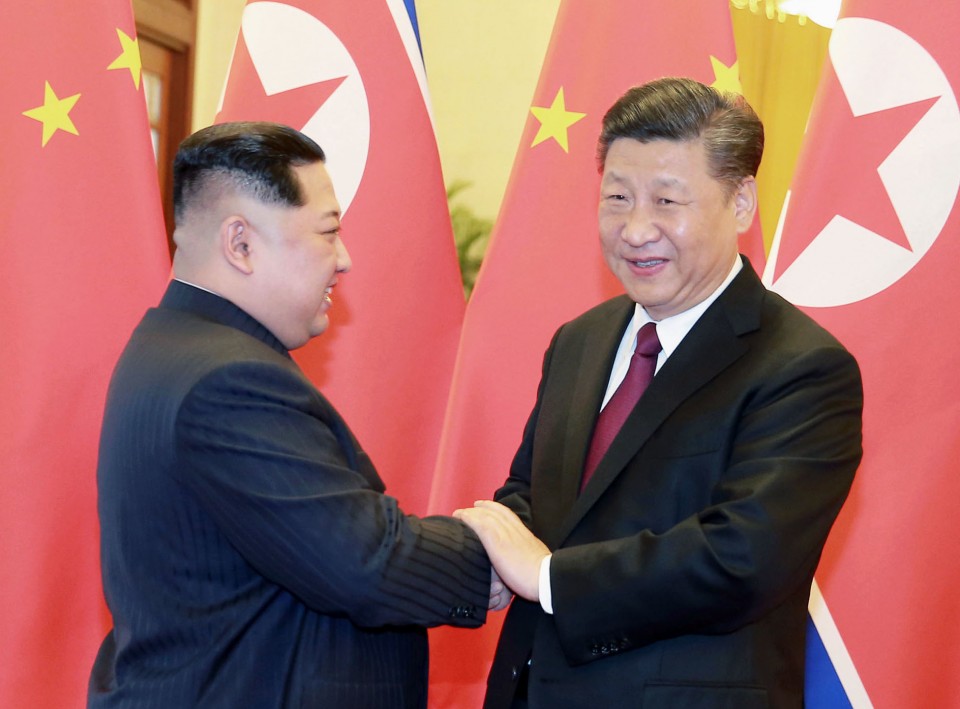 The North Korean leader is believed to have tried to obtain support from China before the expected tough negotiations with Trump, who has urged North Korea to give up all its nuclear weapons.

Kim, meanwhile, may call on Trump to protect the continuation of its hereditary regime in return for pledging to achieve denuclearization on the divided peninsula.

"In a cordial and friendly atmosphere, the top leaders of the two parties and the two countries had an all-round and in-depth exchange of views on China-DPRK relations and major issues of common concern," Xinhua said.

Xi was quoted as saying by the news agency that Kim made the trip "at a crucial time when the Korean Peninsula situation is undergoing profound and complex changes."

In late March, Kim travelled to China in his first foreign trip since becoming North Korea's supreme leader following the death of his father Kim Jong Il in December 2011 and held a surprise summit in Beijing with Xi.

"After the first meeting between me and Comrade Chairman, both China-DPRK relations and the Korean Peninsula situation have made positive progress. I feel happy about it," Xi was quoted by Xinhua as telling Kim.

North Korean state-run television also reported that Kim and Xi met for talks on Monday and Tuesday, and that Kim Yo Jong, Kim's sister and close aide, accompanied him.

Kim's trip to Dalian comes around 10 days after he held a historic summit with South Korean President Moon Jae In on April 27.

Ramped-up security in Dalian since Monday fanned speculation of a visit to the northeastern Chinese port city by a high-ranking North Korean official.

South Korea's Yonhap News Agency initially reported that Kim may have flown to Dalian in Liaoning Province on Monday by a special plane, citing sources familiar with the North. 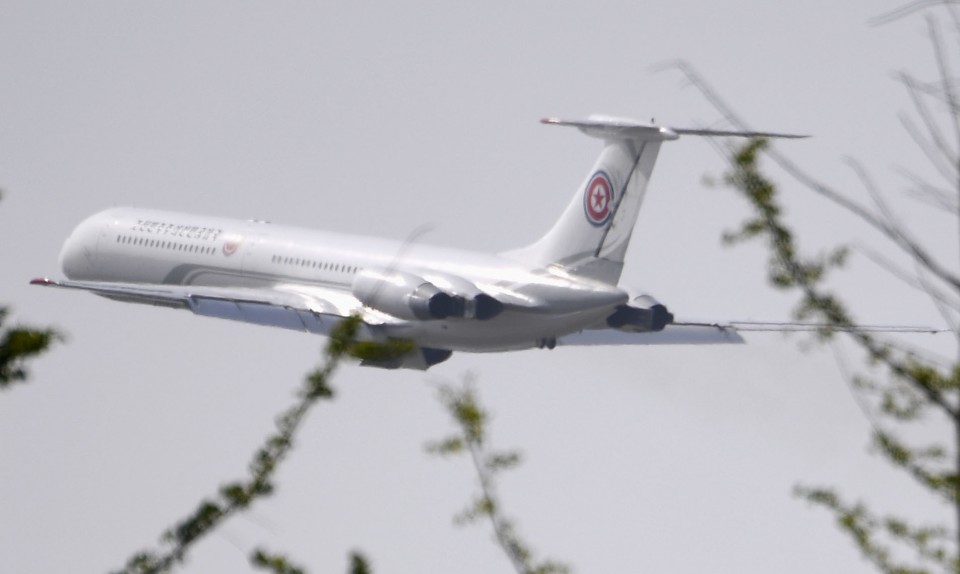 At the inter-Korean summit, Kim and Moon signed a joint declaration including an agreement to pursue "complete denuclearization" on the Korean Peninsula and strive to formally end the 1950-1953 Korean War.

In the war, United Nations forces led by the United States fought alongside South Korea against the North, which was supported by China and the Soviet Union. Hostilities ceased with an armistice agreement signed on July 27, 1953 by the U.S.-led U.N. Command, North Korea and China.

Relations between Beijing and Pyongyang have been sharply improving in the wake of Kim's visit to China late last month. Earlier this month, Chinese State Councilor and Foreign Minister Wang Yi visited Pyongyang and met with Kim.

Beijing has welcomed North Korea's recent commitment to denuclearization. China has called on the international community to resolve the nuclear issue on the Korean Peninsula in a peaceful manner through dialogue.