Major retailers and manufacturers in Japan are beginning to pay greater attention to consumers who identify themselves as members of the lesbian, gay, bisexual and transgender (LGBT) community in serving customers and developing products.

According to a survey conducted by ad giant Dentsu Inc. in 2015, one in every 13 people is estimated to be a member of the country's LGBT community.

The size of consumption by community members and spending by their supporters on products and services provided by companies friendly to sexual minorities is estimated at 6 trillion yen ($55 billion), Dentsu said, referring to such expenditures as "rainbow consumption" after the colors often used in LGBT social movements.

A department store operated by Marui Group Co. in central Tokyo's Yurakucho district held an event for LGBT people in February to give them tips on choosing and buying suits, with members of ReBit, a civic group supporting them, joining the store's sales staff in waiting on visitors.

The store prepared garments with wider size and design choices in consideration of sexual minorities, including transgender people whose gender identity differs from their sex assigned at birth. 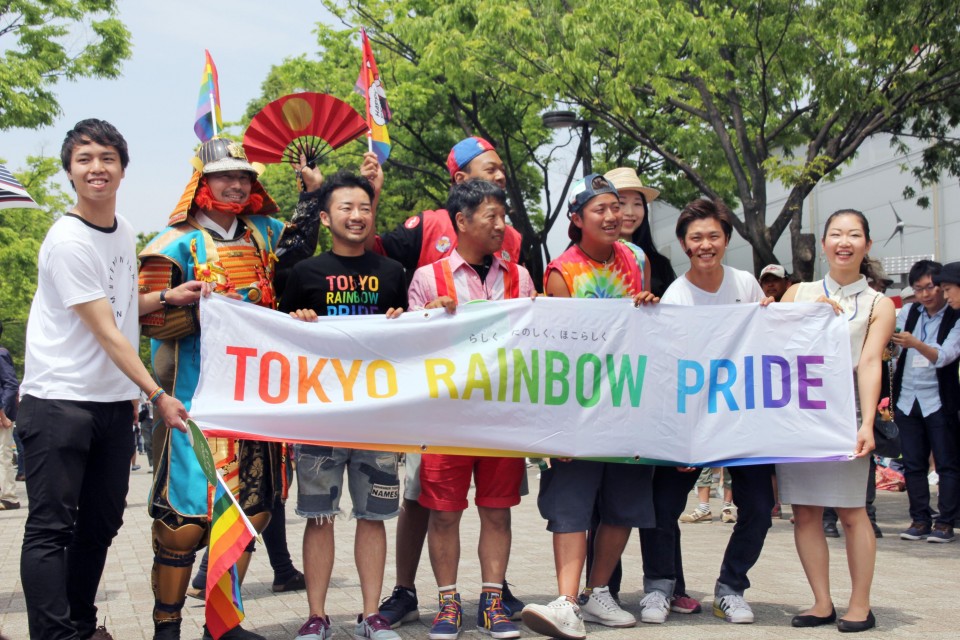 "I always felt reluctant to go buy suits at shops, but today I enjoyed choosing," said a 26-year-old transgender man after having his waist measured.

The retailer said it has been promoting diversity-related efforts for several years so that all customers can enjoy shopping at its stores.

Kirin Holdings Co. held the first LGBT workshop for its employees last year in which participants discussed prejudice, including the assumption that beer is a beverage for middle-aged men, in an effort to eliminate discrimination against LGBT individuals.

The beverage maker said it aims to improve employees' understanding of issues related to sexual minorities through such efforts and apply the increased awareness to product development and sales promotion strategies.

Shiseido Co. has offered advice on makeup and skincare to LGBT people at events since 2015. "It may be difficult for people to go to buy cosmetics at stores if they have male bodies, but there is certainly demand (for cosmetics from such customers)," a public relations official of the cosmetics maker said.

The companies' moves catering to LGBT people are in sync with the recent recognition of same-sex partnerships by some local governments, including the Tokyo wards of Shibuya and Setagaya.