Zagitova has decided to name the red-haired female Akita dog "Masaru," meaning victory in Japanese, although the name is typically used for men in Japan.

"I have been looking forward to today. I am happy to be given such a wonderful present," she said at the ceremony at a Moscow hotel.

Takashi Endo, president of the preservation group, handed Masaru to Zagitova, with the puppy soon starting to lick the skater's face.

"We hope Masaru will be the symbol of expanding ties between Japan and Russia," Endo said.

The 16-year-old skater fell in love with Akita dogs through photos in a magazine when she was in central Japan to prepare for South Korea's Pyeongchang Winter Olympics in February. She asked her mother to get an Akita dog for her if she fared well at the Olympics.

Learning of the news, the group based in Odate in the northeastern prefecture of Akita decided to present the puppy.

The puppy was chosen by the star skater from a batch of candidates offered by the group.

Abe is visiting Russia for an international economic forum in St. Petersburg and a summit with President Vladimir Putin in the capital. 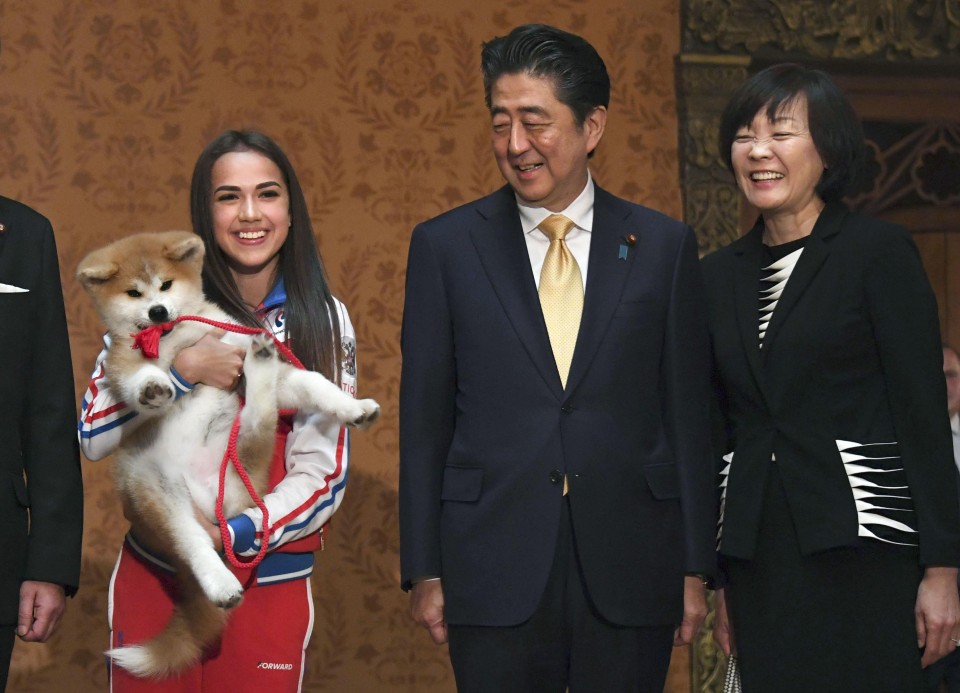