Seattle Mariners general manager Jerry Dipoto confirmed Monday the possibility of Ichiro Suzuki playing in Japan in the spring of 2019 though the team just announced his move to an advisory position.

Speaking on MLB Network Radio, Dipoto said it will be a perfect opportunity for the 44-year-old Suzuki to return to the playing field when the Mariners and Oakland Athletics open their 2019 season with a two-game series on March 20-21 at Tokyo Dome.

"There's a strong likelihood that you will see Ichiro next year suit up, particularly in Tokyo. It's a great opportunity for the Mariners, for Major League Baseball, and for the NPBL (Nippon Professional Baseball)," Dipoto said.

"You're talking about one of the iconic players in the history of baseball and a legend in two countries, if not really the world. The presence he has globally in baseball is just too much to pass up and I think it's just good for everybody."

The Mariners announced Thursday that Suzuki, who was the second-oldest active player behind Texas Rangers pitcher Bartolo Colon, will not play again in the 2018 season and will transition to the role of special assistant to the chairman of the organization. 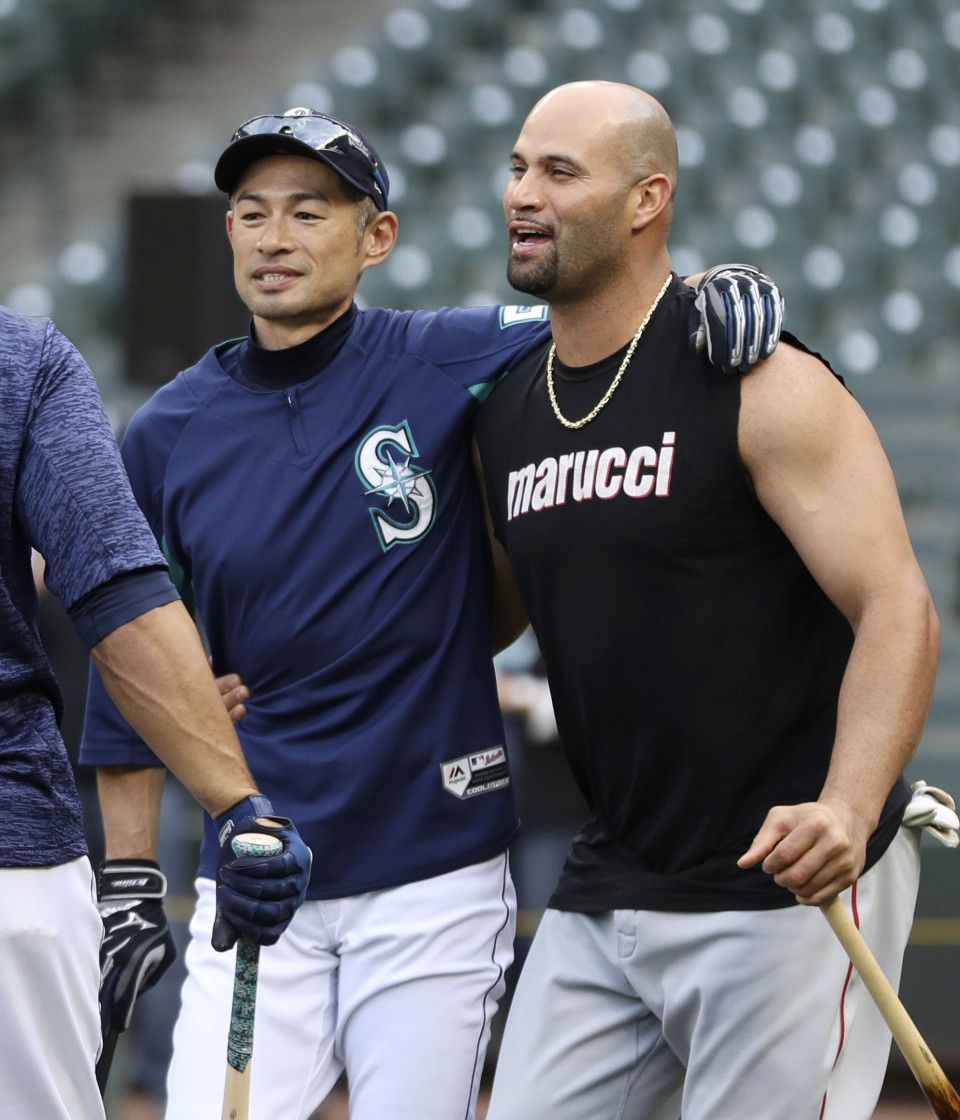 (Ichiro and Angels slugger Albert Pujols at Safeco Field on May 4.)