The Japanese government on Friday greeted with cautious optimism the news that U.S. President Donald Trump is willing to explore re-entering the Trans-Pacific Partnership trade deal, while stressing that Washington should accept the original terms.

"If this means that President Trump is correctly evaluating the significance and effects of the TPP, it's something we want to welcome," Toshimitsu Motegi, Japan's minister in charge of the TPP, said after a Cabinet meeting.

But he added: "The 11 participating countries share the thinking that it would be extremely difficult to take out part of the TPP and renegotiate or change it."

He said Japan wants to ascertain Trump's thoughts on trade policy through a summit between the U.S. leader and Prime Minister Shinzo Abe in Florida next week.

Trump directed U.S. Trade Representative Robert Lighthizer and Larry Kudlow, director of the National Economic Council, to look into rejoining the pact in a meeting on Thursday with lawmakers and state governors, according to Republican senators who were at the meeting.

The U.S. withdrawal from the TPP shortly after Trump's inauguration last year made Japan the largest of the 11 Pacific Rim economies left in the deal. Those countries signed a new version last month that had been revised to account for the U.S. absence. 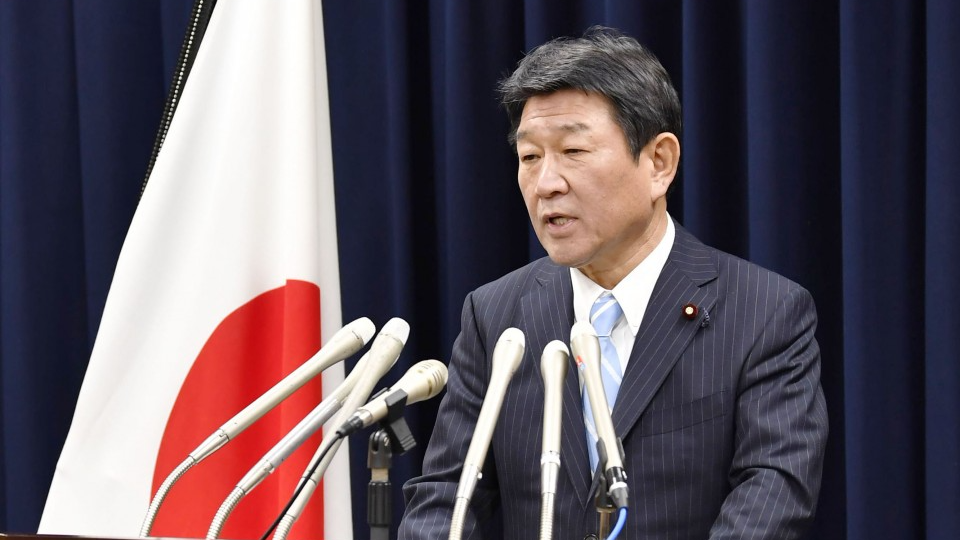 (Toshimitsu Motegi, Japan's minister in charge of the TPP)

Likening the pact to a glass sculpture, Motegi said its "high-standard and balanced" terms had been hard-won through long negotiations.

"We will keep making clear to the United States the economic and strategic importance of the TPP, including the fact that it would serve as a plus for the U.S. economy and employment," Suga told a press conference.

Finance Minister Taro Aso suggested that Trump's shift on the pact should be approached with caution.

"We need to confirm the facts...(Trump) can be temperamental and might say something different the next day," Aso said.

Trump has hinted at an interest in rejoining the TPP since January this year, having previously said his administration would pursue bilateral trade deals rather than multilateral ones.

The shift comes amid a developing trade dispute between the United States and China, which did not take part in the TPP.