Shohei Ohtani lasted just two innings after he developed a blister on his pitching hand Tuesday and was tagged with his first major league loss as the Boston Red Sox trounced the Los Angeles Angels 10-1.

Ohtani (2-1), pitching in his third game since moving to the majors, gave up a homer to the first of 12 batters he faced at Angel Stadium and never recovered, allowing three runs on four hits and two walks before being pulled.

"My forkballs were not coming out of my hand smoothly, my fastball grip was not good, and a lot of sliders got away from me," Ohtani said. "I failed to meet my responsibility as the starting pitcher." 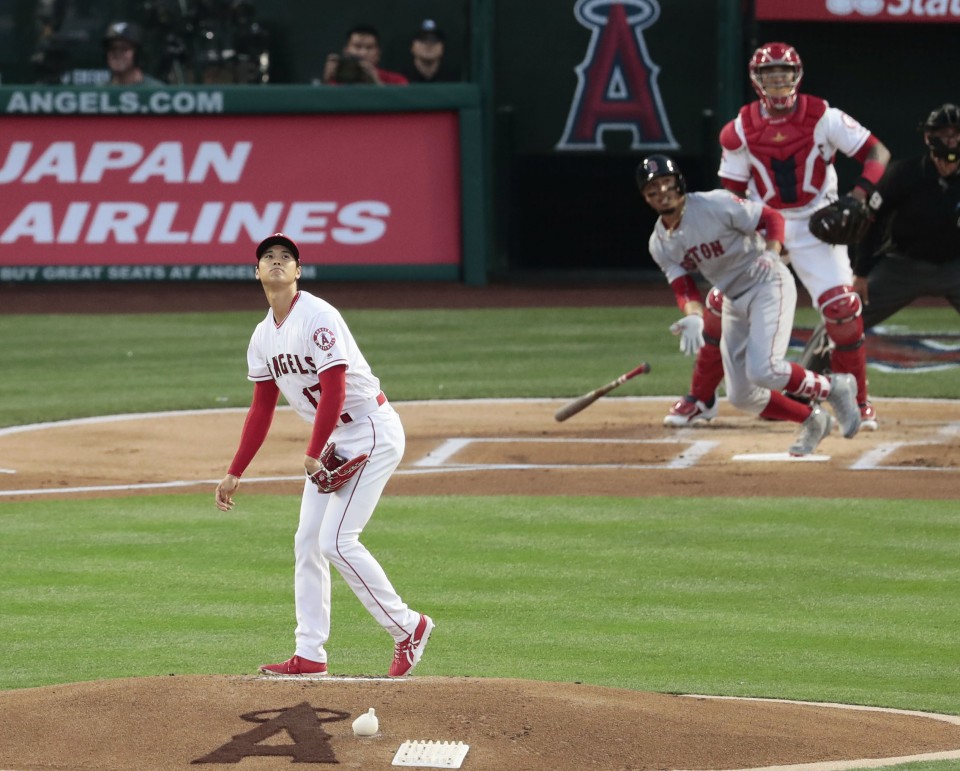 Leadoff man Mookie Betts got the jump on Ohtani, opening the game with the first of his three homers. Betts fell behind 1-2 but worked the count full as Ohtani displayed the lack of control that would haunt his start. Betts fouled off a 3-2 fastball outside the zone and then went down to get a low fastball and launched it over the wall in left field.

After a groundout and a single, Ohtani notched his only strikeout of the game on a check-swing strike on a 3-2 pitch out of the zone. He escaped more danger with a foul fly for the third out, but the Red Sox punished him further in the second. 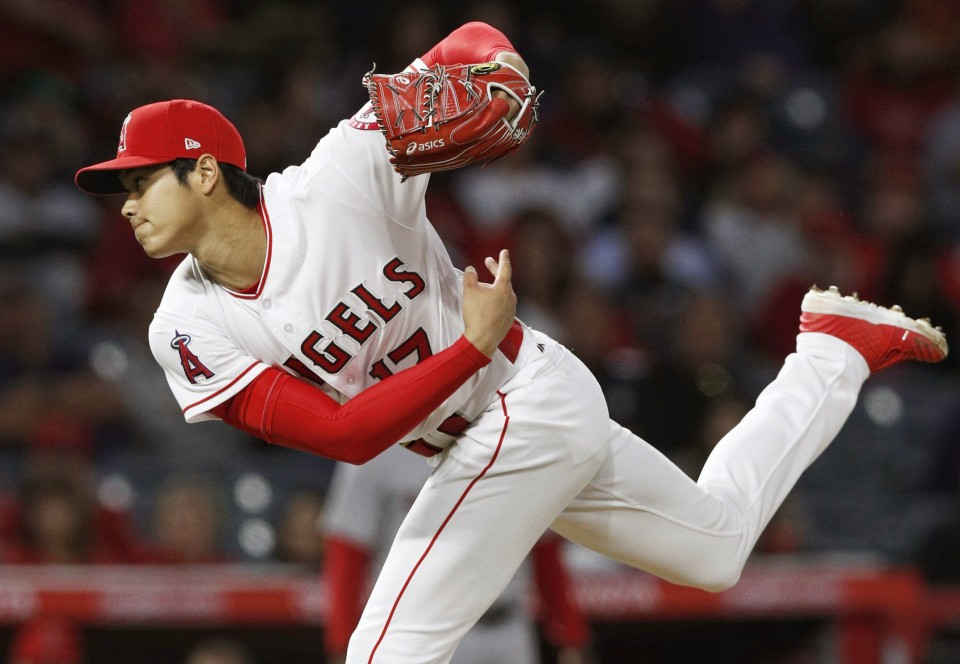 Unable to reliably throw any of his pitches for strikes other than his fastball, Ohtani allowed a one-out single and a walk. With Ohtani rearing back and firing at close to 100 miles per hour (160.2 kilometers per hour), Brock Holt miss-hit a 2-1 fastball and looped it into left for an RBI single. Betts fell behind 0-2 before drawing a nine-pitch walk that set up Andrew Benintendi's sacrifice fly.

Luke Bard relieved Ohtani in the third but the Angels' woes deepened as the Red Sox blasted four homers and six runs against the righty in 1-2/3 inning.

Albert Pujols, the Angels DH when Ohtani is out of the batting order, hit an RBI single in the bottom of the third for the Angels' sole run, but it was Betts who stole the show, his return to the leadoff spot marked by his third three-homer game of his career.

Boston lefty David Price (2-1) struck out six and allowed one run and four hits in five innings for the Red Sox, who lead the American League East.

In other AL games, Japanese right-hander Masahiro Tanaka gave up seven runs in five innings and suffered his second loss of the season in the New York Yankees' 9-1 defeat to the Miami Marlins. 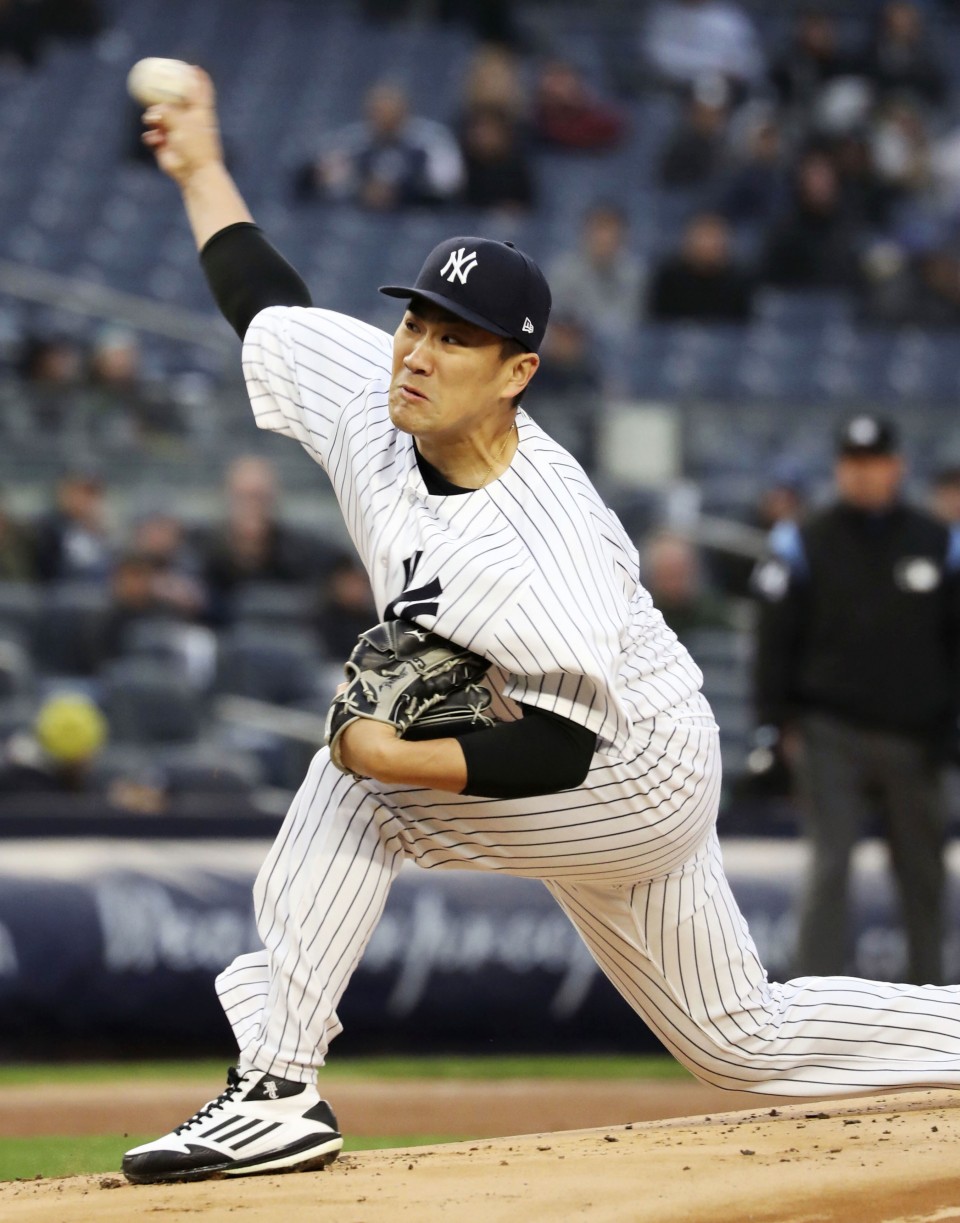 After winning two of his first three starts this season, Tanaka (2-2) allowed the Marlins to score three runs in the opening inning at Yankee Stadium after getting himself in a no-out, bases-loaded jam.

The visitors made it 4-0 on a Derek Dietrich RBI single in the second, and though Tanaka managed to hold them scoreless in the third and fourth innings, he surrendered a three-run homer to Marlins catcher J.T. Realmuto with two outs in the fifth.

"I should have persevered even when I had runners on base but I couldn't and that was the biggest reason for the loss. None of my pitches were good," said Tanaka, who yielded eight hits with five strikeouts and two walks in an 83-pitch outing.

Tanaka, who was booed off the mound, has given up at least one homer in each of his four starts.

The Yankees avoided a shutout when Miguel Andujar homered in the ninth but it proved too little, too late.

In his second major league start, Jarlin Garcia (1-0) outdueled Tanaka and held the Yankees to just one hit -- a double to Andujar -- in five innings of work. The 25-year-old Dominican pitched six hitless innings in his first start last week.

Seattle veteran Ichiro Suzuki went 1-for-3 with a single in the Mariners' 4-1 loss to the Houston Astros at Safeco Field.

Baseball: Ohtani has multiple-hit game in Angels' victory over Royals

FACTFILE: Everything you need to know about Shohei Ohtani