The top bureaucrat at Japan's Finance Ministry said Wednesday he will step down over allegations made by a weekly magazine that he sexually harassed female reporters.

Junichi Fukuda, 58, said the magazine story was untrue, but had made it too difficult to continue as ministry chief. But later a national television network said one of its reporters had been sexually harassed by Fukuda, and had recorded the harassment.

"Given the situation since the report came out, it has become difficult to fulfill my duties as vice finance minister," Fukuda told reporters. "The weekly magazine story about me is not true and I will continue to make my case in court."

But Wednesday evening, TV Asahi revealed on its news program that one of its female reporters had been sexually harassed by Fukuda, and at a later news conference said the reporter had recorded the harassment and provided part of it to the weekly magazine Shukan Shincho. 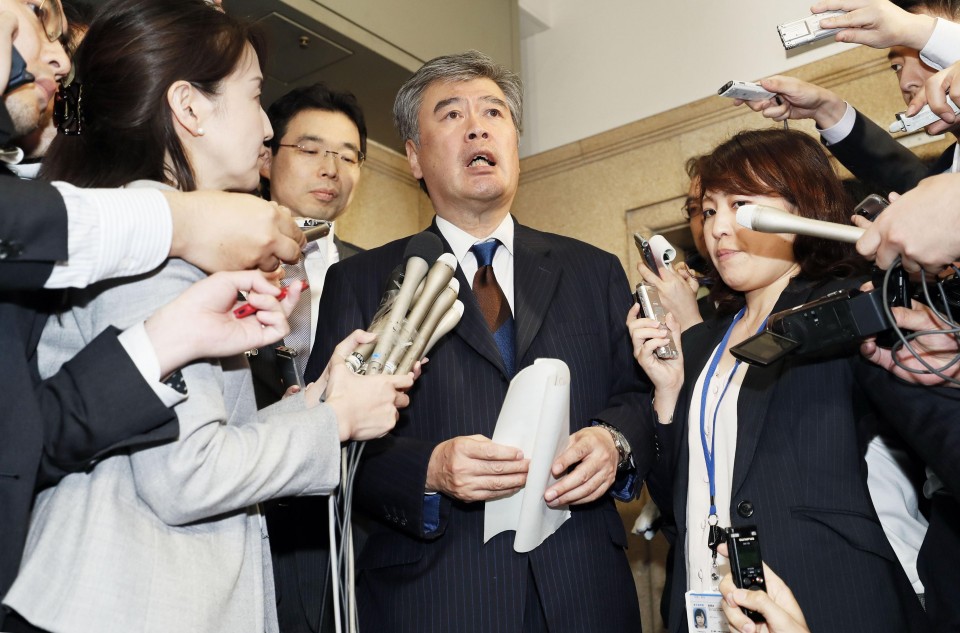 Hiroshi Shinozuka, TV Asahi's news division general manager, said the company will formally lodge a protest with the Finance Ministry over Fukuda's harassment. He also quoted the female reporter as saying it was "disappointing" that Fukuda was stepping down without admitting to harassment.

In a fresh blow to an administration suffering from sinking public support, Fukuda will resign less than a year after assuming the post of vice minister.

Fukuda's departure -- the second senior finance bureaucrat to resign in just over a month -- will likely hurt public confidence in the ministry that was already under fire for doctoring documents related to a suspected cronyism scandal engulfing Prime Minister Shinzo Abe.

The weekly magazine reported this month that Fukuda had made sexually suggestive comments to female reporters. It also released an audio clip allegedly of the top bureaucrat making comments such as "Can I give you a hug?" and "Can I touch your breasts?"

Fukuda said Wednesday he was not sure the male voice in the audio clip was his, adding "I have an impression that different parts were put together."

Before Fukuda's decision to step down, Aso said he did not plan to reprimand the top bureaucrat, saying that the ministry needed to check the accuracy of the magazine report.

The ministry has asked female reporters who feel they were sexually harassed by Fukuda to come forward and contact a law firm chosen by it to investigate their complaints.

The request, made earlier this week to media organizations, has sparked criticism from politicians and even Cabinet ministers who questioned the fairness of that approach.

Lawmakers across party lines had urged Fukuda, who joined the ministry in 1982, to sincerely respond to the allegations against him. Opposition party lawmakers have been urging Finance Minister Aso to take responsibility for appointing Fukuda.

Scandals brought to light by media reports have led to the resignations of a number of politicians in recent years.

On Wednesday, Niigata Gov. Ryuichi Yoneyama announced he was resigning after admitting to a relationship with a woman. The resignation was apparently prompted by a description of the relationship in an article in the forthcoming edition of the weekly magazine Shukan Bunshun which Yoneyama said may "look to some like prostitution."

The Finance Ministry was already facing a barrage of criticism over the discounted sale of state-owned property to a school operator with ties to Abe's wife and the falsification of documents pertaining to the controversial deal. 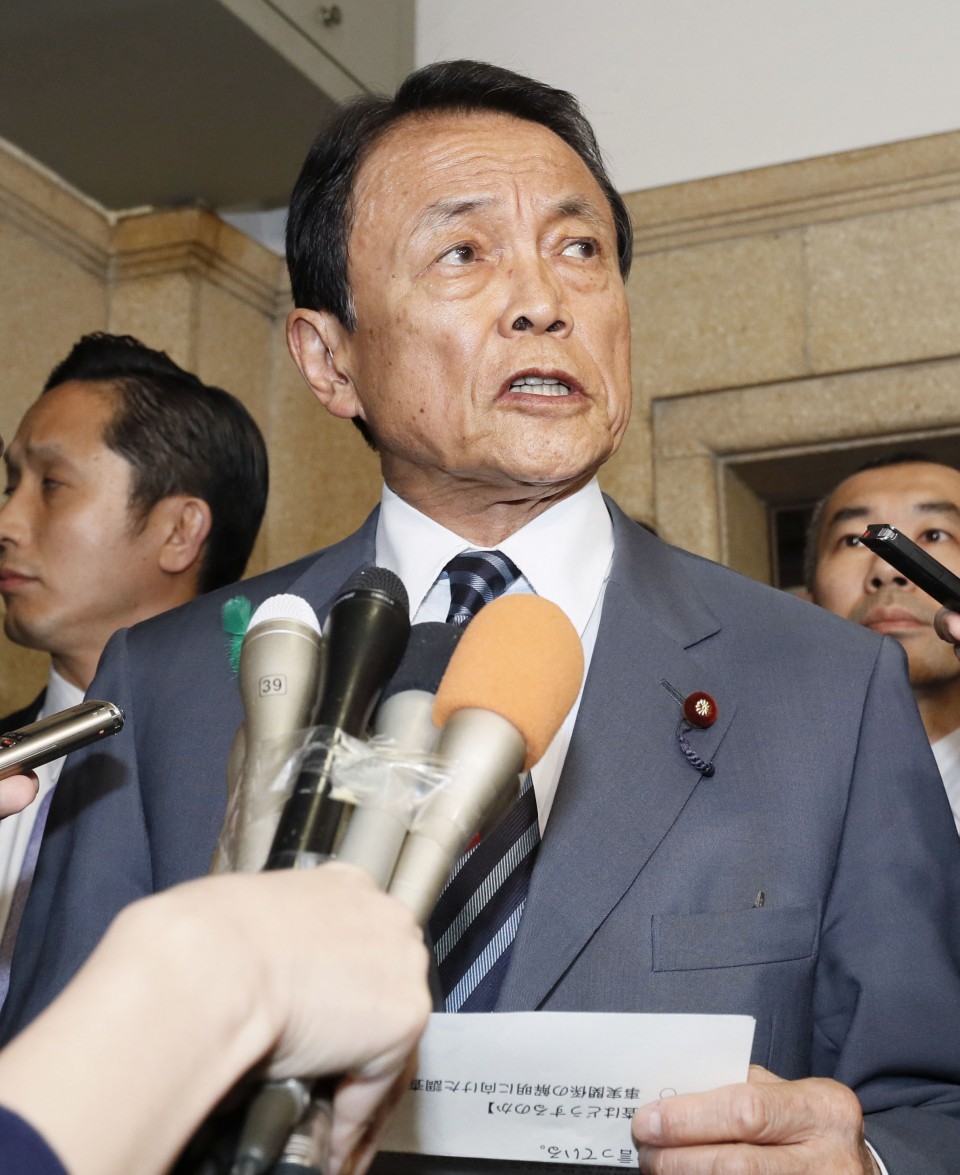 Nobuhisa Sagawa, who led the ministry's bureau in charge of state property management, resigned in early March over the discount land sale scandal.

It is not the first time that the ministry, one of the most powerful in Japan, has experienced a crisis and a drop in public confidence.

Revelations that Finance Ministry officials were dined by financial institutions and provided information about its inspections of banks forced the then finance minister and top bureaucrat to resign in the late 1990s.