Passport stamps becoming a thing of the past

As electronic entry procedures usher arriving passengers more quickly through immigration control at airports around the world, one of the casualties of progress is the time-honored passport stamp.

While many travelers welcome the improved efficiency, for those who regard passport stamps as souvenirs of their travels, they are going to miss the memories that an immigration stamp can trigger of far-off destinations they have visited.

As the number of air passengers grows, airports are looking at ways to avoid congestion at passport control, and getting rid of the tradition of stamping passports is one of the solutions. "There is a trend to eliminate the passport stamp to shorten processing times, especially in advanced nations," a Japanese airport official said. 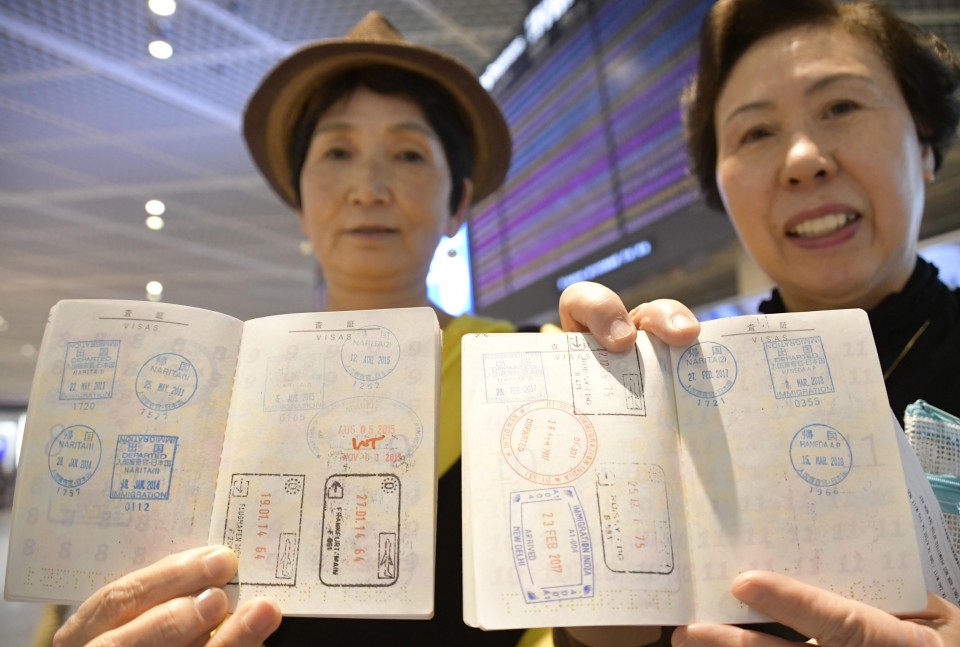 In Japan, this has seen biometric measures, such as facial recognition, beginning to replace stamping passports as a way of tracking the entry and exit of passengers.

In a move to speed up procedures, Hong Kong abolished passport stamps in 2013 and instead began issuing computer-generated landing slips bearing the visitor's name, arrival date and date the visitor is permitted to remain until.

Eligible passengers arriving at Australia's major airport hubs have the option of self-processing through passport control via "SmartGate," which uses information in e-passports and facial recognition technology to perform security checks.

Teruo Kawakita, 35, a company employee from Tokyo's Chuo Ward who travels overseas on business every two months, is one who welcomes streamlined border checks. "I always arrange my schedule taking into account (the time I will need) for immigration control. There is nothing better than a shortened wait." 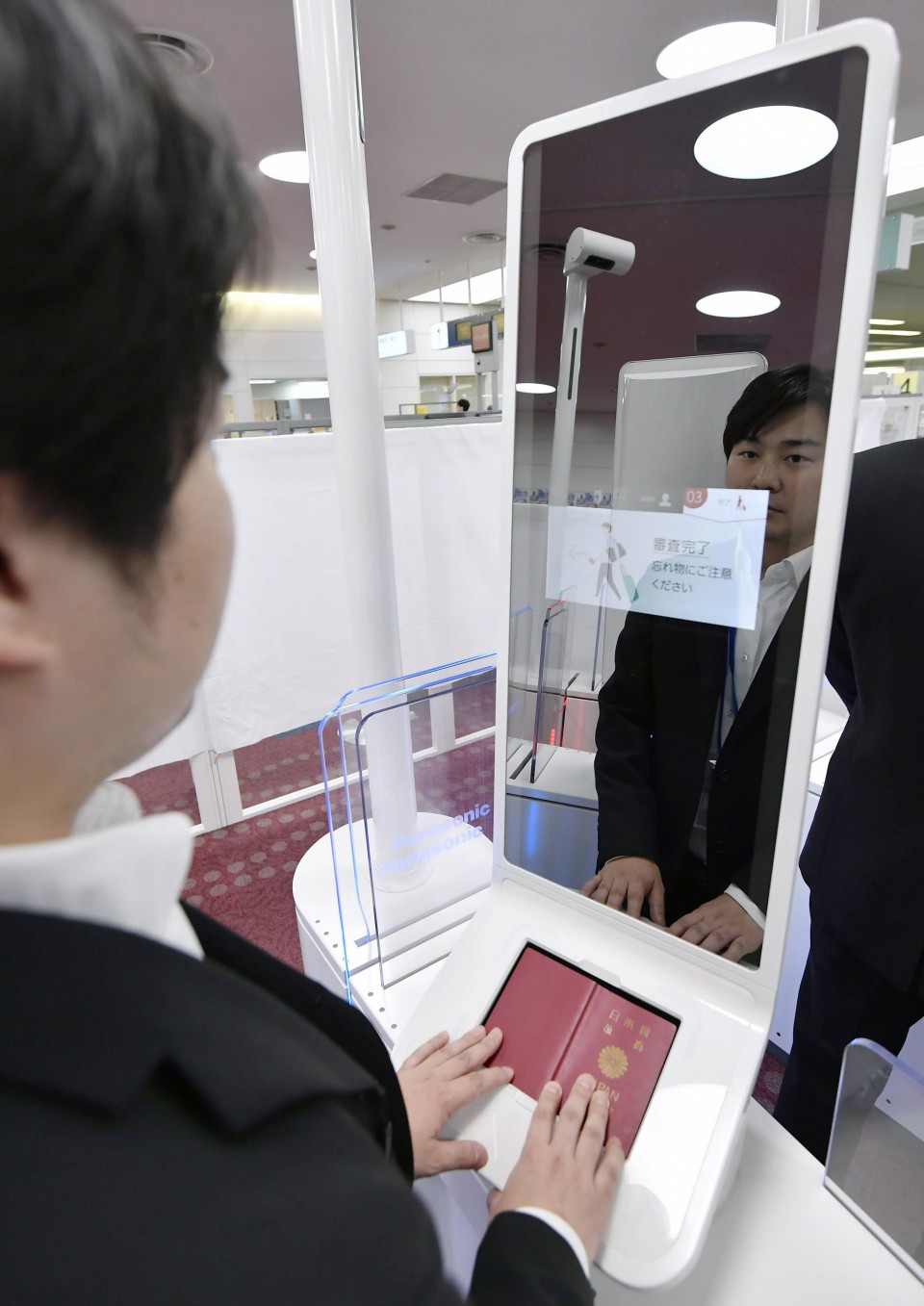 In 2007, Japan started using automated gates in which Japanese nationals and foreigners with valid visa qualifications can register their fingerprints and passport details, even on the day of flight, to pass through arrival and departure procedures more smoothly.

Last October, the country introduced facial recognition gates for use by residents of Japan, with plans to install about 140 gates at Narita, Haneda, Chubu, Kansai and Fukuoka airports by the end of March 2019.

The country is also considering using the facial recognition system on foreign visitors in the future. 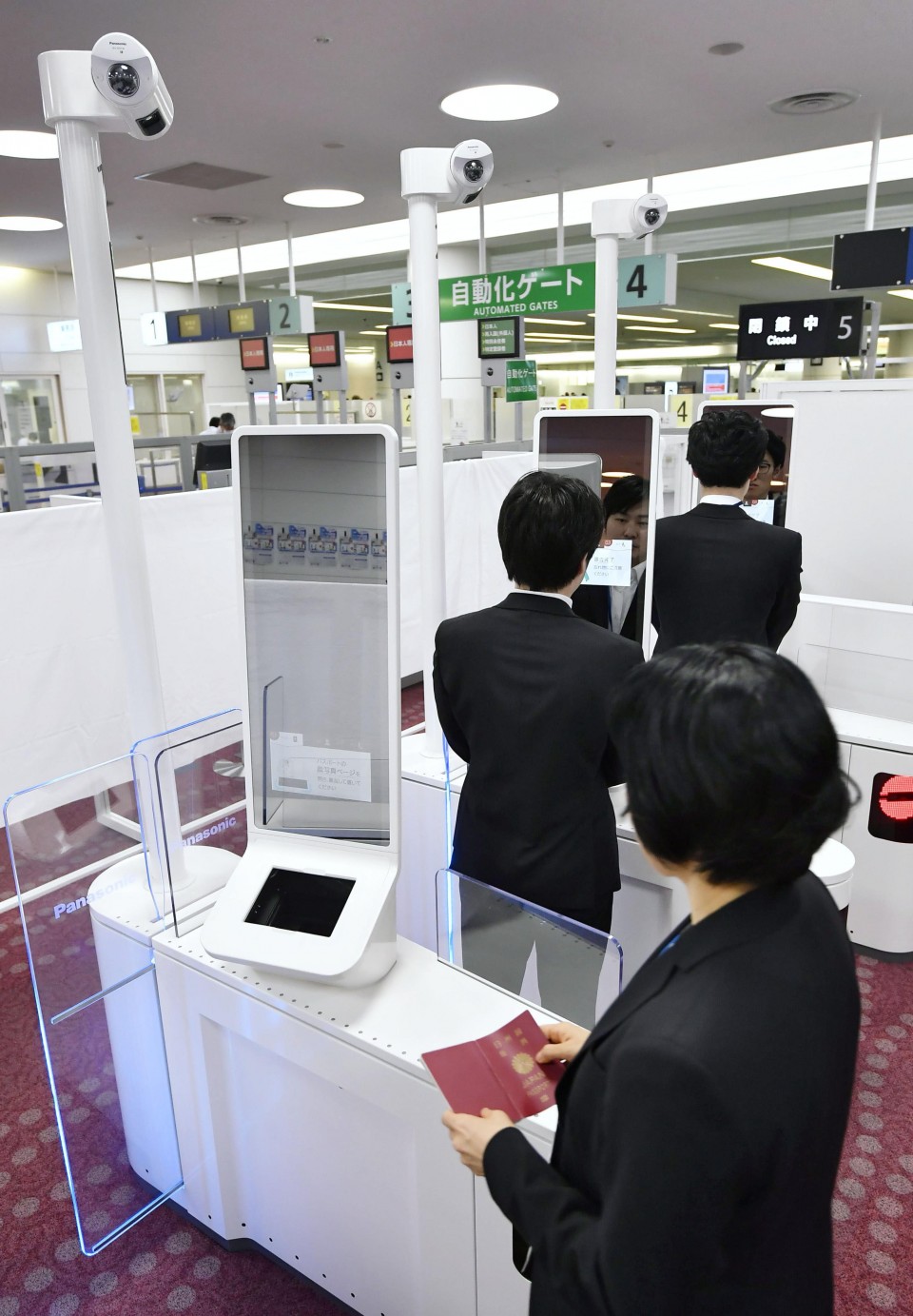 Sachiko Noro, 51, a company employee from Tsugaru, Aomori Prefecture, who returned from a trip to the United States in mid-April, said, "When I look back over the stamps, I am filled with the feeling that I actually traveled to those countries. It may be a trend of the times, but I am sad to see them go."