Japan urges ASEAN to work with OECD on high-quality infrastructure

"There is no reason not to take advantage of the OECD's work on quality infrastructure," Kono told ministers from members of the Association of Southeast Asian nations and other officials at a conference in Tokyo jointly hosted by Japan and the OECD. 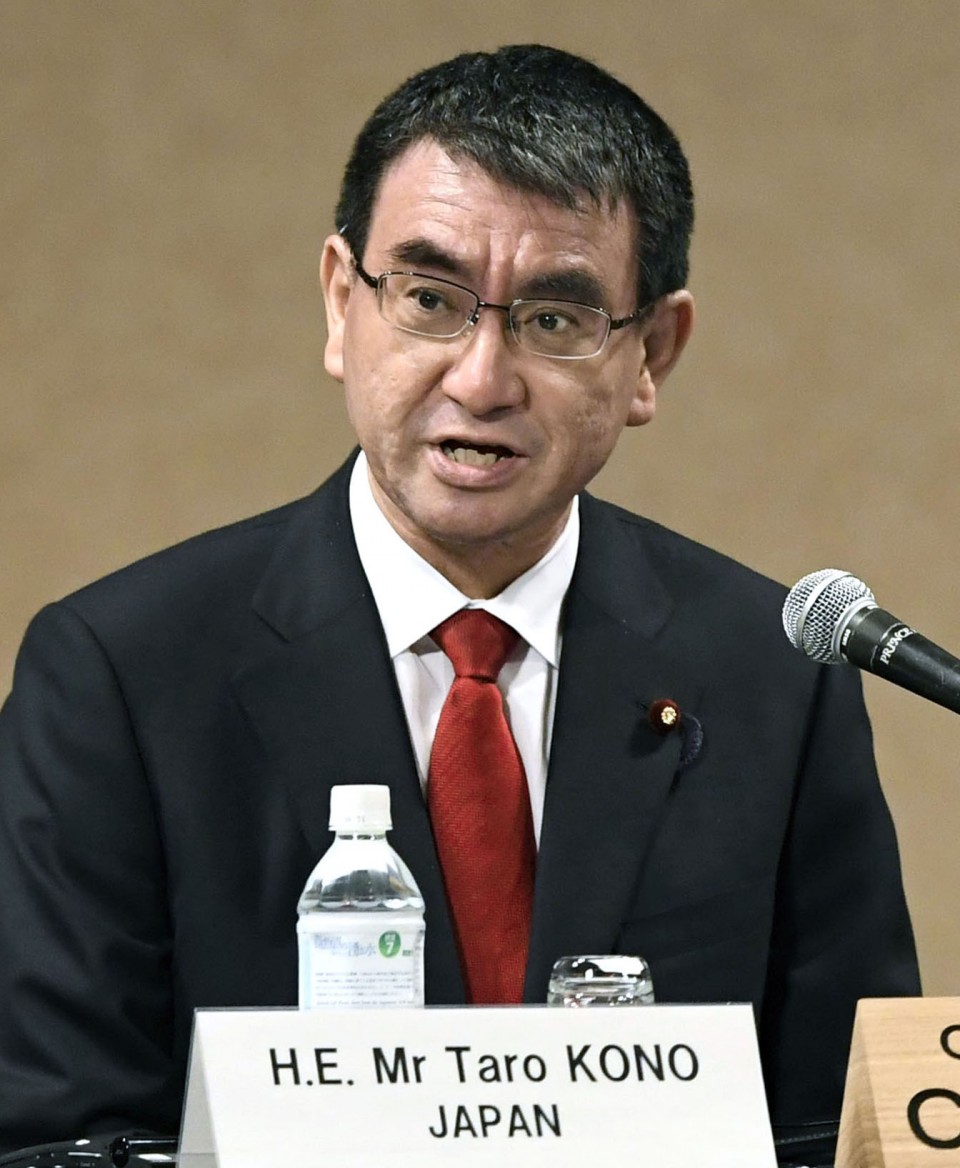 Kono said Japan will continue to promote cooperation between the 10-member regional body and the OECD, with a view to ASEAN members joining the Paris-based group of 35 advanced and emerging economies in the future.

He said the quality of infrastructure is crucial to achieving inclusive and sustainable economic development across Southeast Asia, warning that substandard infrastructure will not only inhibit such development, "but could even become a bottleneck to growth."

Although it eschews mentioning China by name, the Japanese government's repeated emphasis on the quality, openness and transparency of infrastructure projects reflects its desire to counter the influence of China's massive infrastructure investment in the region, including Beijing's "One Belt, One Road" megaproject. China is not an OECD member.

ASEAN Secretary General Lim Jock Hoi and Laotian Foreign Minister Saleumxay Kommasith were among the officials from the bloc speaking at the conference, part of a program established in 2014 to link ASEAN and the OECD.

Japan and Indonesia are the current co-chairs of the program.

"Under the current antiglobalism and protectionist upsurge, the recent discussions in the OECD focus on a new narrative that free trade contributes to inclusive growth," he said.

He said the region will benefit from the Trans-Pacific Partnership, to be signed in Chile later Thursday between Japan, four ASEAN members, and six other Pacific Rim nations.

Japan will put ASEAN at the core of its "free and open Indo-Pacific" strategy, which focuses on a rules-based order at sea, "to consolidate peace and prosperity in the Asia-Pacific region as a whole," Kono said.