But it is uncertain whether security concerns will wane in the Asia-Pacific region as Pyongyang has still been eager to pursue development of a nuclear-tipped ballistic missile that could strike mainland United States. 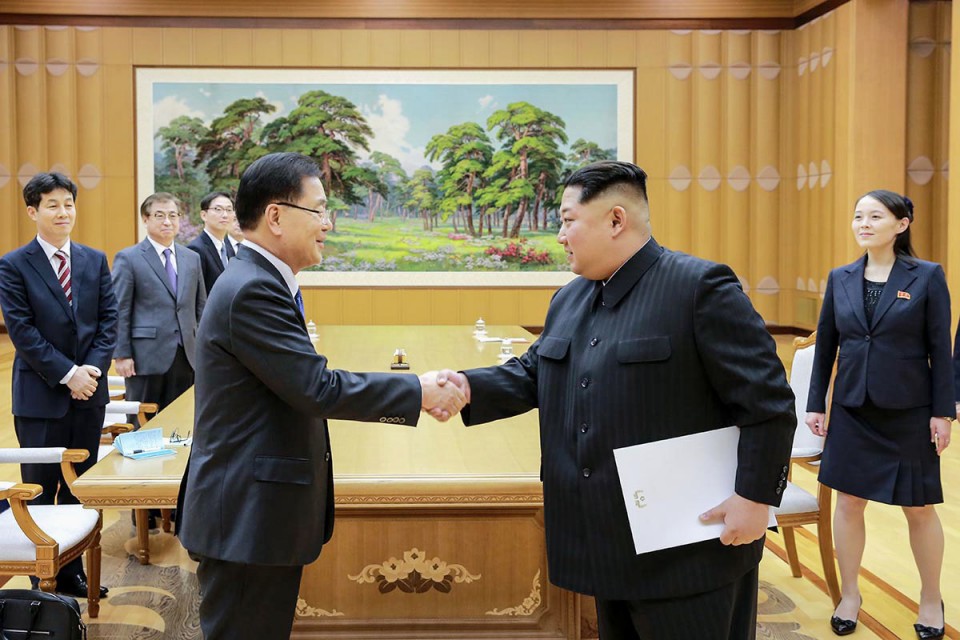 Kim "made an exchange of in-depth views on the issues for easing the acute military tensions on the Korean Peninsula and activating the versatile dialogue, contact, cooperation and exchange," the Korean Central News Agency said.

The meeting between Kim and the delegation of Moon's envoys took place "in a compatriotic and sincere atmosphere," the news agency said.

It was the first time Kim has had direct talks with South Korean officials since he became North Korea's supreme leader following the death of his father Kim Jong Il in 2011.

"Hearing the intention of President Moon Jae In for a summit from the special envoy of the south side, (Kim Jong Un) exchanged views and made a satisfactory agreement," KCNA said.

Kim "gave the important instruction to the relevant field to rapidly take practical steps for it," the news agency added, as Moon has asked North Korea to resume dialogue with the United States as a condition for an inter-Korean summit.

As the two Koreas remain technically at war after the 1950-53 Korean War ended in a cease-fire, their leaders have held formal talks only twice, in 2000 and 2007.

KCNA did not mention whether Kim indicated his intention to move in the direction of denuclearization, which Washington has called for before dialogue with Pyongyang can begin. 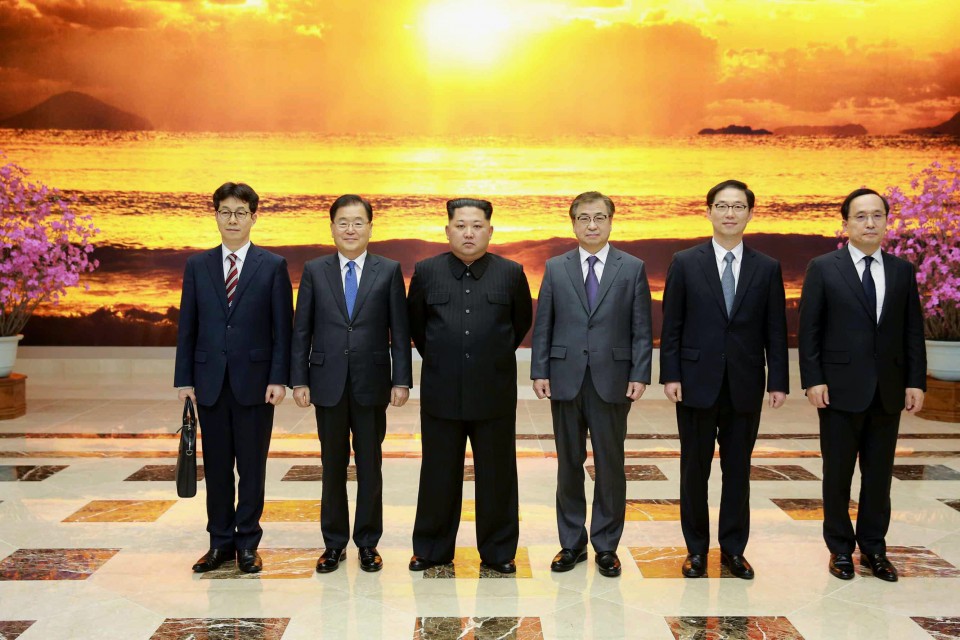 "We should reflect fully on the lesson that past dialogue has not led to North Korea's denuclearization," Chief Cabinet Secretary Yoshihide Suga, the government's top spokesman, said at a press conference later Tuesday.

Tokyo has voiced concerns that Pyongyang is trying to weaken international sanctions against it by cozying up to South Korea, buying more time to advance its missile and nuclear technologies.

Late last month, North Korea surprisingly told the South that it is "fully open" to talks with the United States, but Washington has reiterated any dialogue with Pyongyang must focus on the Northeast Asian state giving up its nuclear weapons programs.

Moon sent his envoys to the North, some analysts say, because South Korea must decide in the not-so-distant future whether to resume joint military drills with the United States that Pyongyang has denounced as rehearsals for invasion.

Seoul is apparently keen to maintain the momentum of talks to prevent the possible resumption of the joint military drills from rekindling tensions between North Korea and the United States.

Washington and Seoul have agreed to suspend their joint drills until the March 18 end of the Pyeongchang Winter Paralympics in South Korea, to which Pyongyang has vowed to send its athletes.

The gathering was "rich in content," a presidential office source said.

Kim hosted a dinner for the visiting delegation, which delivered a letter from Moon to the North Korean leader, KCNA said, adding that he had a photo session with the special envoys. 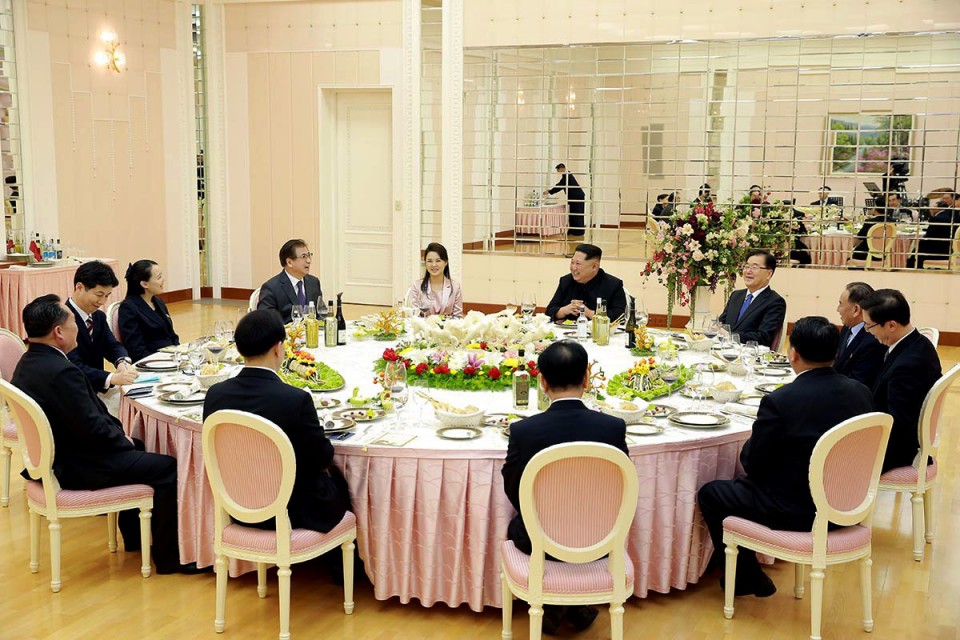 The envoys arrived in North Korea on Monday afternoon and returned to the South on Tuesday. The delegation is expected to hold a press conference after meeting with Moon.

The delegation, composed of five special envoys and five working-level officials, was led by Chung Eui Yong, head of the National Security Office, the presidential office said. Chung is in charge of communication with U.S. government officials.

The envoys also include Suh Hoon, director of the National Intelligence Service. Suh, known as a specialist on North Korea, coordinated summits between the two Koreas in 2000 and 2007.

After the trip to Pyongyang, the envoys will visit the United States to explain the outcome of their trip to North Korea, the office said.

They visited North Korea to reciprocate its dispatch of Kim Yo Jong, Kim Jong Un's younger sister and close aide, as part of Pyongyang's high-level delegation to the Pyeongchang Winter Olympics in South Korea last month.

Kim Yo Jong and Kim Yong Chol, the head of the ruling party's United Front Department, who led a high-ranking North Korean delegation to the closing ceremony of the Olympics, also attended Monday's meeting, the news agency said.

Inter-Korean relations have been apparently improving after Pyongyang decided to join the Feb. 9-25 Pyeongchang Olympics.

"The Winter Olympics served as a very important occasion in demonstrating the stamina and prestige of our nation at home and abroad and providing a good atmosphere of reconciliation, unity and dialogue between the north and the south," Kim Jong Un was quoted by KCNA as saying.