N. Korea to talk with Sweden with U.S. detainees in focus

The two ministers are likely to discuss issues such as North Korea's ongoing detention of three U.S. citizens ahead of the upcoming summit between U.S. President Donald Trump and North Korean leader Kim Jong Un. 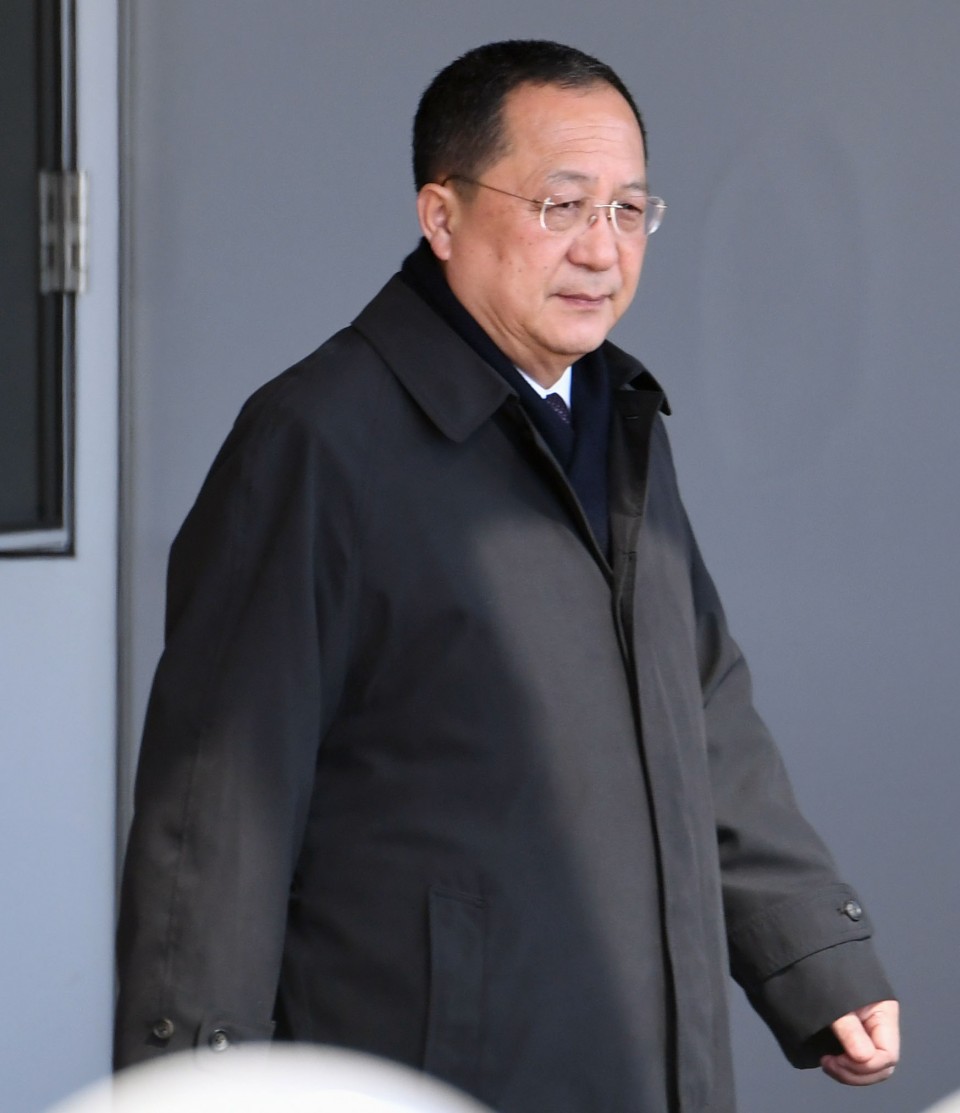 "The talks will focus on Sweden's consular responsibilities as a protecting power for the United States, Canada and Australia," the ministry said, adding Ri and Wallstrom "will also address the security situation on the Korean Peninsula."

Ri arrived Thursday in Beijing by air from Pyongyang. A car belonging to the Swedish Embassy in China appeared at Beijing International Airport immediately after his arrival, leading to speculation that Swedish officials held talks with Ri there.

It is the first time a minister-level official of North Korea has made a public appearance outside the country since the White House announcement last week that Trump has agreed to hold a summit with Kim by May.

Ri is scheduled to arrive in Stockholm later in the day and be in Sweden through Friday, the ministry added.

Meanwhile, Choe Kang Il, a North Korean official in charge of negotiations with the United States, also arrived in Beijing on Thursday.

It remains unclear why Choe, deputy director general for North American affairs at the North Korean Foreign Ministry, was in the Chinese capital. A source close to the matter said he may make contact with the United States in a third-party country.

Last year, the country detained other U.S. citizens -- Kim Hak Song, who had worked at Pyongyang University of Science and Technology, and Kim Sang Dok, who was invited to the same university to teach accounting.

They have been accused of "hostile acts" against North Korea.

Sweden, one of the current nonpermanent members of the U.N. Security Council, has diplomatic ties with North Korea, but the United States does not.