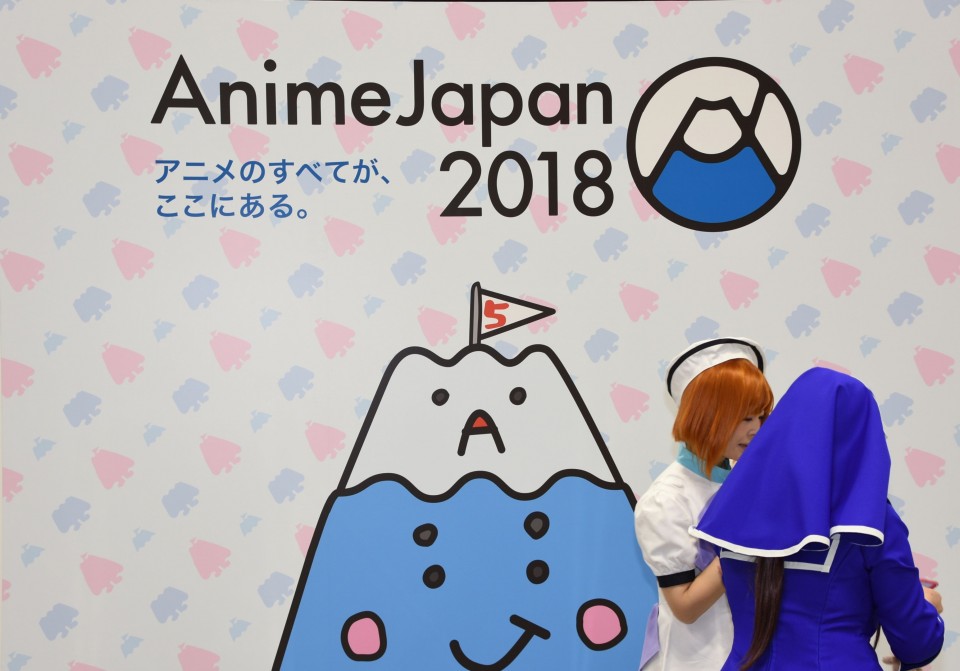 AnimeJapan 2018 wrapped up a four-day stay in Tokyo today, the anime extravaganza in town on its largest ever scale as organizers looked to deliver on an all-inclusive message while celebrating the event’s 5th anniversary.

Organizers, the JapanAnime Organization, have, since the event’s 2014 inception, operated under the message, “Here is Everything about Anime.”  A bold message maybe but one they seem to be getting closer to delivering on (particularly if the atmosphere inside the event’s Tokyo Big Sight venue was anything to go by).

Building on the success of AnimeJapan 2017, which saw visitor numbers of 145,454, the 5th anniversary of the event had more booths and exhibitors scheduled than ever before, according to organizers.  Adding to the anniversary cheer, this year saw event stages increased to five, all of which were made more accessible with free viewing space, rather than being exclusively for lottery winners as in previous years.

While AnimeJapan 2018 officially kicked off on Thursday with the first of two business days, the fever really pitched over the weekend when venue doors were opened to an army of anime fans from around the globe who queued well into the afternoon each day for their turn to enter the site and pour over all-things-anime, from live performances to talk sessions, teasers for upcoming anime releases, and displays dispensing nostalgia about anime’s past.

Despite Tokyo Big Sight having given over eight halls (as well as space outside for cosplayers) of the huge venue to accommodate AnimeJapan 2018 (along with Family Anime Festa 2018), space inside reached a premium on both public days, particularly in the main area where booths from big names and industry heavy hitters -- Fate / Grand Order, Netflix, Bandai Namco, Kadokawa et al -- drew feverish fans.

Amidst the giddy anticipation of the new, there was a reflective mood at AnimeJapan 2018 (however hard it might have been to detect) with the event itself not alone in its anniversary celebrations.  “TOHO animation” is also looking back on their own last five years in anime this year and presented visitors with a booth that took in a tour through 27 titles created over that period. Starting from the likes of Psycho-Pass, winding through Haikyu!! before fans then had their appetites wetted with the new Godzilla animated film, Godzilla: Kessen Kidou Zoushoku Toshi -- the TOHO animation booth displaying a statue of the monster and a special collaboration artwork featuring Godzilla and a character from cyberpunk anime Psycho-Pass, created by Psycho-Pass director Naoyoshi Shiotani.  Godzilla: Kessen Kidou Zoushoku Toshi is set for release in May this year. 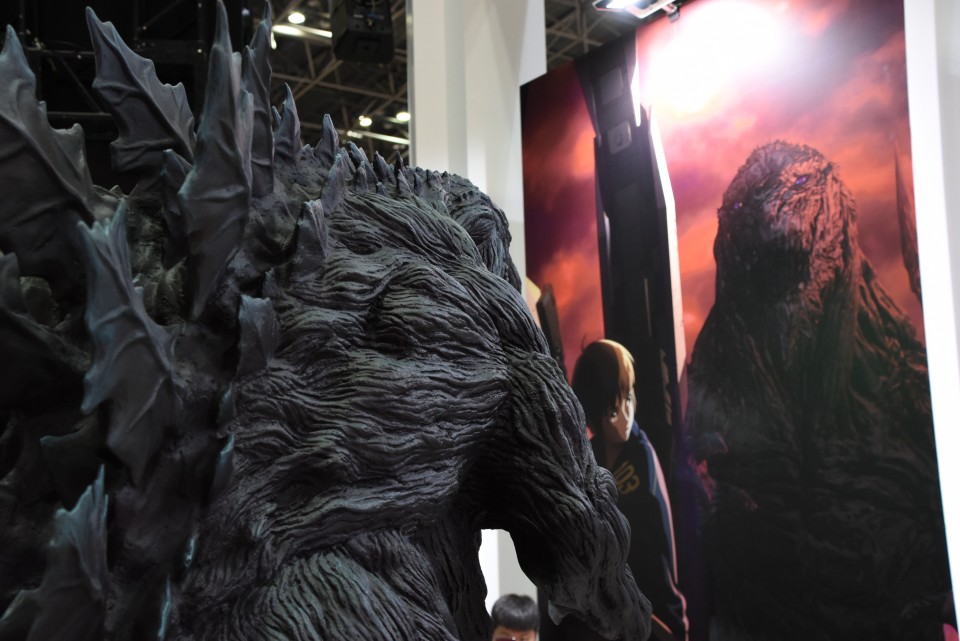 And the mood of reflection must have been infectious -- anime and music production company Aniplex. Inc were at AnimeJapan 2018 with one of the event’s largest booths which the Naruto movie producers called, “Aniplex Museum.”

The timing for reflection is even more apt considering that Japanese anime is widely thought by fans and insiders to have started in 1917 which, if true, means AnimeJapan 2018 had some 100 years of the genre to look back on.

But lest anyone be accused of navel-gazing, eyes at the event were on the future, too.

Over at the Square Enix booth the video game developer and publisher gave fans a chance to sample the fruits of their Hikari Project, which asked the question, “If you could step into the the stories that you love, what kind of experience would you have?” 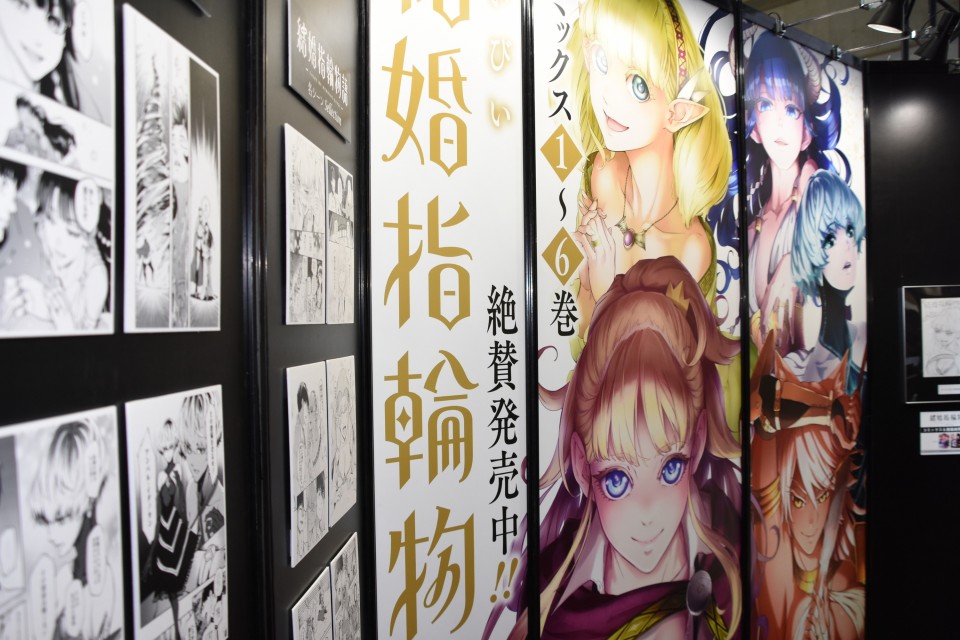 The project has been in the works since 2013 and, after earlier versions were given an airing at the Tokyo Game Show in 2016, “Tale of Wedding Rings VR” arrived at AnimeJapan 2018 a few weeks ahead of its scheduled May 25 release for Oculus Rift and HTC Vive virtual reality devices.

As much as anime appears to have plenty of past to get contemplative about and a future that seems to be showing no signs of slowing down, for many fans the AnimeJapan 2018 experience looked to be about the very visceral here and now with any thought of the future limited to how to cram in “everything about anime” into the space of two days, or maybe just one.  Quite a challenge.

For the novice the challenge could almost be overwhelming -- the massive scale of the event exacerbated by an ever-present and high-pitched din of anisong, scrolling trailers, and mic’d-up talk sessions.  Testament to the potential confusion, flag-bearing tour guides could be spotted snaking through the available space pursued by lines of their charges.

There was also a visible international presence among fans over the weekend, even though the lack of Japanese language skills can make an event like this even trickier to negotiate.  It's something organizers appear to be aware of having enlisted the support of CoFesta, a project set up to help events like AnimeJapan 2018 reach out to, and accommodate, international audiences.  Cofesta “Ambassadors” were on hand to give tours of the event site in a number of languages.

In a sense though, anime and its fans speak a language all of their own, one that is probably garnered more intuitively rather than by instruction or direction.   For those fans who are fluent, events like AnimeJapan 2018 could cover everything anime twice over, but they would likely be back for more. 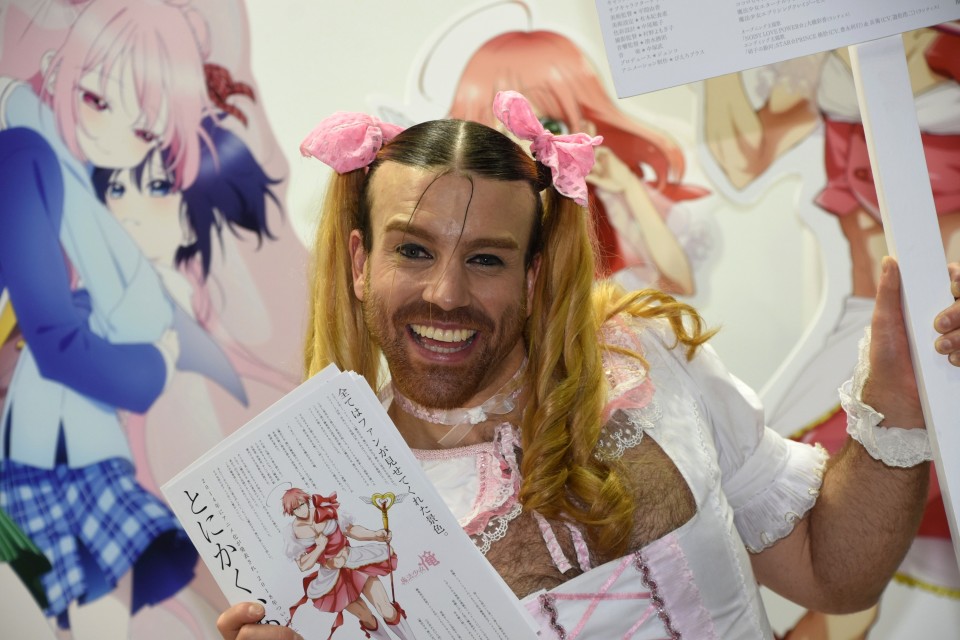 Ladybeard at AnimeJapan 2018 with the soon-to-be-released animation version of "Magical Girl Ore." 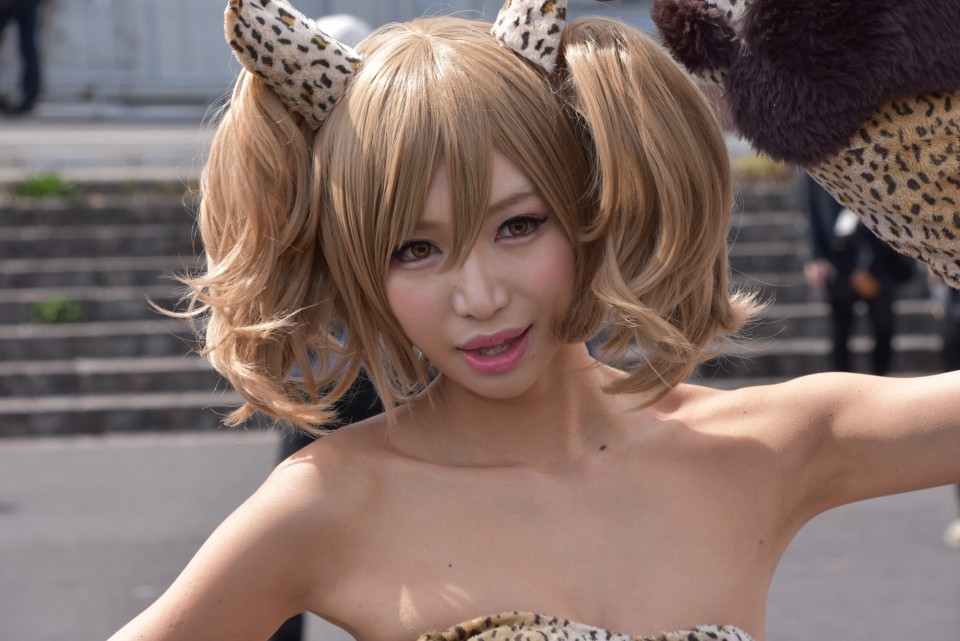 Cosplayer posing for fans at the Outdoor Cosplay Area 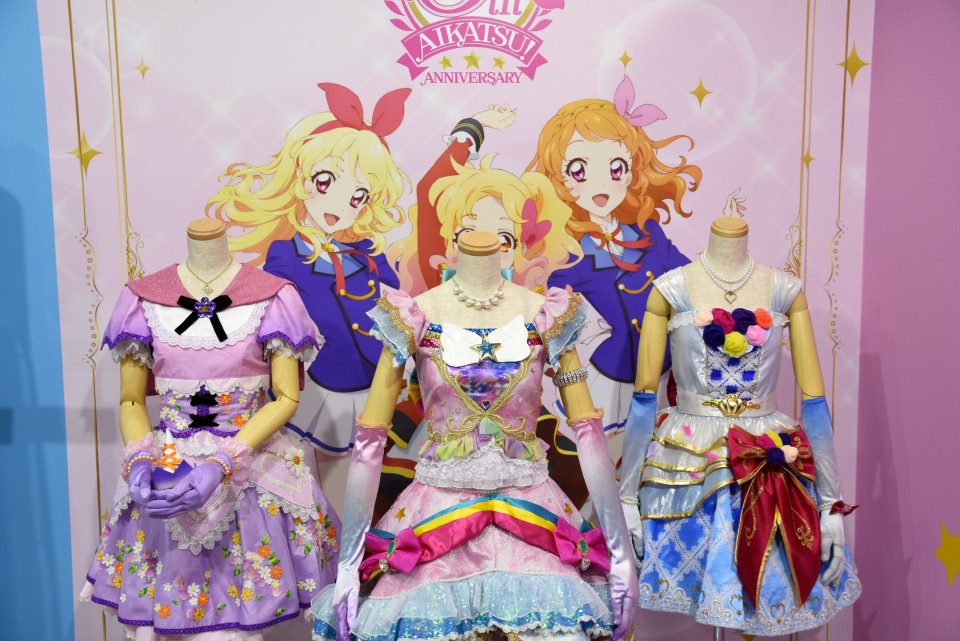 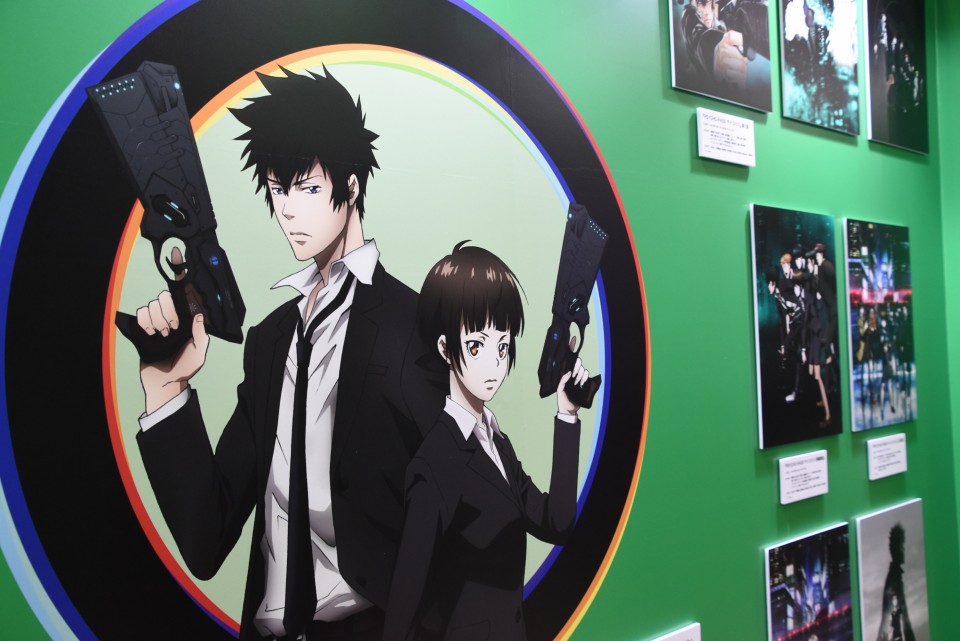 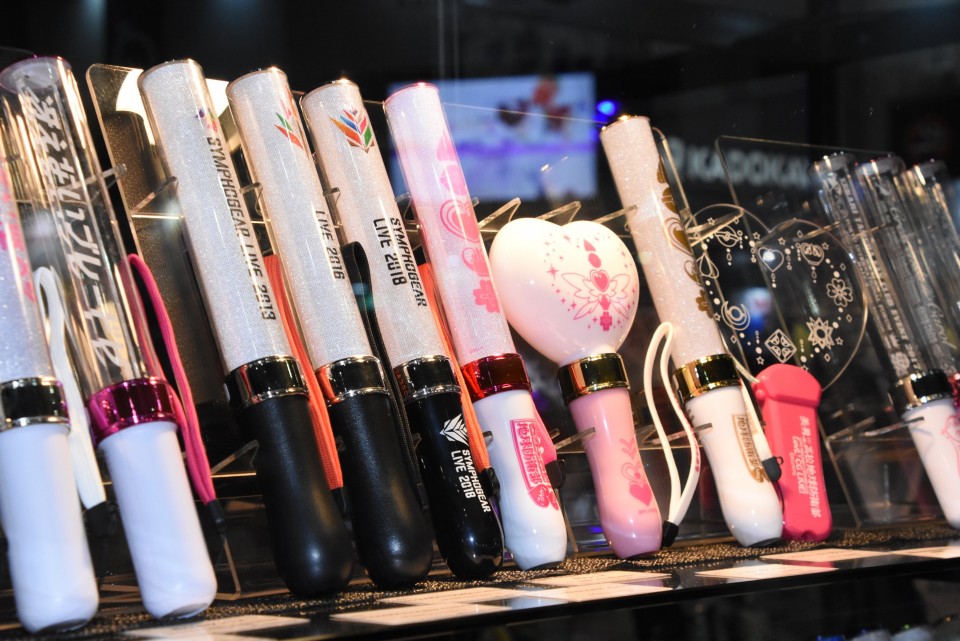