China's Foreign Minister Wang Yi on Thursday urged the United States and North Korea to hold bilateral talks as soon as possible to achieve denuclearization of the Korean Peninsula, while pledging that Beijing will work together with other countries for that goal.

Wang also claimed that China's efforts have led to a recent inter-Korean thaw, praising a proposal aimed at easing security tensions between the two Koreas that he himself had presented exactly one year ago.

"All relevant parties should make a political decision and resume dialogue (with North Korea) to resolve the nuclear issue on the Korean Peninsula with the utmost energy," Wang said at a press conference.

As a step to alleviate security concerns, Wang has proposed a "double suspension" approach, where North Korea would suspend its nuclear and missile activities in exchange for the United Sates and the South suspending their joint military drills.

"During the (Pyeongchang) Winter Olympics, North Korea did not carry out a new nuclear test, and the United States and South Korea refrained from military exercises against North Korea," Wang said. 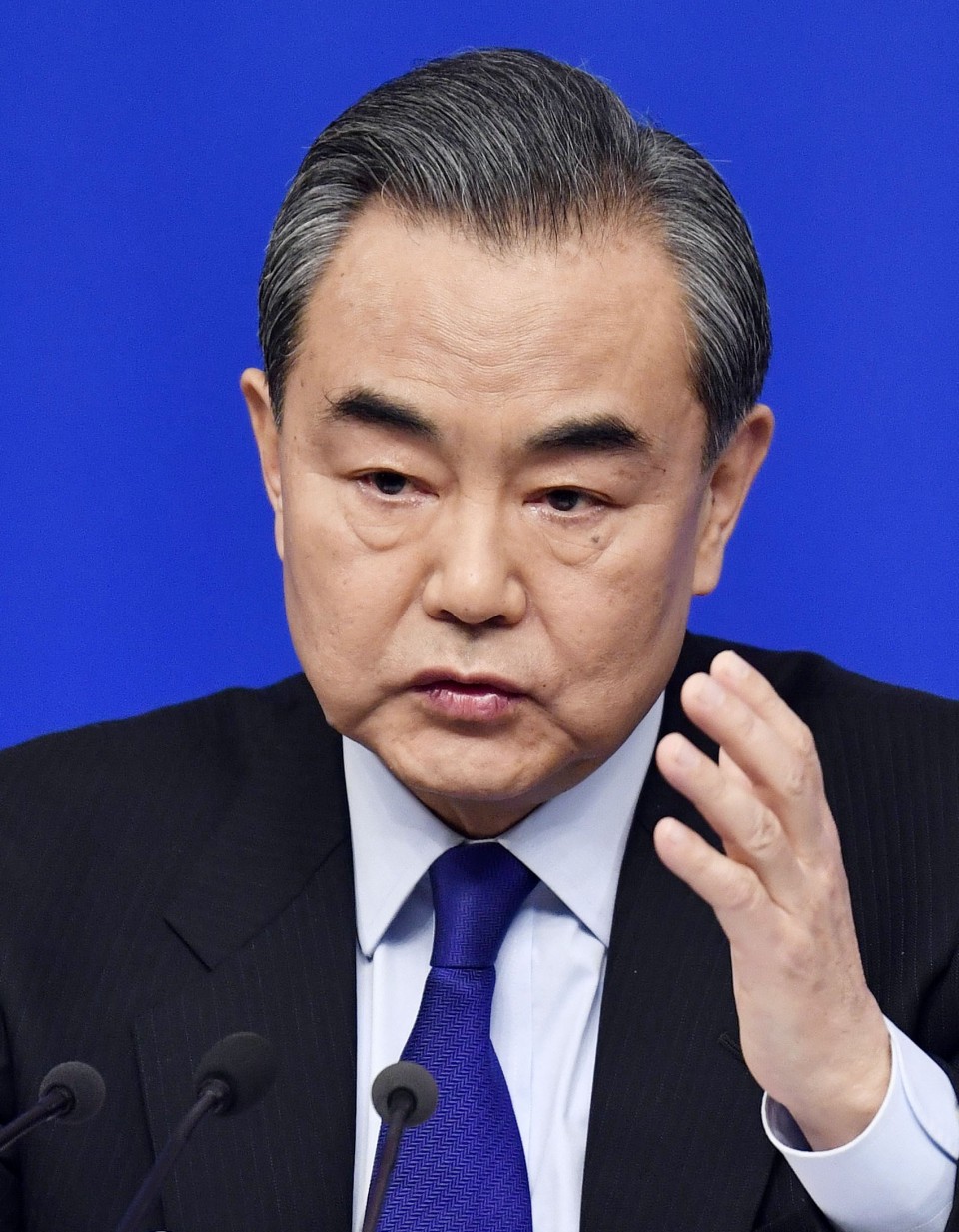 "The fact is that China's double suspension proposal worked as a medicine and was proved to lay the best groundwork for improvement in North-South relations," Wang added.

The relationship between Seoul and Pyongyang has been ostensibly improving after North Korea decided to join the Feb. 9-25 Olympics in South Korea.

On Tuesday, South Korean officials said the two Koreas agreed to hold a summit at the truce village of Panmunjeom in late April, with the North voicing readiness to talk with the United States about denuclearization and normalization of bilateral ties.

In the talks held in Pyongyang on Monday between North Korean leader Kim Jong Un and special envoys from Seoul, the North also promised to suspend missile and nuclear activities during the period of dialogue with Washington, according to the officials.

As for a U.S. threat to impose tariffs on steel and aluminum imports, a "trade war is not the right solution," Wang told reporters on the sidelines of the National People's Congress, China's parliament, whose annual session started Monday.

China, however, will "definitely" take necessary steps if Washington puts the tariffs in place, indicating Beijing is ready to implement retaliatory measures against the United States.

In February, China ran a trade surplus of $20.9 billion with the United States, almost doubling from a year earlier, the government said Thursday.

Wang also warned against U.S. activities in the South China Sea, saying some countries outside the region are stirring up trouble.

"China's determination to maintain peace and stability in the South China Sea is firm and consistent," Wang said, brushing aside fears about the Asian power's growing assertiveness in the contested waters.

Beijing has criticized Washington's "freedom of navigation" operation in the South China Sea being conducted in an apparent move to challenge China's claims and activities there.

Tokyo and Beijing have for years been mired in a territorial row over uninhabited islands in the East China Sea called the Senkakus by the Japanese and Diaoyu in China.

The dispute escalated particularly after the Japanese government led by Prime Minister Yoshihiko Noda effectively put them under state control in September 2012.

But ties between the two sides have been showing signs of improvement, with this year marking the 40th anniversary of the signing of a bilateral friendship treaty.