A lake resort area at the foot of Mt. Fuji has recently been bustling with foreign tourists, with the new business of taking pictures wearing rented kimono with Japan's highest peak in the background becoming popular.

As millions of Instagramers and other social networking service users post their travel photos on their SNS accounts, people involved in the kimono and tourism industries are aiming to have this business take root. 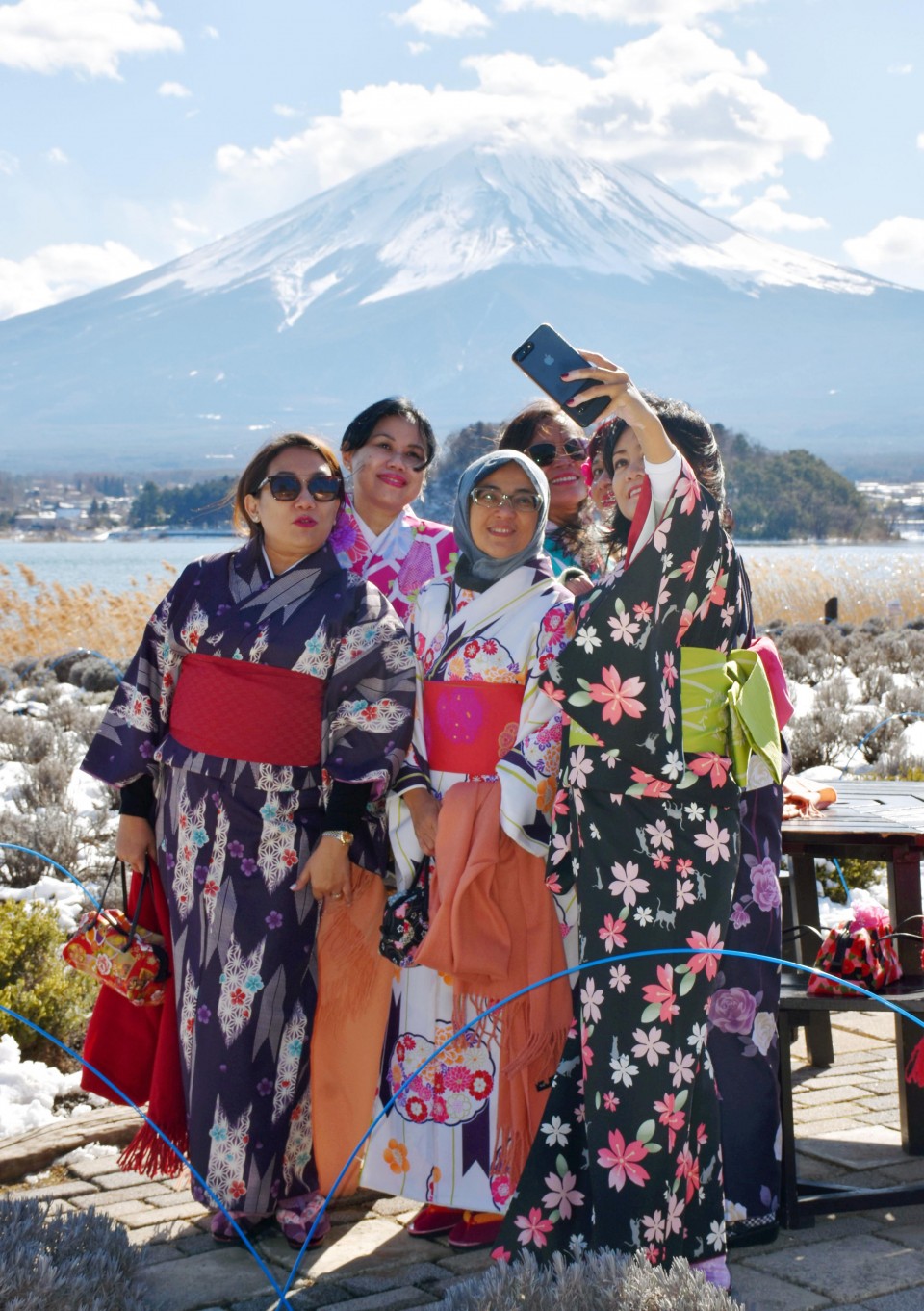 The Fuji Five Lakes are located in Yamanashi Prefecture near the 3,776-meter volcano.

"We would like to instill a perception that it is a spot where people can enjoy sightseeing clad in kimono," a kimono rental business official said.

In early February, employees of a kimono rental shop were busy dolling Indonesian women up in traditional Japanese clothing behind a souvenir section selling local specialty silk goods at the Oishitsumugi Traditional Crafts Museum in the town of Fujikawaguchiko.

Kimono store Konyone based in the prefectural capital of Kofu started the kimono rental business at the crafts museum in January 2017 after store manager Minoru Shimada acquired knowledge of the rental business by making a number of trips to Kyoto and Tokyo's Asakusa district where many kimono rental shops are open.

Konyone was wholesaling kimono and other traditional clothing to the museum's souvenir shop, where some 300 units of clothing were sold a month, mostly to foreign visitors.

It took about three years in preparation for opening the business in the town, according to Shimada, 61.

"If they actually wear (kimono), their experience will turn to better travel memories as we have picturesque scenic beauty here -- Mt. Fuji and Lake Kawaguchi," he said. 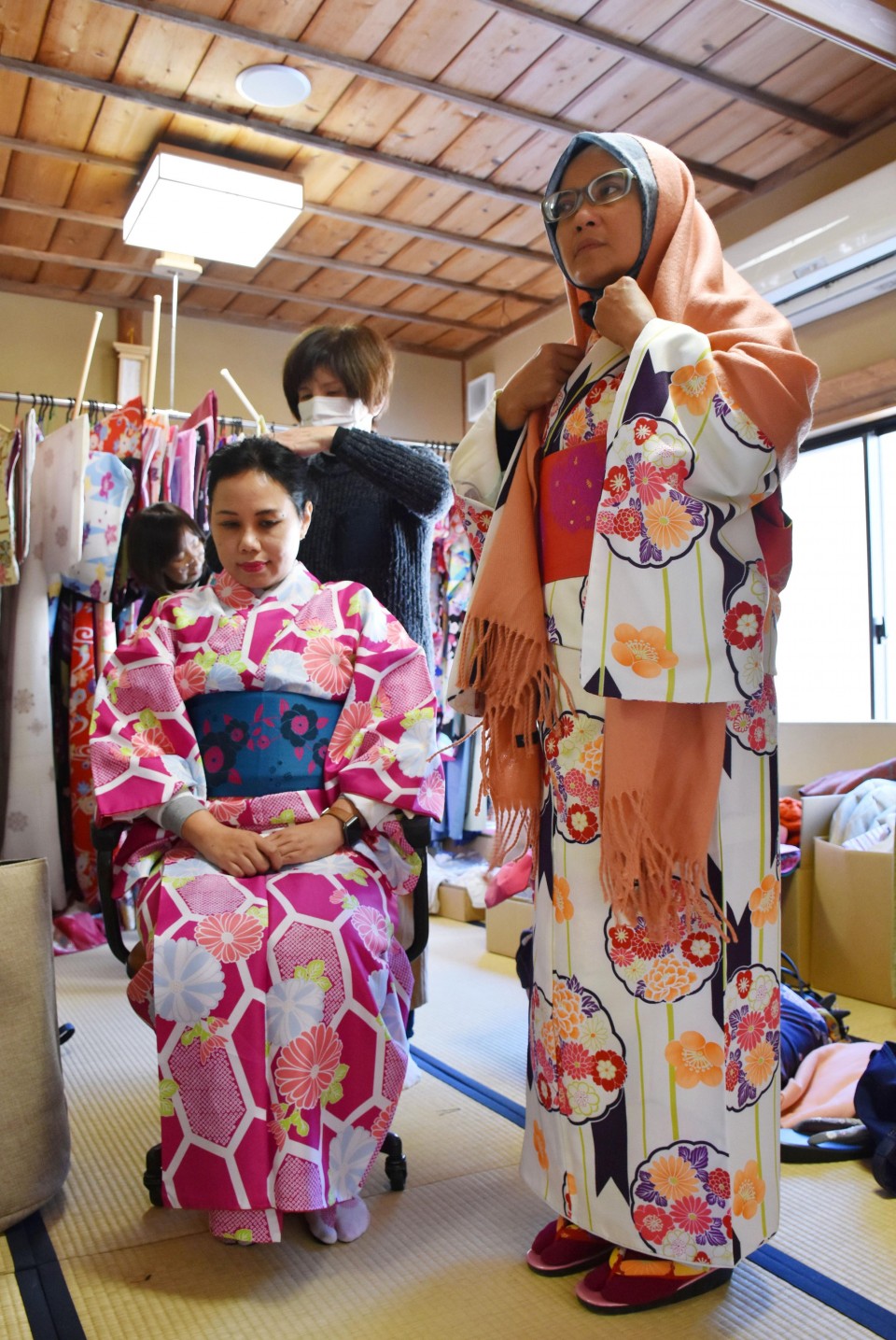 One of Konyone's selling points is dressing customers in authentic kimono, rather than easy-to-wear ones that can be worn over conventional clothing.

"We want them to experience real (Japanese) culture," Shimada said, adding customers' reactions to wearing authentic kimono are mostly positive while some admit the feeling of tightness.

At the same time, a tourist facility renting out easy-to-wear kimono at reasonable prices has been also crowded with tourist groups from China and Southeast Asia. Over 100 people visit the facility on good days, the facility said.

"Since we have good old Japanese scenery with Mt. Fuji and traditional thatched roofs, visitors may naturally feel like taking photos in kimono," an official of the facility said.

Jumpei Horiuchi of the Fujikawaguchiko Tourism Federation said there is an increasing demand for participatory tourism from among tourists and the kimono rental service matches their needs.

"I think it will help boost the number of repeaters in the Mt. Fuji area," said Horiuchi, 26. 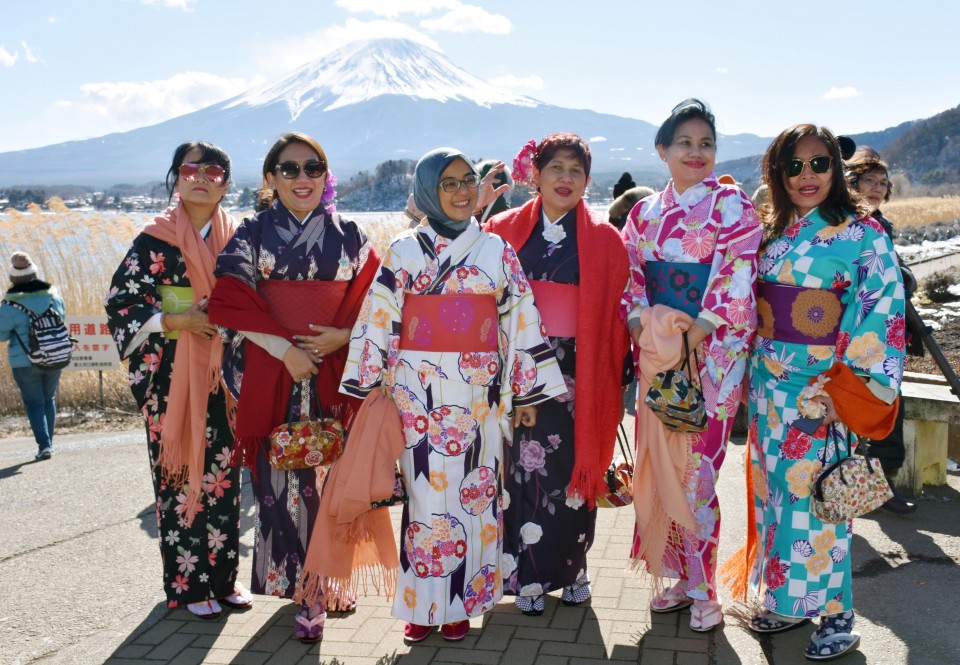