The ruling Liberal Democratic Party on Thursday decided to pursue a constitutional amendment plan proposed by Prime Minister Shinzo Abe to add an explicit reference to Japan's defense forces in the war-renouncing Article 9.

Abe, who is eager to make the first-ever revision to the 1947 Constitution written during the U.S.-led postwar occupation, has called for clarity about the legal status of the decades-old Self-Defense Forces.

"We will work toward the direction" of seeking a revision that is in line with Abe's idea, veteran LDP lawmaker Hiroyuki Hosoda, who heads the LDP's constitutional reform task force, told reporters after a plenary meeting on the issue Thursday. 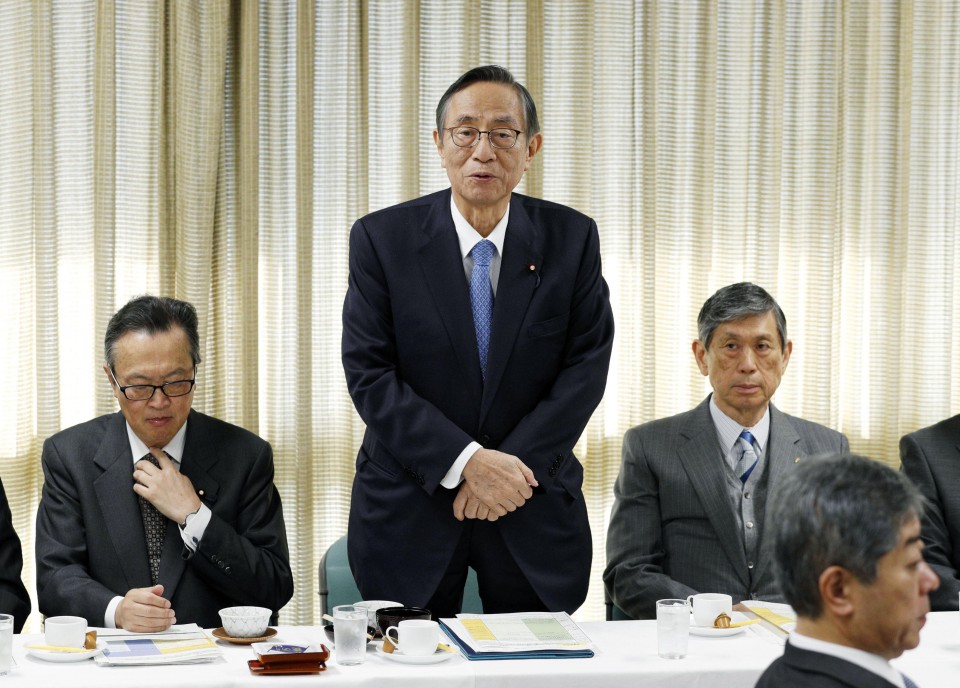 It took months for the LDP to decide to unite behind the idea because some members have insisted on a more substantial change of Article 9 that involves deleting a paragraph banning Japan from possessing a military with "war potential." The move would imply removing postwar constraints imposed on SDF activities.

But many members have leaned toward the view that an attempt to change the original text of the article, which is widely cherished among the public, will likely stir concern that Japan is backing away from its pacifist postwar stance.

Making too drastic a change may also raise the risk of the public rejecting it, jeopardizing the historic chance to revise the Constitution.

During the gathering on Thursday, the officials of the task force presented draft texts for the revised Article 9, modified from earlier versions presented last week.

One working draft that won the support of many lawmakers would create a new "Article 9-2" section that states the SDF shall be maintained "as an armed organization" for Japan to take "necessary self-defense measures."

The meeting ended without reaching a conclusion on the specific lines to be added to Article 9, but Hosoda told reporters that the draft would provide the "direction" of the LDP's revision proposal.

The LDP hopes its revision proposal for Article 9, along with suggestions to rewrite other clauses of the Constitution, such as those linked to education and the electoral system, will be used as a springboard for further discussions with other parties.

Amending the supreme law requires approval by two-thirds majorities in both chambers of the parliament, followed by majority support in a national referendum. The LDP and other forces supportive of revising the Constitution currently control the required seats in the Diet.

Abe came up with his Article 9 revision proposal in May last year, arguing that the lack of a reference to the SDF in the supreme law leaves room for them to be called "unconstitutional." The lack of a clear reference also makes it "irresponsible" to ask troops to risk their lives to defend Japan against North Korea and other security threats, he said.

He has also asserted that the current restrictions imposed on SDF activities by Article 9 will remain because the original two paragraphs will be left intact.

But opposition parties have argued that the pacifism embedded in the original text would likely be weakened through the newly added language, citing a general rule in legal interpretation that newer legislation supersedes prior law.

They have also questioned whether there is a need to seek such an amendment if the purpose, as stated by Abe, is just to affirm the status quo.

Media polls have shown that the public is divided over Abe's push to revise Article 9. 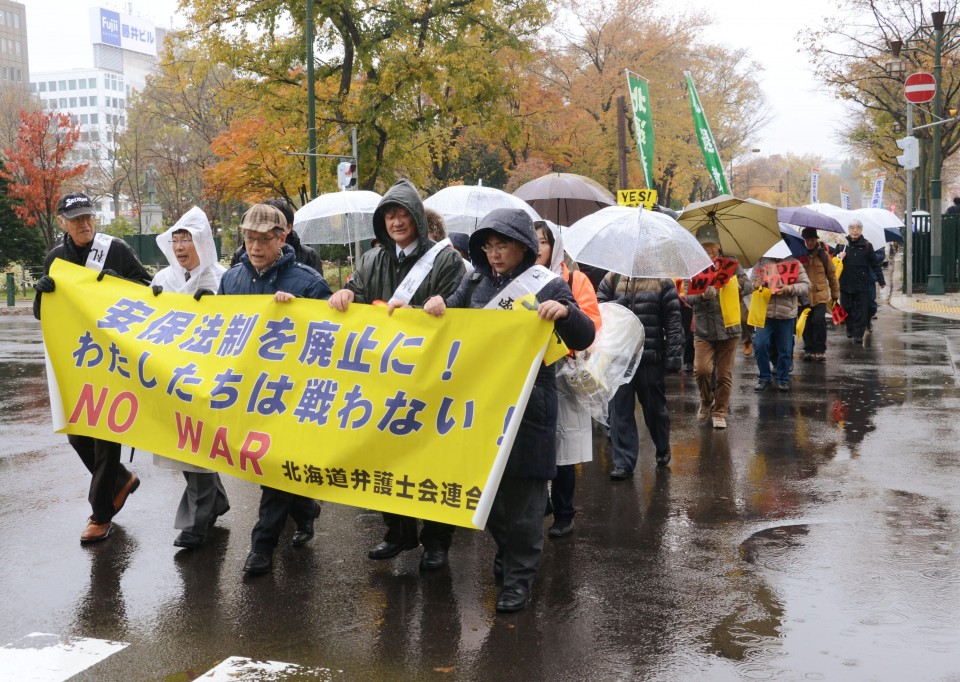 While many countries have constitutions that do not allow their governments to launch wars of aggression, the pacifism written into Japan's Constitution is said to be unique.

The second paragraph of Article 9 is characteristic of this, stating that "land, sea, and air forces, as well as other war potential, will never be maintained" and that "the right of belligerency of the state will not be recognized."

The government frames the SDF, established in 1954, as different from ordinary militaries, with the use of force strictly limited to self-defense and the possession of armaments restricted from reaching a level constituting "war potential."

But the SDF have expanded their activities over time and have become known as one of the top 10 well-equipped and well-funded forces in the world, leading some constitutional scholars to argue that the SDF are "unconstitutional."

The following is an unofficial translation of the full text of a rough draft proposal the ruling Liberal Democratic Party has made for revising the war-renouncing Article 9 of the Constitution. The LDP wants to add "Article 9-2" without changing the original two paragraphs.

Aspiring sincerely to an international peace based on justice and order, the Japanese people forever renounce war as a sovereign right of the nation and the threat or use of force as means of settling international disputes.

In order to accomplish the aim of the preceding paragraph, land, sea, and air forces, as well as other war potential, will never be maintained. The right of belligerency of the state will not be recognized.

The provisions of the preceding clause shall not preclude the implementation of necessary self-defense measures to defend our country's peace and independence and ensuring the safety of the country and the people, and for that purpose, the Self-Defense Forces, with its supreme commander being the Prime Minister who is the head of the Cabinet, shall be maintained as an armed organization, as provided by law.

The conduct of the Self-Defense Forces shall follow Diet approval and other control, as provided by law.