The Japanese government is considering newly deploying to the main island of Okinawa a surface-to-ship missile unit to beef up defenses in response to China's maritime assertiveness, government sources said Tuesday.

Tokyo has been proceeding with a plan to install a surface-to-ship missile unit on Okinawa's Miyako Island to enhance defense against threats to remote islands in the southwest. But it believes Okinawa Island should also have a unit as Chinese naval ships have frequently passed between the two islands in the East China Sea.

Miyako is located about 290 kilometers southwest of the main island of Okinawa. The armaments to be deployed on the islands are expected to be the Ground Self-Defense Force's Type-12 surface-to-ship missiles, with a range of more than 100 km.

By placing missile units on Miyako and Okinawa, the Japanese government believes they will be able to cover the entire sea area between the two islands.

Since four Chinese navy vessels passed between Okinawa and Miyako islands for the first time in November 2008, a number of Chinese ships have traveled the sea area. Although navigating on the high seas does not infringe international law, Tokyo has been on alert over such moves. 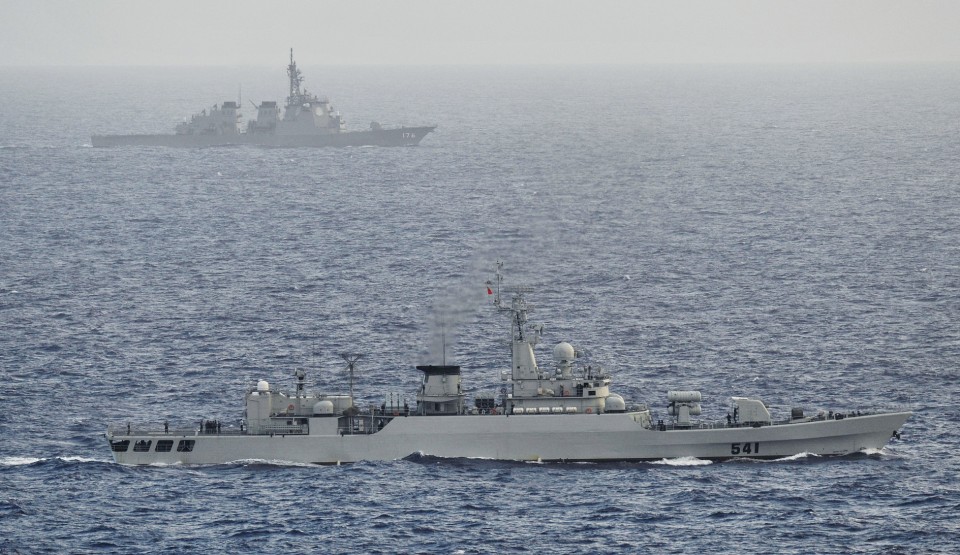 The unit deployment plan may be included in Japan's defense buildup guidelines and a new five-year defense spending and procurement plan, both to be crafted by the end of the year, the sources said.

The defense plan may anger people in Okinawa, who are already unhappy over hosting the bulk of U.S. military facilities in Japan even though the prefecture comprises less than 1 percent of the country's total land area.

The GSDF is currently in the process of overhauling its organization so it can more swiftly respond to attacks on remote islands and other situations, such as through the planned launch of an amphibious operations brigade at the end of March.

The 2,100-member brigade, modeled after the U.S. Marine Corps, will be stationed mainly at Camp Ainoura in Sasebo, Nagasaki Prefecture, in southwestern Japan.

The deployment of the antiship missile unit on Miyako is part of the reform. Similar units will also be set up on Okinawa's Ishigaki Island and Kagoshima's Amami-Oshima Island.

If talks go smoothly with local people on Miyako, the surface-to-ship missile unit may be launched there in fiscal 2019 at the earliest. The deployment on Amami-Oshima may be at the end of fiscal 2018.

"We're moving ahead to deploy units on remote islands so we can fill the void where there are no Self-Defense Forces members," a senior GSDF official said.

The government sources said an administrative command center is also expected to be set up on Okinawa's main island, putting under control the surface-to-ship units stationed on Miyako, Amami-Oshima and Ishigaki islands.

Miyako and Ishigaki islands are also not far from the Japan-controlled Senkaku Islands in the East China Sea, which China claims, calling them Diaoyu. Chinese government ships have repeatedly entered Japanese waters around the islands, creating tensions.