Kei Saito, a member of the Japanese short track speed skating team at the Pyeongchang Winter Olympics, has tested positive for acetazolamide and been provisionally suspended, the Court of Arbitration for Sport said Tuesday.

It is the first registered case to CAS by the International Olympic Committee at these games. As reported by Kyodo News earlier, the 21-year-old Saito, a reserve on the men's 5,000-meter relay team, failed an out-of-competition test in the lead-up to the games, CAS said in a statement. 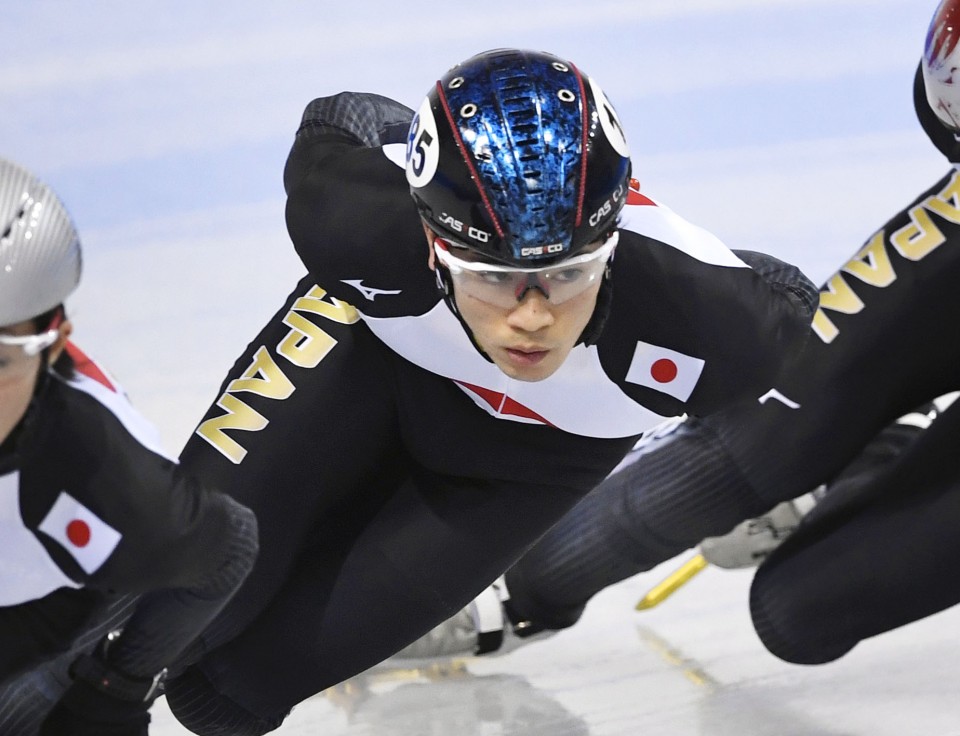 In a hastily arranged press conference, the Japanese Olympic Committee said Saito was tested after training, just before he was about to go to bed at the athletes' village in Gangneung on Feb. 4 -- the day the short track team arrived in Pyeongchang. Three days later, the IOC notified them that the results came out positive for an A sample.

On Friday, CAS notified Saito of his ban and tested his B sample. The following evening, the IOC notified the JOC the B sample also came back positive.

Saito denied intentionally doping to CAS, which heard the athlete on Monday. He agreed to leave the Olympic village -- the JOC would not disclose his whereabouts -- and will also be indefinitely suspended from all International Skating Union competitions.

Saito emphatically denied in a statement he knowingly taking acetazolamide, which is a drug used to treat conditions like glaucoma, altitude sickness and epilepsy but works as a masking agent for steroids. It cannot be purchased in Japan without a prescription.

"I am extremely shocked by the test results that have come back," the Kanagawa University senior said. "I have never once considered doping. I have never used anabolic steroids so I have never needed to try to hide it. I have no motive to use this substance nor do I have anything to gain by using this substance."

"When I was tested on Jan. 29 during training camp, the results did not turn out any banned substances. The only way this substance could have entered my system is that I took it unknowingly and happened by accident." 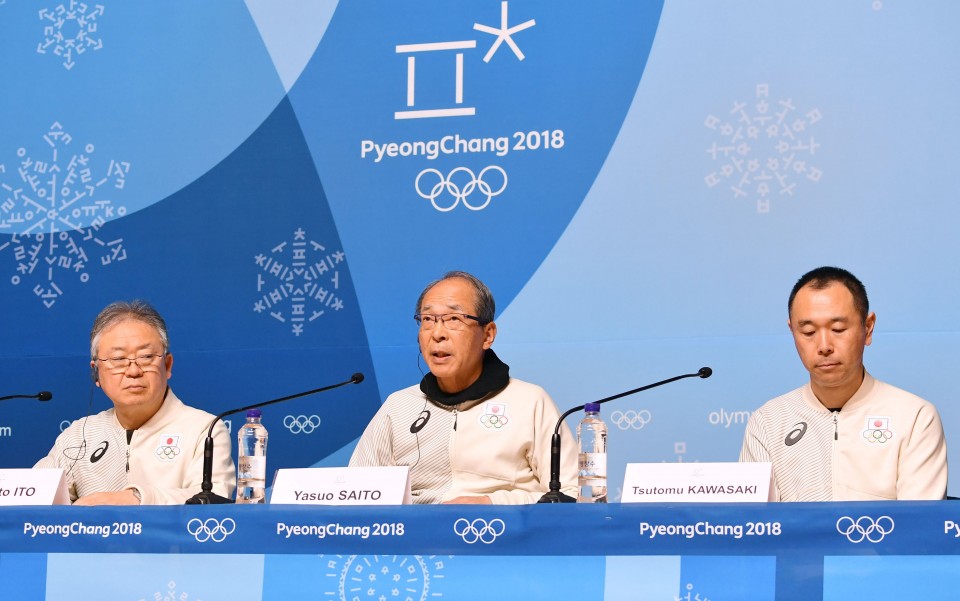 "The findings are beyond me and I plan to fight to prove my innocence. But right now, I do not want to be a disturbance to my team competing at the Olympic Games, so I have decided to accept the provisional suspension and will leave the team and the athletes' village voluntarily."

Yasuo Saito, head of the Japanese delegation, said the skater was "extremely shocked" and "could not comprehend" the test results. The delegation chief said once the Olympics are done, it will move to clear the athlete's name.

"This will be deliberated after the games," he said. "Right now, we simply do not have the time to come up with the evidence to challenge the results of the A and B samples, which is why we accepted the provisional suspension and it's the only reason why we did so."

"We want to make it clear we have not admitted to a violation. I want to stress the 'provisional' part of this decision. We will offer him full support through this."

"I feel the same way as my athletes do -- that I am shocked," Kawasaki said. "He showed a lot of promise at a young age and has been well educated on doping. I still cannot fathom how his test results came back positive."

"I have not been able to digest the situation. I just have to accept it for now. 'Why?' is all that I have been asking myself."

In a revelation that has rocked the host of the 2020 Summer Olympics, the positive test is the first ever returned by a Japanese athlete at a Winter Olympics.

CAS' statement read: "For the second time in the history of the Olympic Games after Rio 2016, the CAS is in charge of doping-related matters arising on the occasion of the games as a first-instance authority."

"Final decisions rendered by the CAS (Anti-Doping Division) may be appealed before the CAS ad hoc Division in Pyeongchang or before the CAS in Lausanne after the end of the Olympic Winter Games."

"For the first time, the international federations concerned may also intervene in the CAS ADD procedures in order that the same case be heard only once."

IOC Director of Communications Mark Adams said in a daily briefing that "all sanctioning and testing is now completely independent of the IOC" and the case is "a matter of CAS."

Saito, whose sister Hitomi is also competing in Pyeongchang, was a member of Japan's 3,000-meter relay team that finished third at the 2013 and 2014 world juniors.

While Japan has had a relatively clean image and record with respect to doping, the nation, which is also putting its hand up for the 2026 Winter Games with Sapporo, has been hit with a recent spate of infringements.

In January, Yasuhiro Suzuki, a Tokyo Olympic hopeful in kayaking, spiked a fellow competitor's drink with an anabolic steroid and now faces a lifetime ban.

In October, a university wrestler tested positive for a banned substance, drawing a two-year ban and the month before that, a collegiate swimmer also tested positive and was hit a seven-month suspension.

The most notable case of Japanese athletes violating anti-doping rules came at the 1984 Summer Olympics in Los Angeles, where members of the Japanese men's volleyball team tested positive for a stimulant. 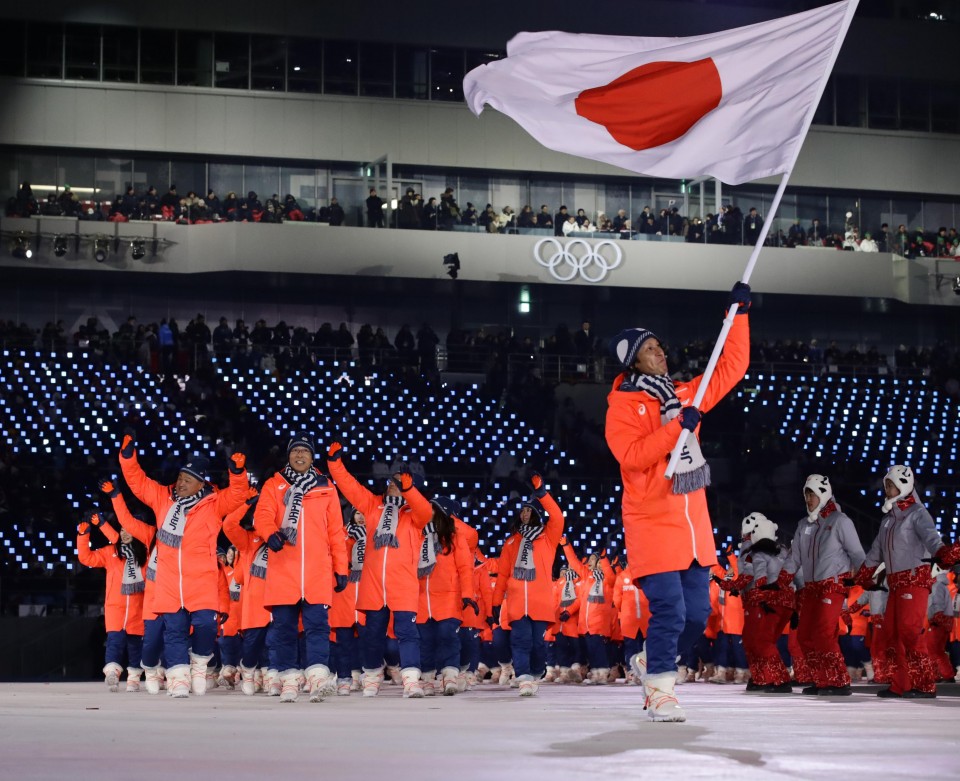