Japan has lodged a protest with South Korea as flags hoisted during an exhibition match by the unified Korean women's ice hockey team for the Pyeongchang Winter Olympics showed a pair of Japanese-claimed islets, the government's top spokesman said Monday.

"We cannot accept the flag in light of Japan's stance over the sovereignty of Takeshima and it is extremely regrettable," Chief Cabinet Secretary Yoshihide Suga told a press conference, referring to the South-Korean controlled, Japanese-claimed islets, which are known as Dokdo to Koreans.

Suga said Tokyo will continue to urge Seoul to take "appropriate measures" over the issue, which has long been a source of diplomatic friction between the two neighbors.

The flags in question were used at the venue of the inter-Korean women hockey team's first game against Sweden on Sunday in Incheon, west of Seoul.

After North Korean leader Kim Jong Un struck a conciliatory tone on ties with the South in his New Year's address, the two Koreas agreed to form a unified women's ice hockey team and march together under a unified Korean flag at the Olympics' opening ceremony on Friday.

The so-called Korean Unification Flag has a blue Korean Peninsula against a white background. 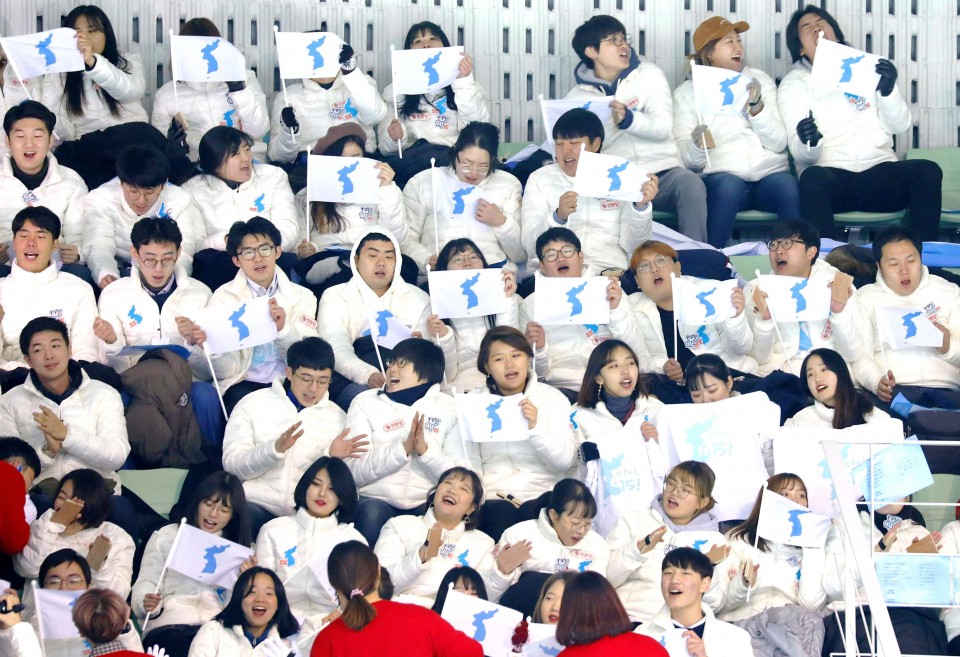 South Korea's Yonhap News Agency reported Monday that to avoid troubles, the government has basically decided against using the controversial version of the flag -- the one that includes the disputed islets -- during events in Pyeongchang that involve the International Olympic Committee, such as the opening ceremony.

The disputed islets are located in the Sea of Japan, known to Koreans as the East Sea.

Roughly equidistant from the Korean Peninsula and Japan's main island Honshu, they consist of two rocky outcrops and numerous small reefs, with a combined land area of only 0.21 square kilometers.

The two countries have been contesting ownership over the islets since the early 1950s, which culminated in South Korea dispatching a permanent battalion there in 1954.

Since then, South Korea has kept security personnel stationed there and constructed lodgings, a monitoring facility, a lighthouse, and port and docking facilities.