Traffic resumes on snowbound road after drivers stranded for 2 days

Traffic resumed early Friday on a snowbound national road in Fukui Prefecture after drivers were stranded for more than two days due to a record snowfall that hit Sea of Japan coastal regions, the transport ministry said.

However, the local weather observatory predicts heavy snowfall will resume in the area between Sunday and Monday.

Heavy snow started to block traffic on a 10-kilometer stretch of Route 8 in the prefecture on Tuesday morning and the Ground Self-Defense Force began work to remove the snow that afternoon.

Roughly 1,500 vehicles were stuck at one point, according to the Fukui prefectural government. The number was reduced to 80 by 9 p.m. on Thursday.

Since the start of the heavy snow, eight people have died in snow-related accidents in Fukui, Niigata, Ishikawa and Toyama prefectures, including a driver who died of carbon monoxide poisoning inside his stranded vehicle in Fukui. 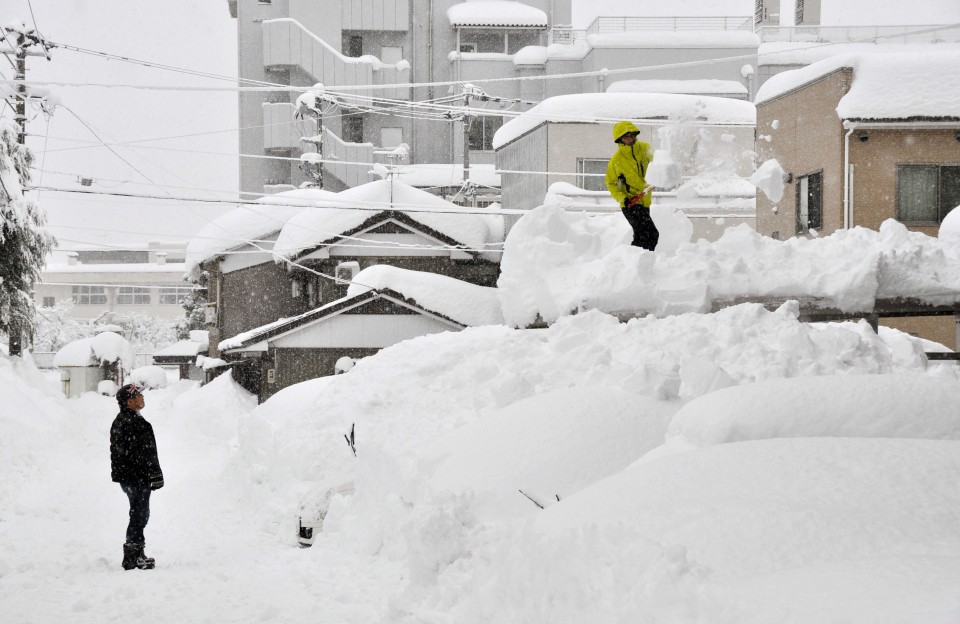