The 20-year-old has come a long way since he started skating on local shopping mall rinks in his subtropical Southeast Asian home when he was four. And he has realized his Olympic dream thanks in part to a crowdfunding campaign that helped him qualify.

With the availability of training facilities and high-quality coaching limited in his home country -- where badminton, football and mixed martial arts are among the most popular sports -- Yee realized in order to compete at the top level he would need to move overseas to find a well-credentialed coach.

That is when he turned to crowdfunding, the financing model where a project is supported by building towards a stated target through small donations from many people, typically via the internet.

After visiting Canada for the first time in 2015, he has been training there full time for the last 18 months under the tutelage of German Michael Hopfes.

"It is not the cheapest sport, I have to say, but my parents have been really trying their best to help me as much as they can. We looked to crowdfunding as well, and that funding has really helped," Yee told Kyodo News on Tuesday after his first training session at Gangneung Ice Arena.

"Not only has it helped with the funding, it has helped expose the sport a little bit more, sharing with people that there is a Malaysian skater trying to get to the Olympics. It's just a really good way to spread the word."

"Part of it (crowdfunding) helped me get to the Olympics and we have tried to look at sponsors as well. But honestly speaking, because it is not a common sport (in Malaysia), getting sponsors is a little bit more difficult compared to if I was in a summer sport."

"But, in the end, it's all small parts and it adds up...A lot of people have been helping and (have been) very supportive. The (Malaysian) government as well has been trying to help but because it is not a core sport there is a limited amount of funding there but we take every bit here and there and it sort of works out in the end."

The funding and his move to Barrie, Ontario, have paid dividends for Yee.

He became the first Malaysian to compete at a world championships in Boston in 2016 and finished a respectable 21st place before coming 22nd at last year's worlds in Helsinki.

Last year he finished eighth at the Asian Winter Games in Sapporo and has arrived in South Korea on the back of a 16th place finish at the Four Continents Figure Skating Championships in Taipei.

Yee captured gold at the South-East Asian Games held in Kuala Lumpur last year and says he hopes that can help give the sport the exposure it needs to grow in Malaysia. 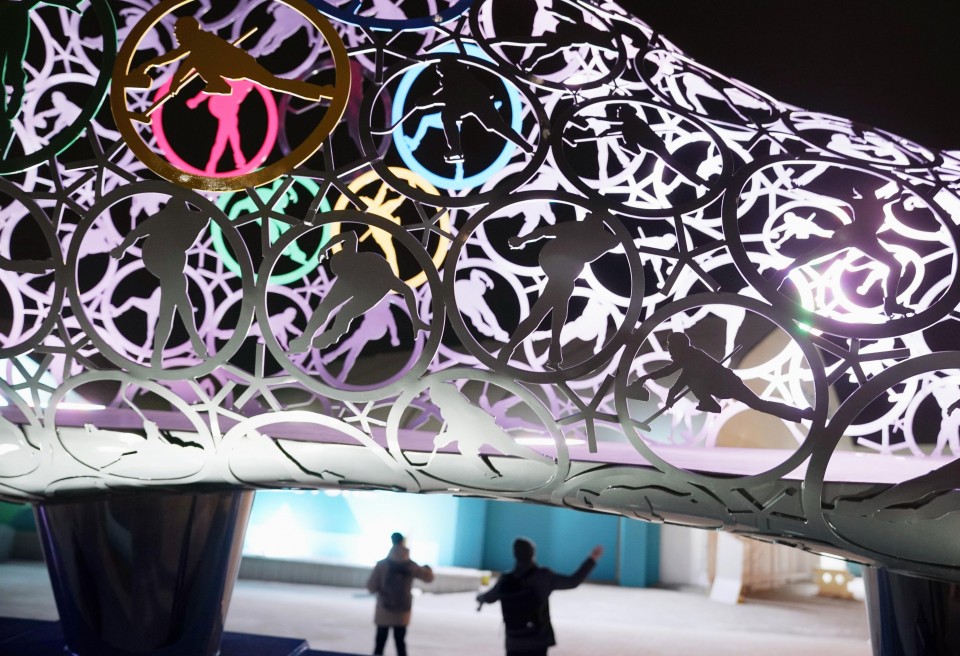 "If you want to really train and get the proper coaching and proper facilities it's a bit more difficult in (Malaysia) because (as a sport) it is not as common as badminton or swimming or football."

"We are just lacking facilities so I think that is the key for the sport to grow even bigger in Malaysia. But based on recent years, feedback has been going quite well. We just had our South-East Asian Games, which is a summer games, in Malaysia and it was the first time they had winter sports -- figure skating, speed skating and ice hockey."

"And now, even though they are still in shopping malls, there are more rinks coming up around the country so I do hope that will help spread the word so people start learning basic skating. I find that to get a big group of people at the top you need a lot more at the bottom and it slowly goes up in a pyramid shape."

Yee says he has modest expectations for his Olympic debut, with the first goal being to qualify for the free skate.

"I have set the goal to try and qualify for the free skate but being realistic it is a 50/50 chance, you never know what will happen right? So for me, I think as long as I go out there I will do my very best and I come off with no regrets, then I am happy," he said.

"I think it is a very difficult feat to qualify for the Olympics, so I think we'll take one step at a time and, hopefully, in the future we can go on with more progress and set higher goals."

"I feel extremely honored to be able to represent Malaysia here and it's very happy and exciting and all the feelings bundled together including being nervous and all that. I think it is amazing to be here."