A vending machine that sells origami works by locals with mental disabilities has been installed near the Toshogu shrine in the popular tourist destination of Nikko, Japan.

The unit, a former cigarette machine refurbished with a colorful new design, has proven a hit with travelers since it was introduced last October by an IT services company that hopes to set an example of engaging people with disabilities in meaningful work.

Each box set contains five works of origami -- including a crane, a turnip and a ball -- for 200 yen (approximately $2). The machine sold out quickly upon its debut, with customers buying more than 50 sets in the first few days, and a total of around 700 over a span of three months. The origami pieces are made by three women who carry out the work at an employment assistance office in Nikko that collaborates with Axis Inc., the IT firm, on the "Wings of the Crane Project," as the vending machine venture has been dubbed.

"We hope it catches on as a Nikko tourist attraction in its own right," the company's president, Satoshi Waki, told Kyodo News.

"From there, the idea could be picked up in other offices as a form of employment aid."

The original thought came up in casual conversation at the firm's office in nearby Utsunomiya, with Waki deciding to pursue and ultimately implement it.

Though the five paper objects in production are more or less fixed, organizers change it up from time to time so that there is an element of surprise for customers and some variety for the three makers. 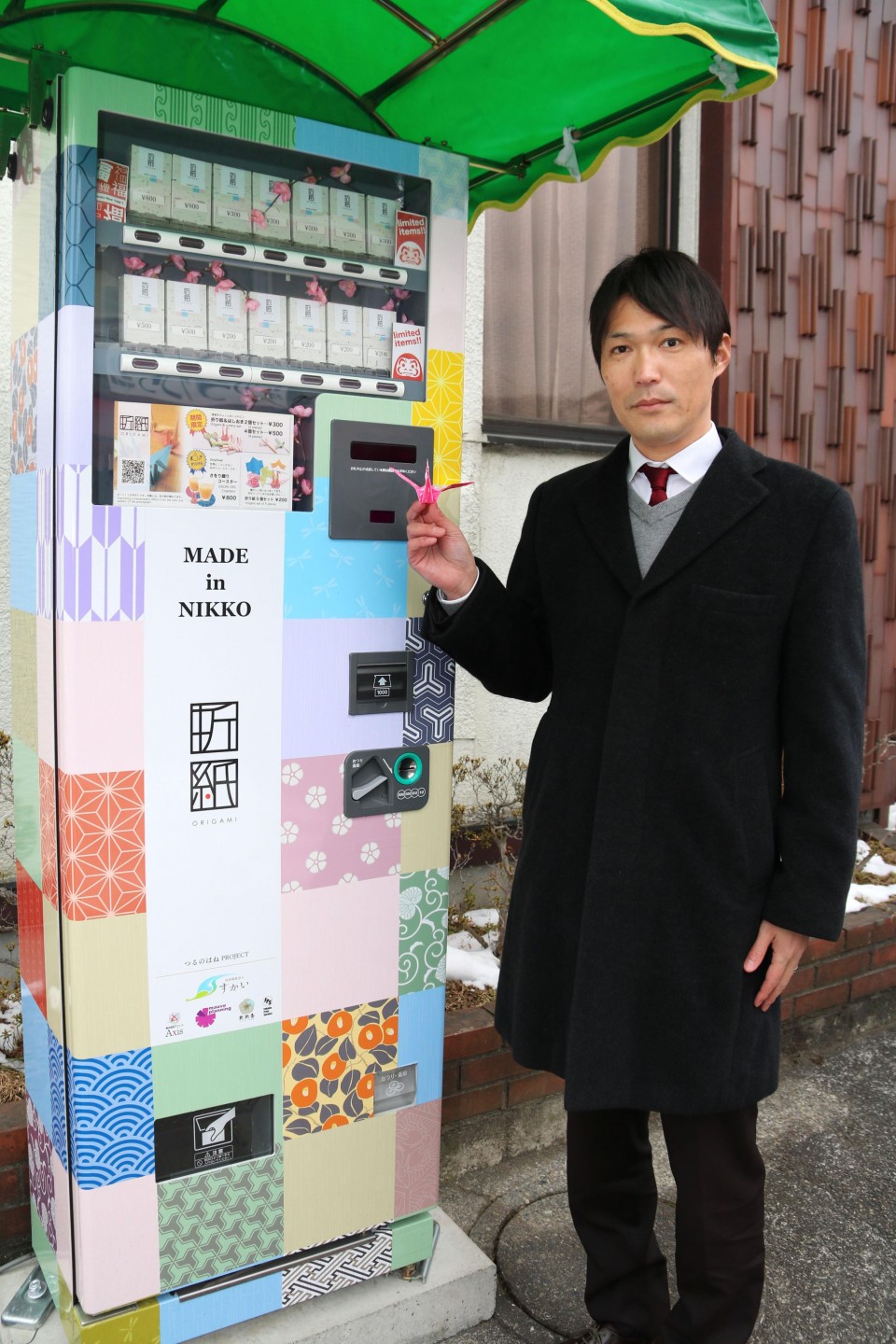 As a way to introduce the trio to customers, each origami set includes a QR code that links to online photos of the artists and information on the project that employs them.

Yuko Goma, who heads the employment assistance office where the work takes place, told Kyodo that she hopes the project gives customers a window into the lives of people with disabilities.

"This could be a chance to reach customers and help them feel more familiar with disabled people," she said.

On an early February sightseeing trip with her friend, Kanae Inose, a 21-year-old office worker from Saitama, encountered the vending machine along the road to the famous shrine from the nearest train station.

Taking the small origami crane from the box after making her purchase, Inose said the delicate work "perfectly captures the spirit of Nikko."