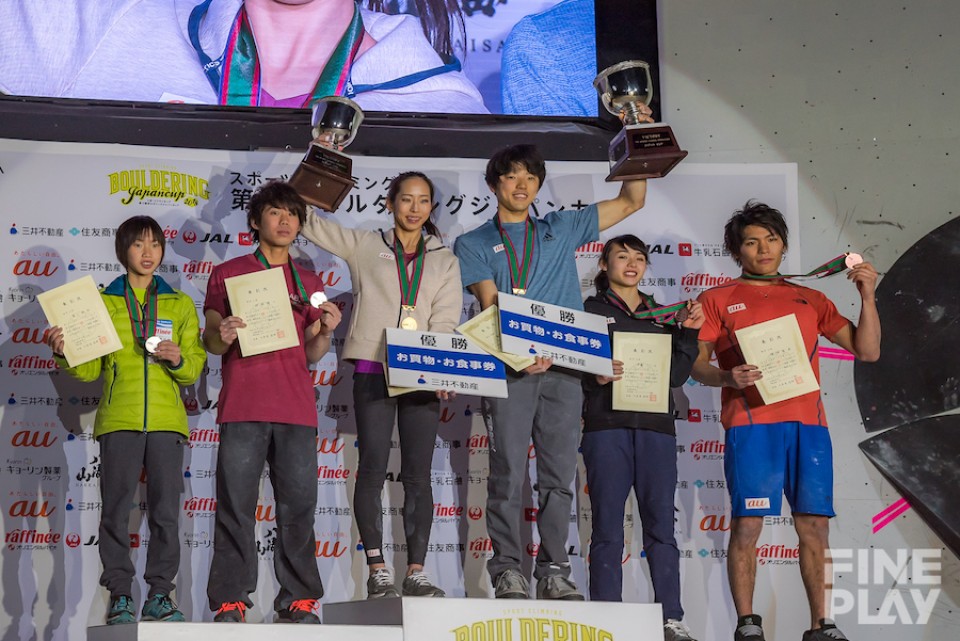 Climbers Kokoro Fuji and Akiyo Noguchi wrote their names in the history books after both claimed first-place finishes at the 2018 Sport Climbing Bouldering Cup in Tokyo over the weekend.

In the men’s draw, Fuji became the first climber to take out three successive Bouldering Cups.  On the women’s side, Noguchi claimed her 11th title, becoming the oldest title-holder in the history of the cup.

Noguchi was one of six finalists in the women’s draw taking on the bouldering wall at the Komazawa Olympic Park in Tokyo’s Meguro and Setagaya Wards.  The veteran climber showed her experience to fend off fierce competition from Ai Mori on her way to top place on the podium, her first in two years.

“It hasn’t sunk in yet that I won again,” Noguchi remarked after her success.

“With so many young climbers coming through recently, I told myself during practice that if I can’t win the Japan Cup it would be really bad, so I’m relieved to have got the win.” 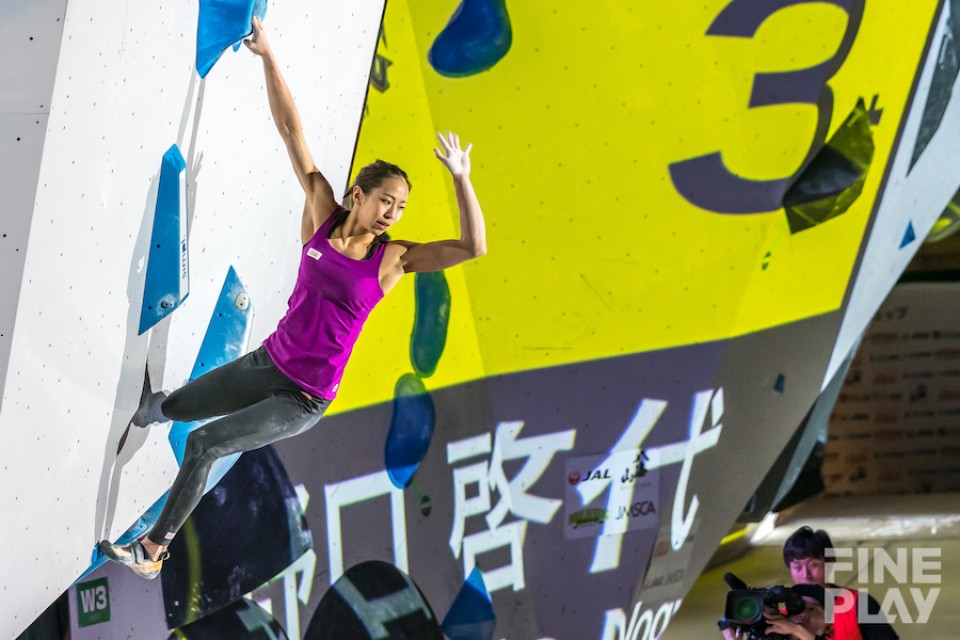 In the men’s final, Fuji showed no signs of losing his grip on the title, making a steady climb to top place on the podium, and his third consecutive Bouldering Cup.

“I didn’t really feel any pressure about winning for the third time.  In myself, I wasn’t thinking about losing.  Rather, I kind of enjoyed the pressure.  The final was a lot of fun,” said Fuji of his historical win. 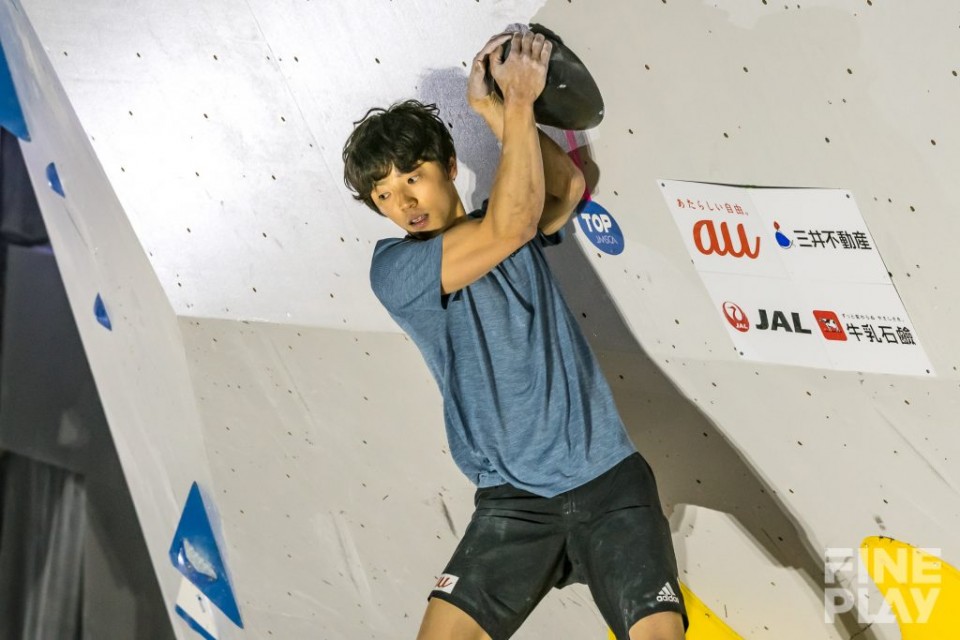 Second place in the men’s draw went to Ryuichi Murai whose strong, physical climbing style saw him come out on top in a tough battle with third-placed Tomoa Narasaki.

With a ticket to the world stage at stake, for Japan’s top bouldering athletes the Sport Climbing Bouldering Japan Cup, organized by the Japan Mountaineering and Sport Climbing Association (JMSCA), represents the best chance of selection to represent Japan over the coming season.