The 2018 university entrance exam in Japan has sparked confusion and controversy among high school students and the general public over a question involving the Moomins book and comic series that is popular in Japan.

The rumpus arose over a question in the geography section of the annual National Center Test for University Admissions, taken Jan. 13 and 14, when students were tested on their knowledge of the similarities and differences in the languages and cultures of Sweden, Norway, and Finland.

The multiple-choice question gave an example of a Sweden-based animated show and the phrase "How much does that cost?" in Swedish, and then showed an image of the hippopotamus-like characters from a 1965 Moomins animation and another of the children's show Vicky the Viking beside the same phrase in Finnish and Norwegian.

Students were required to answer whether "Moominvalley" was set in Norway or Finland. The test center deemed Finland to be the correct answer. 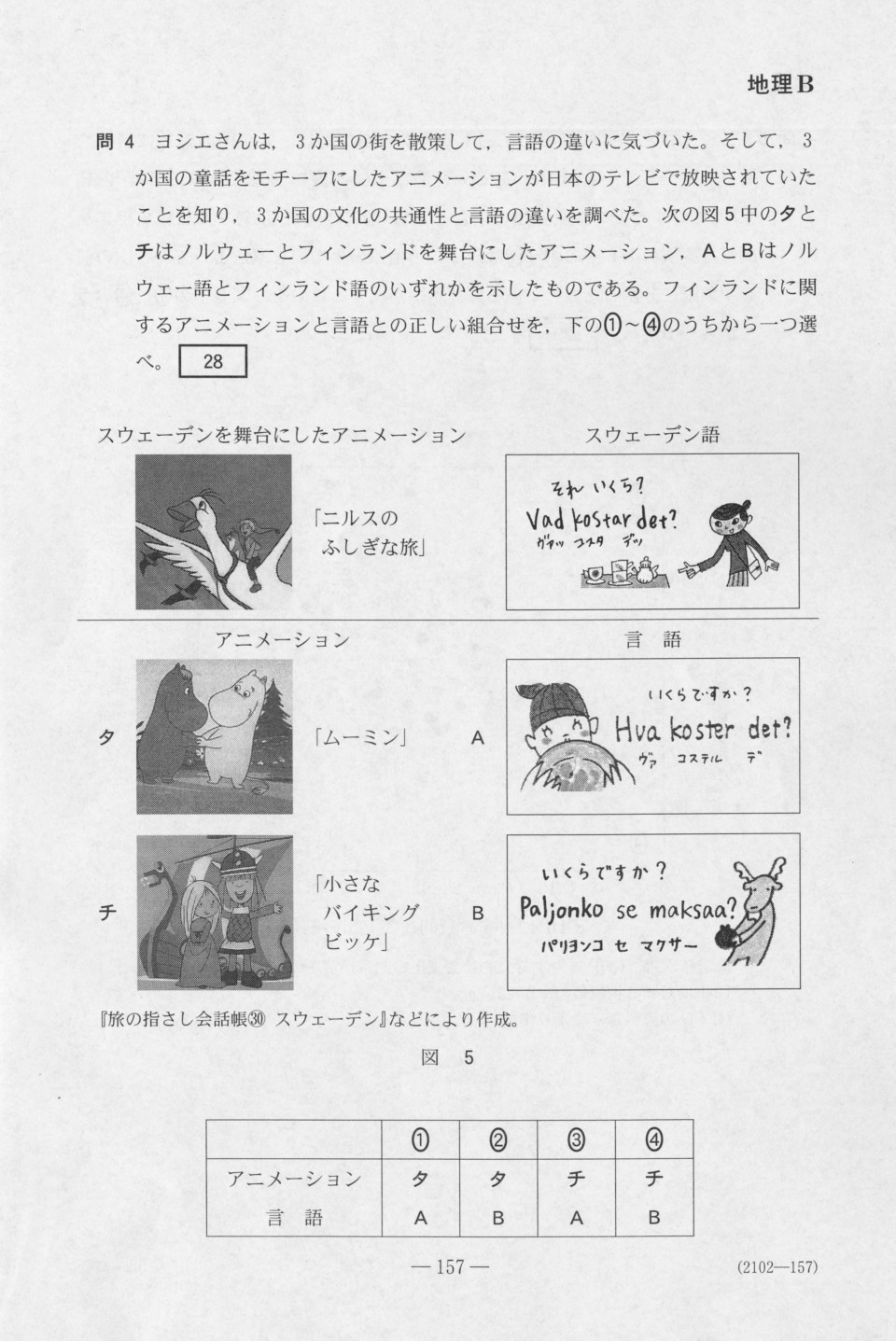 However, while Tove Jansson, the author of the series featuring protagonist Moomintroll and his eccentric family and their friends, was of Finnish descent, the real-world location of Moominvalley is not explicitly named in the series.

Some students taking the test on Jan. 13 and 14 expressed bewilderment and frustration online, saying things like "I bombed the test because of this question," under the related hashtag #ムーミン許すな that briefly became a top Twitter trend in Japan.

The exam, which aims to test the scholarly aptitude of high schoolers who have completed their basic education, is notoriously intensive and can be a crucial factor in whether one is accepted into university.

The test center responded to the backlash by saying, "The question did not directly require knowledge about the Moomin characters. We believe it aptly tested one's ability to think as necessary for the geography section and therefore posed no hindrance to the test-takers."

Some online also argued that, since Vikings came from what are now Norway, Sweden, and Denmark, the answer for the Moomins setting would be Finland by process of elimination. Others, however, pointed out that even Vicky the Viking is not officially set in Norway.

The official Moomin Japanese website released a statement on Jan. 16 that included a quote from Jansson reading, "You become a resident of Moominvalley the moment you wish to live there."

"Moominvalley does not exist in this world but rather in a fantasy world apart from reality," the statement said.

The series has been popular in Japan since it aired as a TV show in the 1960s. Today, the Moomin characters and their colorful world can be spotted around the country on clothing, cups, and toys, and a Moomin theme park is set to open near Tokyo in coming years.

Markus Kokko, press and culture officer at the Embassy of Finland in Tokyo, responded to the issue positively, saying, "We are happy that Finland and Moomin were taken up and could get visibility in Japan through this exam. We feel that it is positive for Finland, and positive for Moomin."