After gigging relentlessly around the United Kingdom for two years in a tour van they ended up torching for the cover of their eponymous debut album, Brit rockers The Amazons finally got their just rewards in 2017.

In addition to the four-piece from Reading's first long player going top 10 in the U.K., they sold out their headline tour on home soil and graced the stage at numerous major festivals including a slot at Japan's Fuji Rock festival. 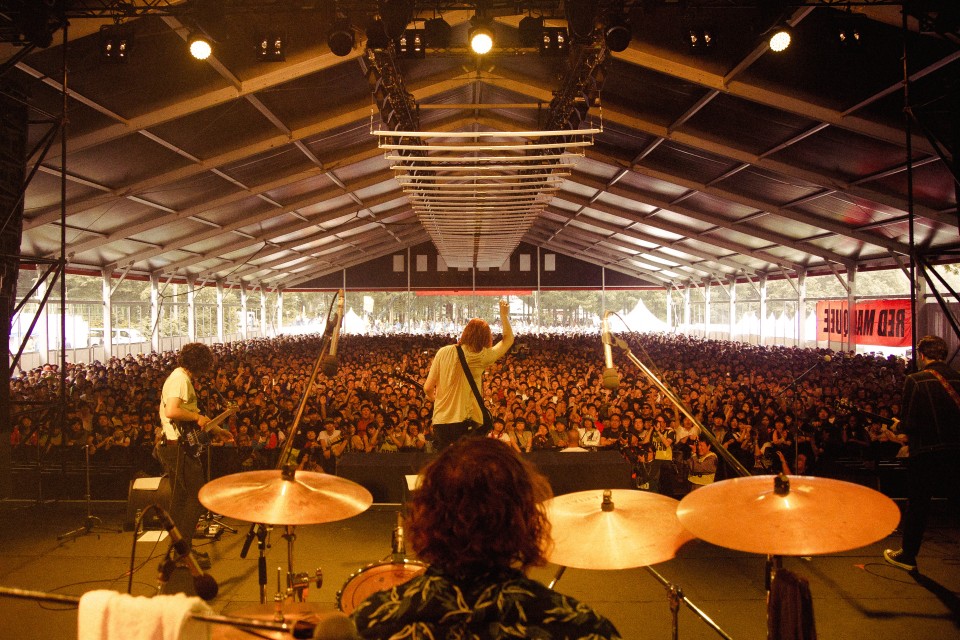 Success of the debut album aside, flame-haired frontman Matt Thomson picked Fuji Rock as the highlight of the year and says he is relishing the band's return to Japan for their own mini tour in March.

"I had an interview just before this and they asked me what my highlight of 2017 was apart from the album and I said without a doubt the Fuji Rock festival," Thomson recently told Kyodo News by phone from his home in Reading, west of London.

"For a band coming from 5,000 miles away playing songs that were born in our bedrooms in Reading and in a dingy little rehearsal space in this commuter town that doesn't have a huge amount of significance, for us to go over to Japan...I mean we left the stage and the tent was packed and still singing our songs back to us."

"That was the real pinch-me moment for us and I think that kind of appearance definitely contributed to us coming back to Japan."

"I think out of all the festivals we have played Fuji was probably the most beautiful setting and if I could go back to any of them I would probably go back to Fuji because it was just...I took a video of the main stage and backdrop of the mountains and I have shown that video to about a million different people."

Thomson also revealed that by touring Asia his band have been seen as pioneers by some of their peers.

"That's all anyone wants to talk about in the U.K.," he says. "It's like 'ah man you had a wicked year, how was Japan?' every single time because it is not a country that a lot of people...I think most people are interested in it, they just don't get around to going there, so out of everything, even Glastonbury or whatever, people wanted to talk about Japan and Korea and Asia as a whole. It's exciting to be able to go back."

Showcased on singles such as "Black Magic" and "Ultraviolet," The Amazons' explosive rock riffs and melodic anthems (think Foo Fighters meet The Vaccines), along with Thomson's emotive vocals and introspective lyrics, have proved to be a winning formula. 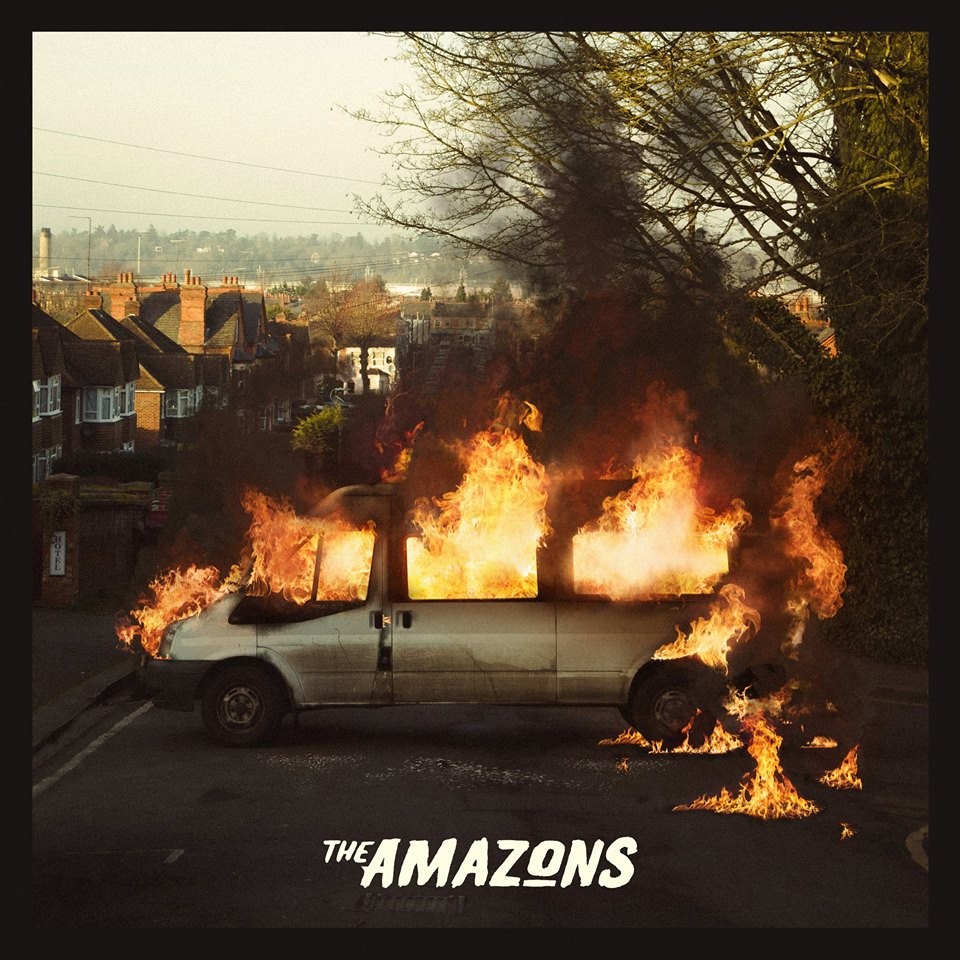 But not even Thomson was prepared for the success the album has enjoyed in Japan, where he says sales have been second only to the U.K.

"I've seen a couple of reports in terms of sales but that was in the first couple of months of the album (coming out) and it was the U.K. and Japan as the top two and then it was the rest of the world," he said.

"We have done multiple tours of Europe and you would expect that Germany would be close behind, but for Japan to come out as not just a surprising amount but a major place for us in terms of record sales was never discussed or imagined."

Despite arriving in Japan, their second biggest market, a couple of months after their album being released, Thomson said there was still not a huge amount of expectation around their Fuji Rock set.

"Then we turned up and the tent is packed and the people are singing the words and it's exciting for us and a nice surprise that it seems to be connecting in Japan."

"We did our set pretty early and then we had the whole day to kind of go out. We did an acoustic set for MTV then a signing afterwards and that blew our minds yet again. There was the longest queue and all these people were waiting in the rain and we live 5,000 miles away, but the Japanese people knew our names. I think that is the power of the internet and the power of music being able to transcend cultures."

"All these people were giving us presents and we were humbled by the whole response and it was just nuts, not something that we ever imagined." 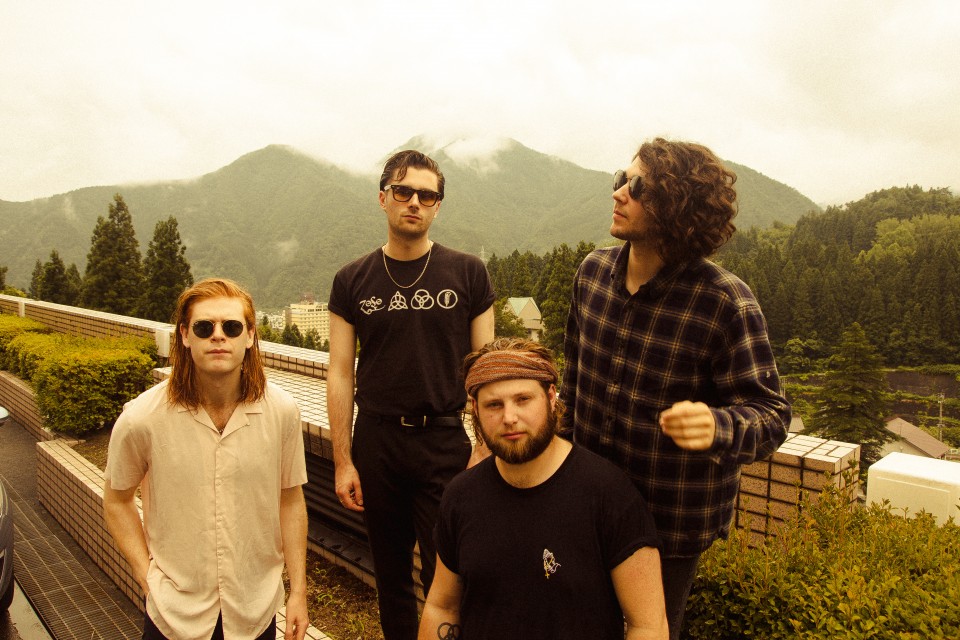 Despite the success of the debut album and the fame and stardom that it has brought, Thomson says he and his band mates are keeping their feet on the ground.

"I've been able to move away from home and move into a new place and all this kind of stuff and maybe the success of the band has enabled me to do that, which is cool."

"But I am still in Reading and we go to similar bars that we did before any of this happened. One day I want to leave but our feet are pretty on the ground. I live with a couple of lads that I have known for years and years and they have very respectable, honest jobs and so they keep my feet on the ground, that's for sure."

The Amazons kick off their 2018 U.K. tour on Feb. 1 and then fly to South Korea for a show on March 3 before playing the Club Quattro venues in Tokyo and Osaka on March 5 and 6.

"We are really excited, we will just be off the back of our U.K. tour and we are pretty intent on taking the kind of headline U.K. tour over to Japan and Korea really," said Thomson.

"In some European countries where it is still early days (for us) we have to change around the set and cut bits and bobs down because you are playing (venues) half the size you would in the U.K. or even smaller."

"But we are playing some really decent size rooms in Japan so we feel like we can take more of a full show and play for over an hour and give people their money's worth."