Japan to nominate ancient tombs in Osaka for World Heritage

The Japanese government on Friday decided to nominate ancient tumulus clusters in Osaka Prefecture as a UNESCO World Cultural Heritage site candidate for 2019.

The government will submit a letter of recommendation to the United Nations Educational, Scientific and Cultural Organization by Feb. 1, with an eye on the Mozu-Furuichi Kofungun, one of the largest ancient tombs in Japan, being registered in the spring of 2019.

The International Council on Monuments and Sites, or ICOMOS, a UNESCO advisory panel, will inspect the site in September this year to decide whether to recommend the tumulus clusters before final consideration by the World Heritage Committee. 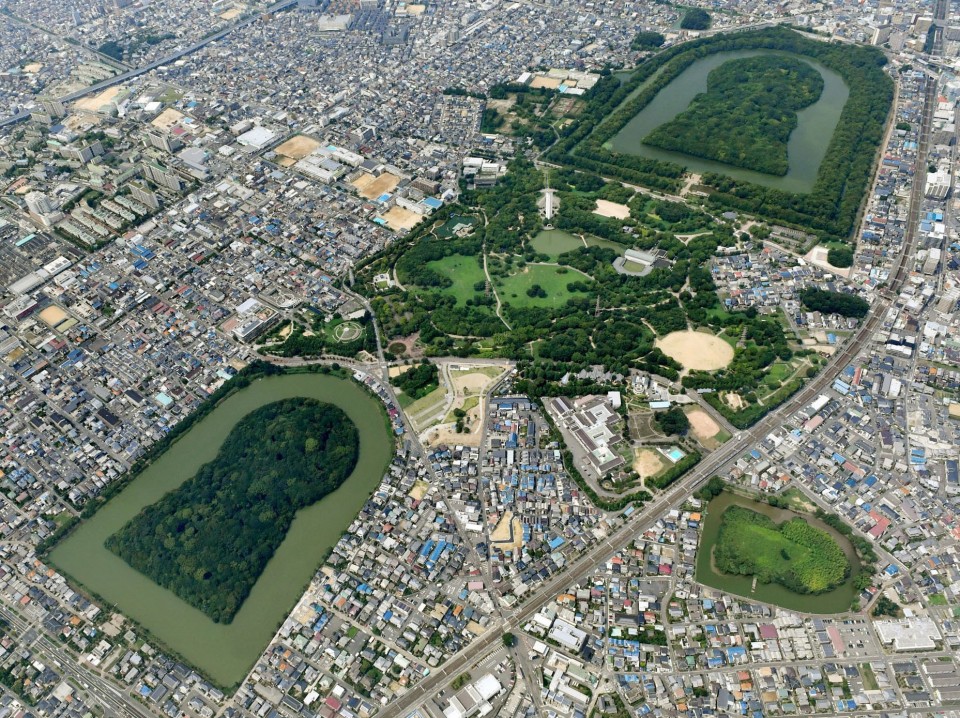 The tumulus clusters stretch from the Mozu area, currently the city of Sakai, to the Furuichi area, now the cities of Habikino and Fujiidera. They are considered a representative example of ancient Japanese construction techniques and culture.

The clusters include Daisen Kofun, or the burial mound of the Emperor Nintoku, one of the three largest tombs in the world along with the tomb of Qin Shi Huang in China and the pyramid of King Khufu in Egypt, according to the Japan National Tourism Organization. Daisen Kofun is about 486 meters long and its front part is roughly 307 meter wide.

Local authorities first proposed the tumulus clusters as candidates to the Agency for Cultural Affairs in September 2007. They were picked for nomination by a government panel in July last year.

World Heritage site screenings are held every year and the World Heritage Committee is set to review natural and cultural candidate sites this year in Bahrain from June 24 to July 4.