As of 6 p.m., 13 centimeters of snow had been recorded in central Tokyo, the first time since February 2014 that more than 10 cm of snow had accumulated, the Japan Meteorological Agency said.

The agency said snowfall was expected to end by early Tuesday morning but warned of icy roads due to low temperatures. 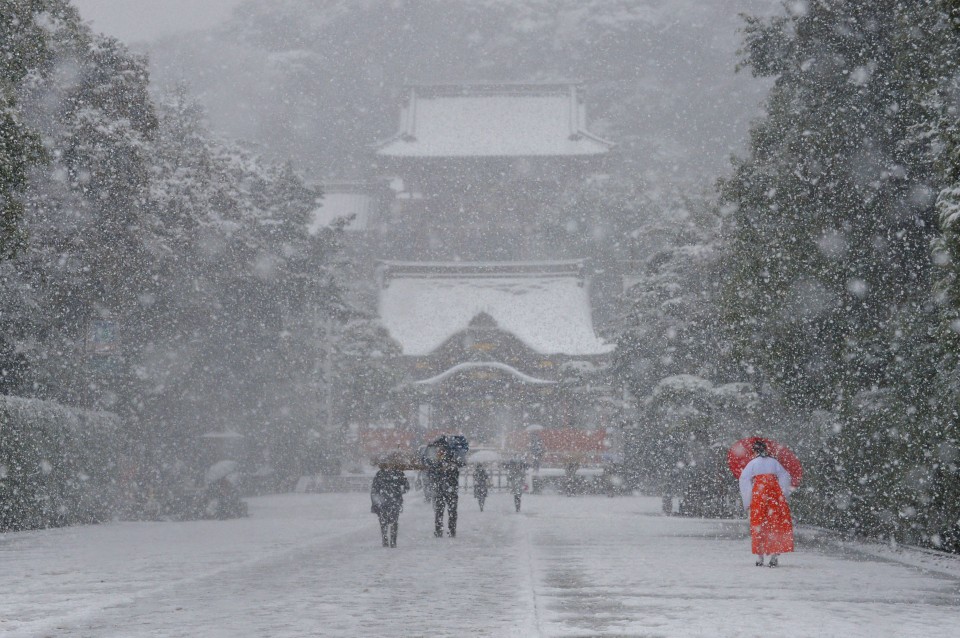 Train operators reduced or canceled services, with some shinkansen bullet trains running at lower speeds, while some expressway sections in and around the capital were closed.

Japan Airlines, All Nippon Airways and other airlines canceled more than 250 flights nationwide, particularly those departing from and bound for Tokyo's Haneda airport.

Rainbow Bridge in Tokyo Bay was closed after several vehicle collisions on the slippery surface. 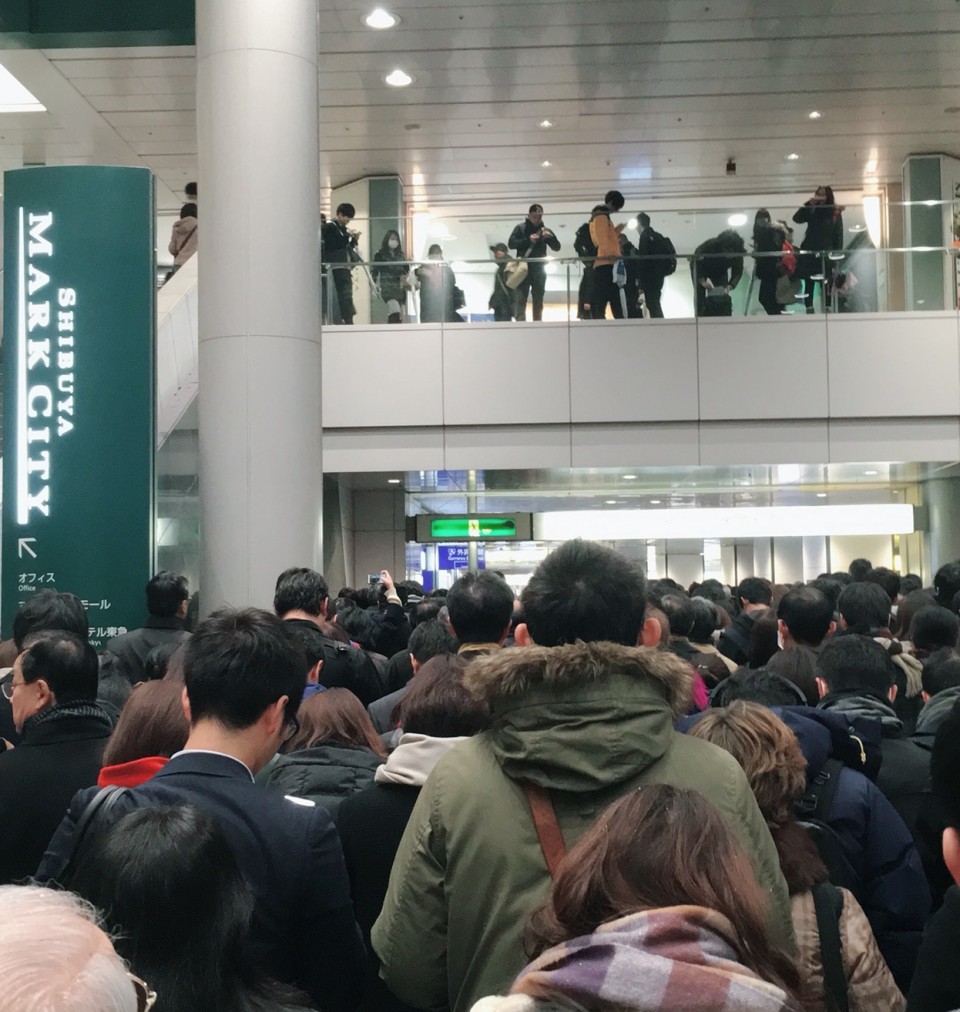 By 6 a.m. Tuesday, snowfall could reach 30 cm in the Tohoku and Kanto-Koshin regions in northeastern and eastern Japan, 20 cm from the Hokuriku to Chugoku regions in central and western Japan, and 10 cm to 15 cm in northern Kyushu and Shikoku, the agency said. 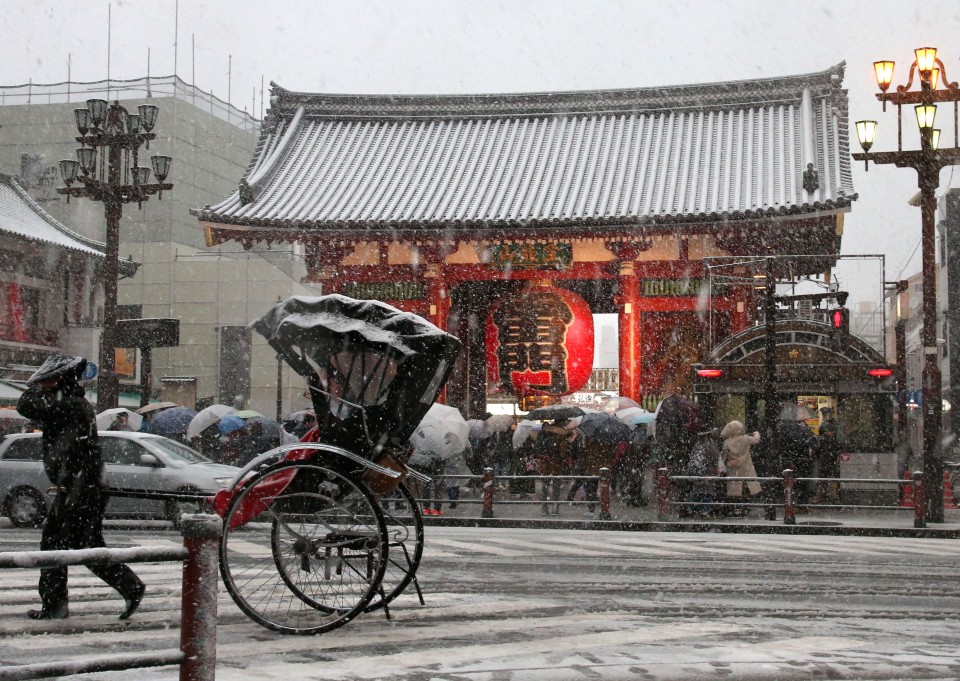 With cold air expected to flow over Japan from Tuesday, a strong winter pressure pattern will continue until around Saturday, it said.

The Sea of Japan coast in the Tohoku and Hokuriku regions is expected to have heavy snowfall from around Tuesday noon. Those areas and Hokkaido may see strong winds of up to 126 kilometers per hour, the agency said. 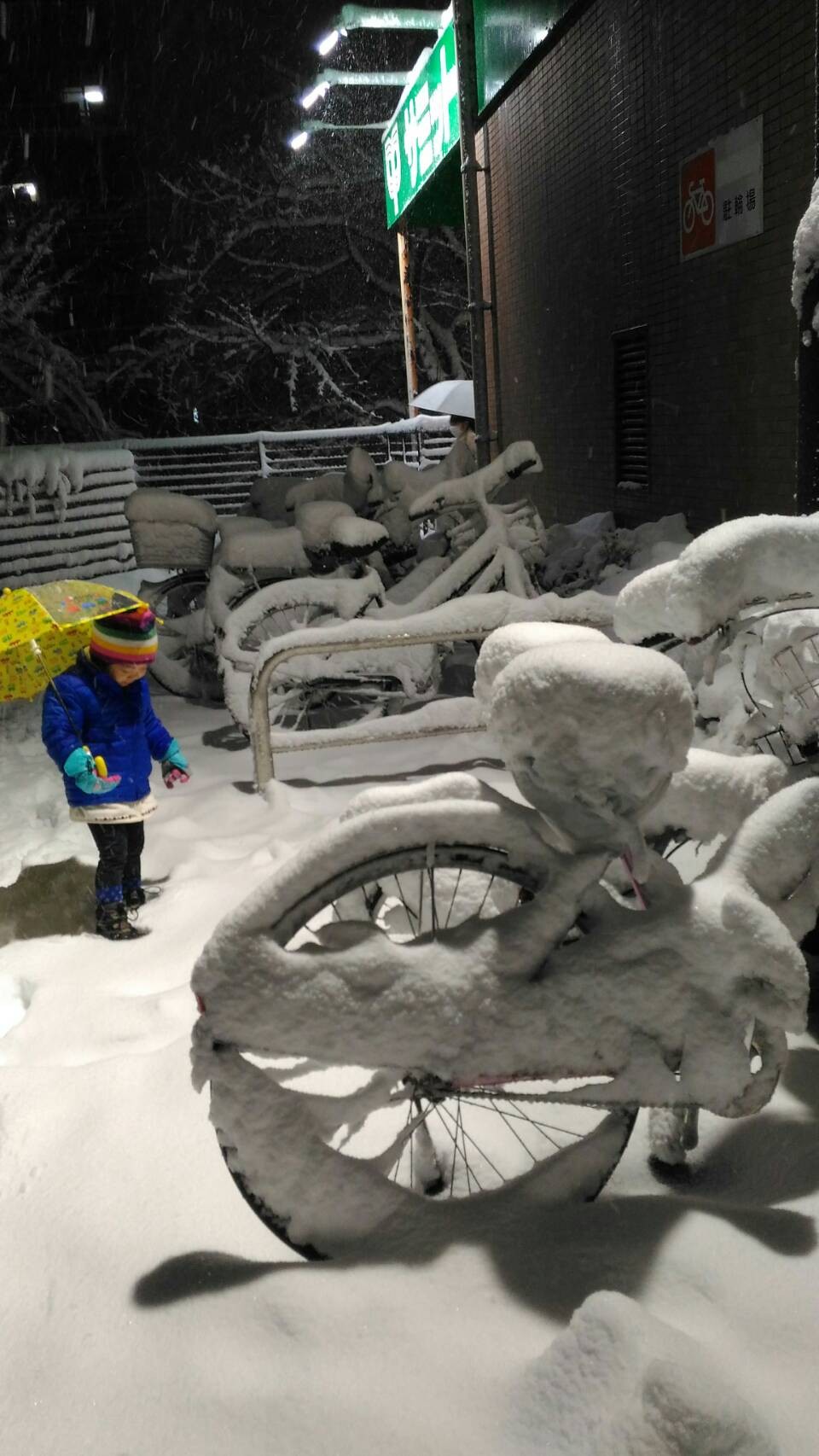