Convenience stores in Japan are seeking to tap into a health boom in an aging society, offering leaner meals and, in some cases, even professional nutritional advice.

Lawson Inc. in mid-January opened a pop-up shop in Marunouchi, a busy commercial district in central Tokyo, focusing on products that are low in carbohydrates found in such foods as sugary snacks, rice and bread for health-conscious businesspeople.

The store offers around 250 items including bento box lunches, salads and beverages. Placards suggest nine meal combinations for specific types of customer. For example, one breakfast option for people who want to "work actively throughout the day" consists of a mixed sandwich, a green smoothie and a hard-boiled egg.

A suggested dinner for people planning to jog around the nearby Imperial Palace after work features a plate of keema curry with diced cauliflower instead of rice and a pack of five bite-sized fried chicken pieces. The store manager, who is a certified dietitian, is also on hand to advise customers on their eating habits.

The move seeks to capture a growing market in Japan for health-related products and services. Users of fitness gyms nationwide are on an upward trend, growing 9.3 percent in 2016 from a year earlier to more than 248 million. Revenue in the fitness gym industry expanded 4.4 percent the same year, according to government statistics. 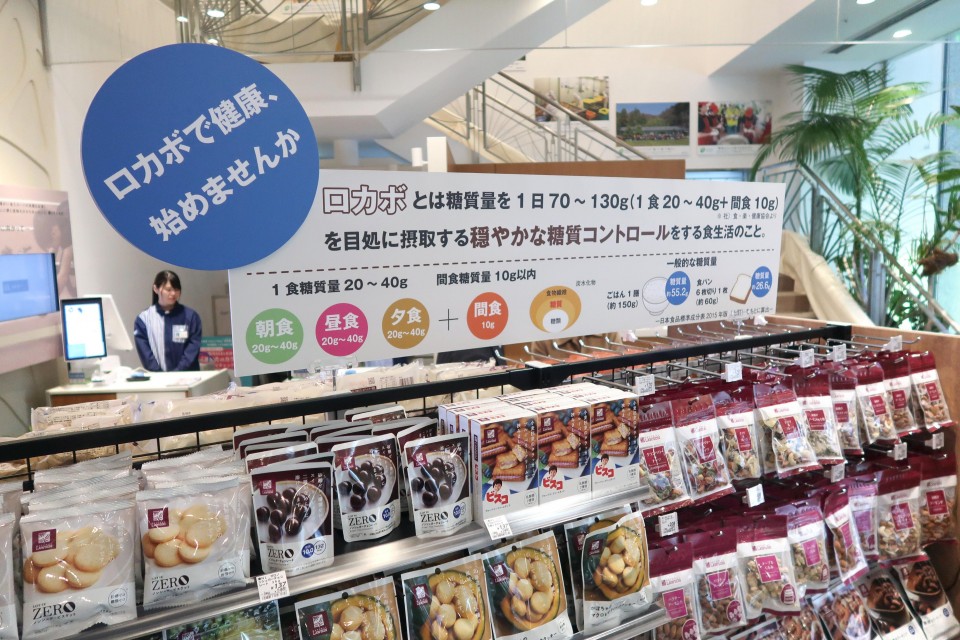 Lawson CEO Sadanobu Takemasu said at an opening event that the store, to be open through Feb. 24, is part of his company's efforts to increase the number of years a person is expected to live without illness or disability.

"They say we're entering an era where people will live to 100 years old. We hope to extend people's healthy life expectancy," Takemasu said. His company will analyze purchase data at the pop-up store and develop new products and store layouts, he added.

Lawson is not alone in pursing this section of the market. Rival FamilyMart Co. has teamed up with fitness gym chain Rizap since 2016 to sell foods for people looking to slim down, recently announcing a new line-up including low-carb instant ramen noodles and pudding.

Seven-Eleven Japan Co., the country's largest convenience store franchise, clearly marks the nutritional value of its food products on packaging to make it easier for shoppers to opt for a healthier choice.