Tokyo's Tsukiji fish market on Friday held its final New Year auction, one of the city's most famous tourist attractions, before its relocation to a new site in October. 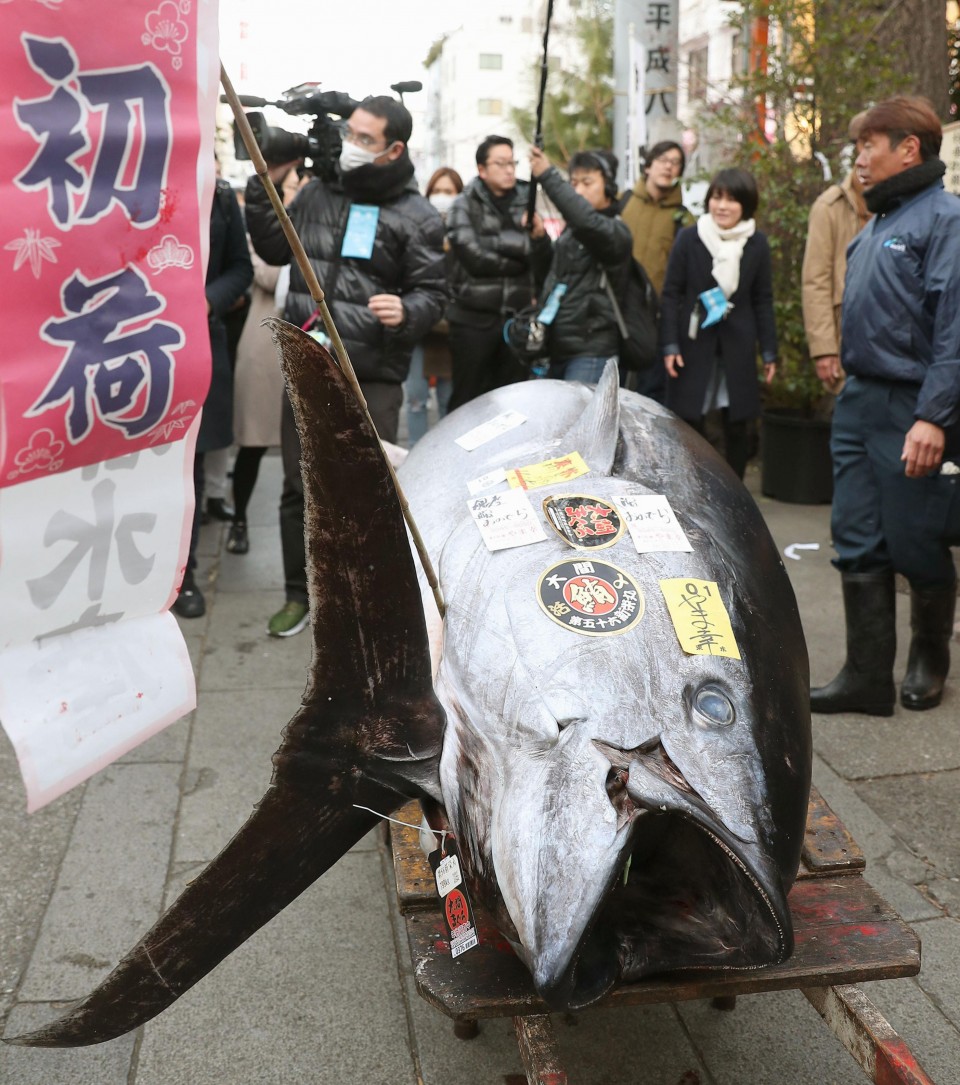 As the Tsukuji market's facilities have become obsolete, the Tokyo metropolitan government plans to move it to the nearby Toyosu waterfront district. The market has been operating in Tsukiji since 1935.

The new Toyosu market was initially scheduled to open on Nov. 7, 2016, but Tokyo Gov. Yuriko Koike pushed back the plan amid concerns about soil and air pollution at the site, which was previously used by a gas production plant.

Following rounds of talks between the metropolitan government and businesses, a new opening date of Oct. 11, 2018 has been set.

The current site of the Tsukiji market will be transformed into a transport hub for the 2020 Tokyo Olympics and Paralympics before a planned redevelopment.