Although Alexis Sanborn was a self-professed Japanese culture geek as a teenager, she never had much of an appetite for "washoku," or Japanese cuisine.

As she grew up reading anime in a California suburb in the early 1990s, before the Japanese restaurant boom in U.S. urban cities, Sanborn stuck to her native Italian and American diet.

But while teaching abroad in Shimane Prefecture on the Japanese Exchange and Teaching program in 2009-2011 while in her 20s, Sanborn began to love "kyushoku," Japan's institutionalized school meals prepared with fresh local ingredients in school kitchens. 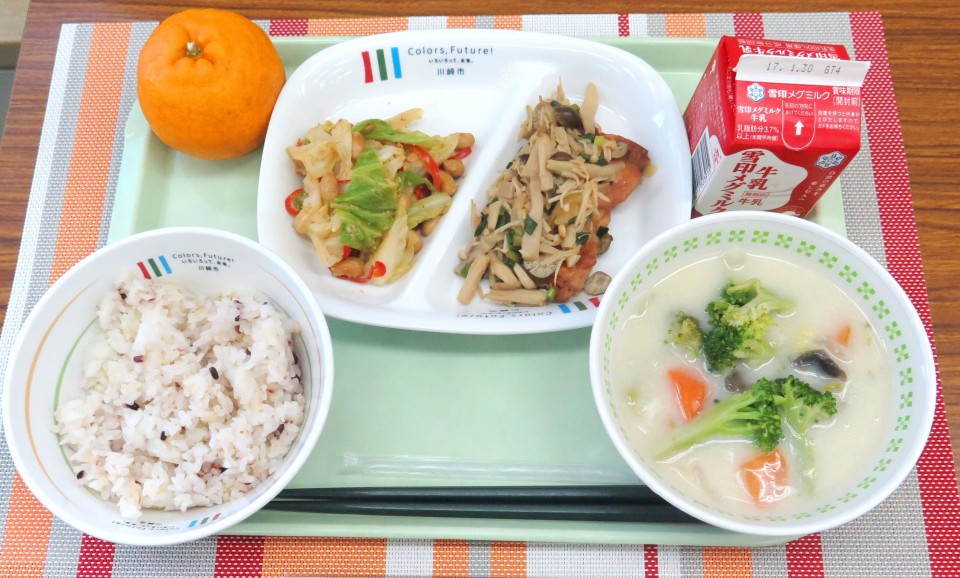 Sanborn's nutritious and well-balanced Japanese school lunch experience, which differed from her school meals in the United States, inspired her ongoing independent documentary "Nourishing Japan," which is set for completion by autumn 2019.

"In Japan I think they value nutrition more, but beyond nutrition they look at food as something much more, as a tool to learn about other parts of society," said Sanborn in an interview with Kyodo News.

To honor the working hands that feed Japan's next generation, the film examines how school lunches are a key ingredient of the 2005 Basic Law on Food Education that instills the correlation between consumption and health in elementary and junior high school students.

Last June, Sanborn self-funded the filming for the documentary, interviewing farmers who labor over crop fields in Seto to deliver fresh produce to awaiting cooks in school kitchens in the greater Aichi Prefecture of central Japan.

"People in the field taught me a lot about everyday realities the farmers have to face," said Sanborn.

The film also focuses on the nationwide "shokuiku" dietary education program that promotes the intangible benefits children gain through the varying customs that go with food from different prefectures, and the health benefits of authentic Japanese meals.

During Sanborn's first round of filming last June in Tokyo, she interviewed nutritionists, including Yukio Hattori, the creator of the word "shokuiku," and a key facilitator to the Japanese government in the implementation of the food education law. 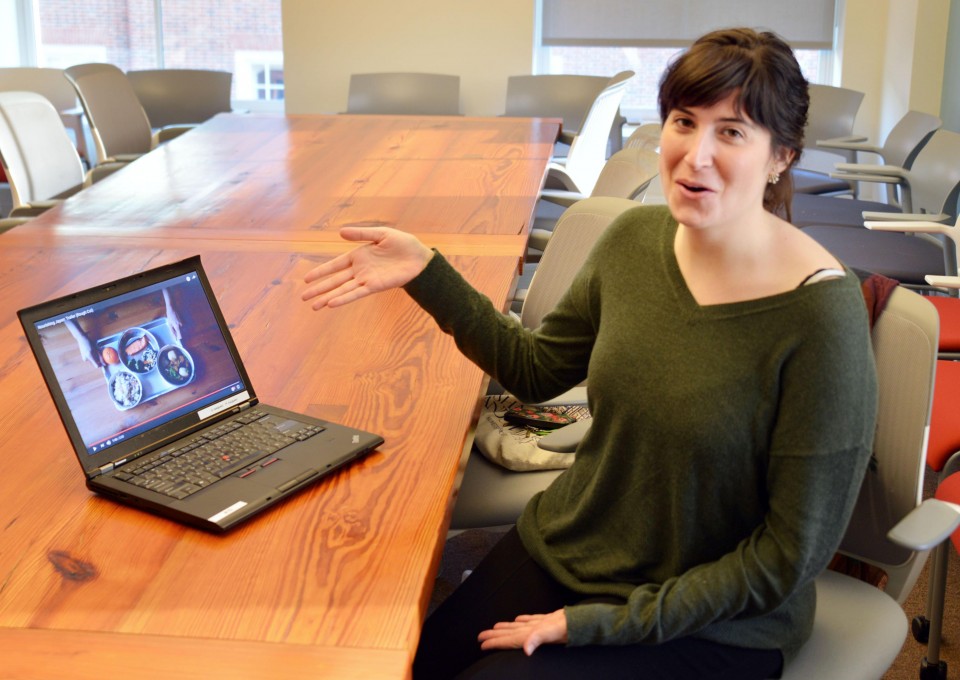 Sanborn, 31, followed her passion for Japanese culture and graduated from University of California, Santa Barbara in 2008 with a double major in Japanese and East Asian Studies, later earning her graduate degree in East Asian studies from Harvard University.

She is currently working toward a master's degree in public administration, working full time at the U.S. Asia Law Institute, and pursuing her passion in documentary film making.

According to Sanborn, her love for Japanese cuisine started when the school where she taught in Gotsu, Shimane Prefecture, served a meal with fried "chikuwa" fish cake and curry. She said that initially the dish did not look appetizing, but she found it to be delicious, later adopting it and often making it at home.

The "Nourishing Japan" film crew opened a crowdfunding campaign on Jan. 5 to help further production of the documentary in the summer of 2018 in Japan. They plan to interview farmers, teachers and cooks who nourished local children after the 2011 earthquake and tsunami in the country's northeast.

"What is the story of 'shokuiku' and 'kyushoku' after the disaster? Only after a month they were able to have a basic meal, they were able to work this hard even after something like a tsunami, that was inspirational."