A funeral home with a drive-thru window will open in Nagano Prefecture on Sunday, allowing mourners to pay their respects without getting out of the car.

The operator of the Aishoden funeral home in Ueda, a medium-sized city in the central Japan prefecture, said the drive-thru window is the first in Japan.

It is primarily aimed at allowing seniors and the disabled to attend funerals, but may also be used in future by people short on time. 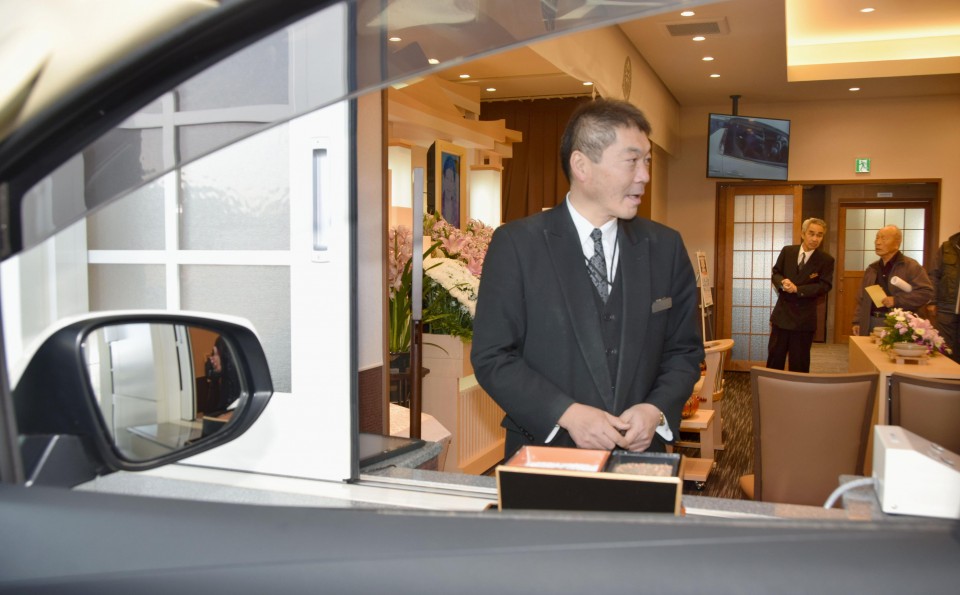 During a tour of the home on Saturday, local residents lined up to get a look at their city's latest innovation.

Drive-thru mourners can stop their cars next to the window and enter their names and addresses on a device given to them by a receptionist.

The mourners then hand over their condolence money and offer incense for the repose of the dead. Normally, at regular Buddhist funerals, the incense ritual would be done at the altar. 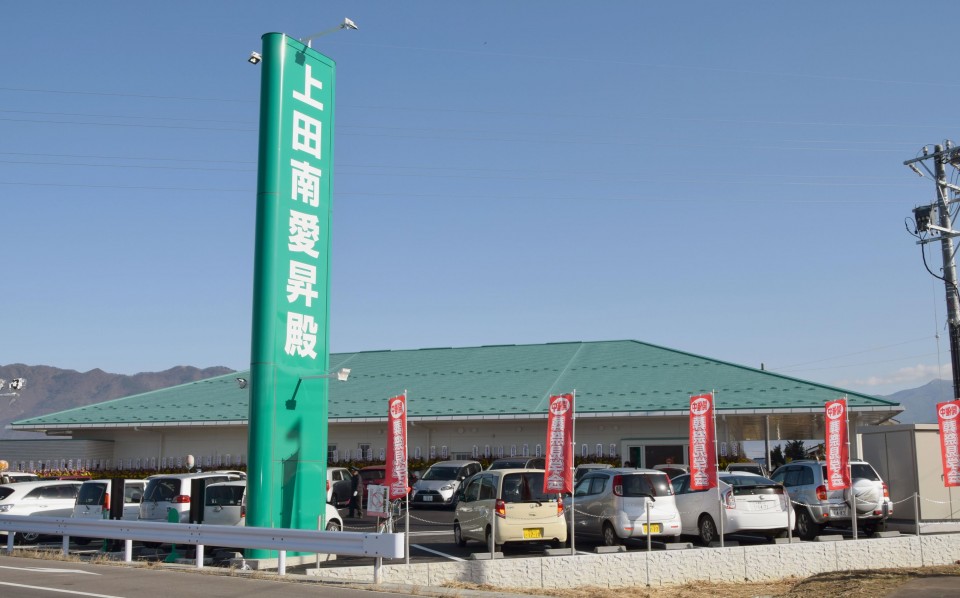 The faces of drive-thru mourners and their incense offerings are shown on monitors inside the funeral home so other mourners can take note of who has attended.

"(It's good because it) responds to the feelings of people who have given up participating in funerals," Kazuhiro Ogura, 30, said after joining the tour.

"I think the chief mourner would be also happy about the fact that they have come to the funeral (even if they didn't get out of their car)," he added.