Prince Akishino, the younger son of Emperor Akihito and who turned 52 on Thursday, said he is "relieved" that an abdication law was enacted in June to allow the emperor to pass the throne to his elder son Crown Prince Naruhito.

"I hope (Emperor Akihito and Empress Michiko) will spend a relaxing time" after the 83-year-old emperor's abdication, Prince Akishino said at a press conference on Nov. 22 prior to his birthday.

At the same time, Prince Akishino denied concerns over possible dual authority between the new and old emperors.

"I can say clearly that it is impossible" that there would be dual authority as the emperor plans to pass on all of his public duties to the new emperor, he said.

Concerns over the possible dual authority arose with details of the post-retirement roles for Emperor Akihito and Empress Michiko remaining undefined. Historically, Japan has seen ample cases of emperors exercising considerable political authority after they retired.

After the emperor's abdication, Prince Akishino will be first in line to the throne. On his hopes, the prince said, "As it is unprecedented, there are many things that I cannot imagine. I presume (the new duties) would be done through trial and error." 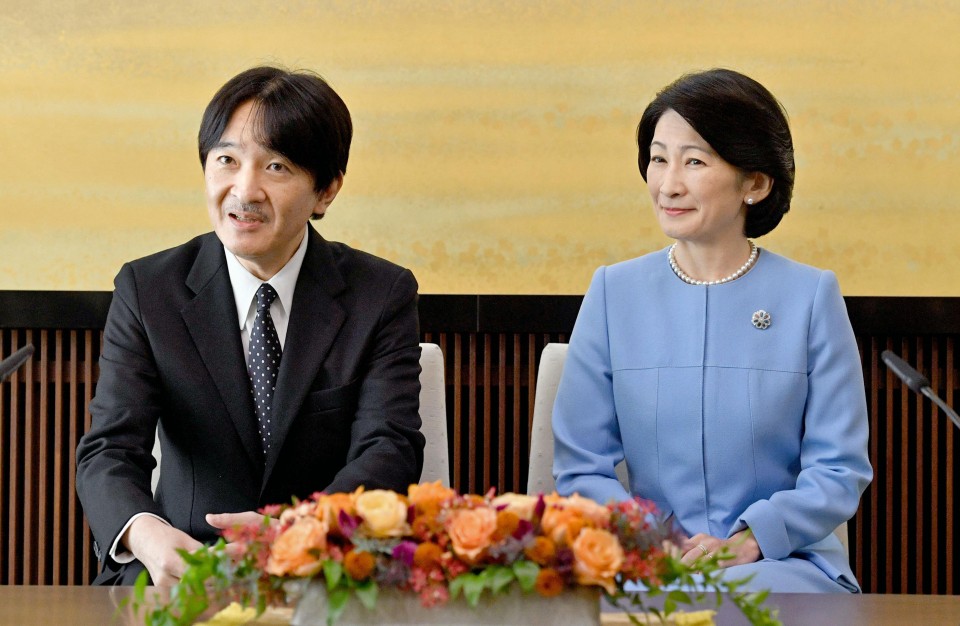 The prince said he hopes to take on the duties executed by Crown Prince Naruhito "as much as possible." But concerning who will take on his current duties, the prince said he needs to consult with the crown prince.

With his eldest daughter Princess Mako, 26, and her fiance Kei Komuro, a university classmate, Prince Akishino said his impression of Komuro is that the fiance is "extremely honest."

"I have met him a number of times but my impression of him has not changed," the prince said.

The prince's wife, Princess Kiko, who also attended the press conference, said, "I sincerely hope that the two will build and go through a happy life together." The couple's wedding will be held on Nov. 4 next year.