Toshiba Corp. will remove its corporate logo from its prominent position atop the One Times Square Building overlooking New York's iconic tourist hub as part of cost-cutting efforts, sources close to the matter said Wednesday.

In addition to terminating its contract for the Times Square screen in the first half of next year, the company has also formally decided to end its sponsor's agreement with two long-running Japanese television programs -- a popular cartoon show and a Sunday night drama -- at the end of March, the sources said.

The Japanese conglomerate is currently moving to streamline group operations to improve its financial standing as it looks to overcome huge losses stemming from its now-bankrupt U.S. nuclear unit. 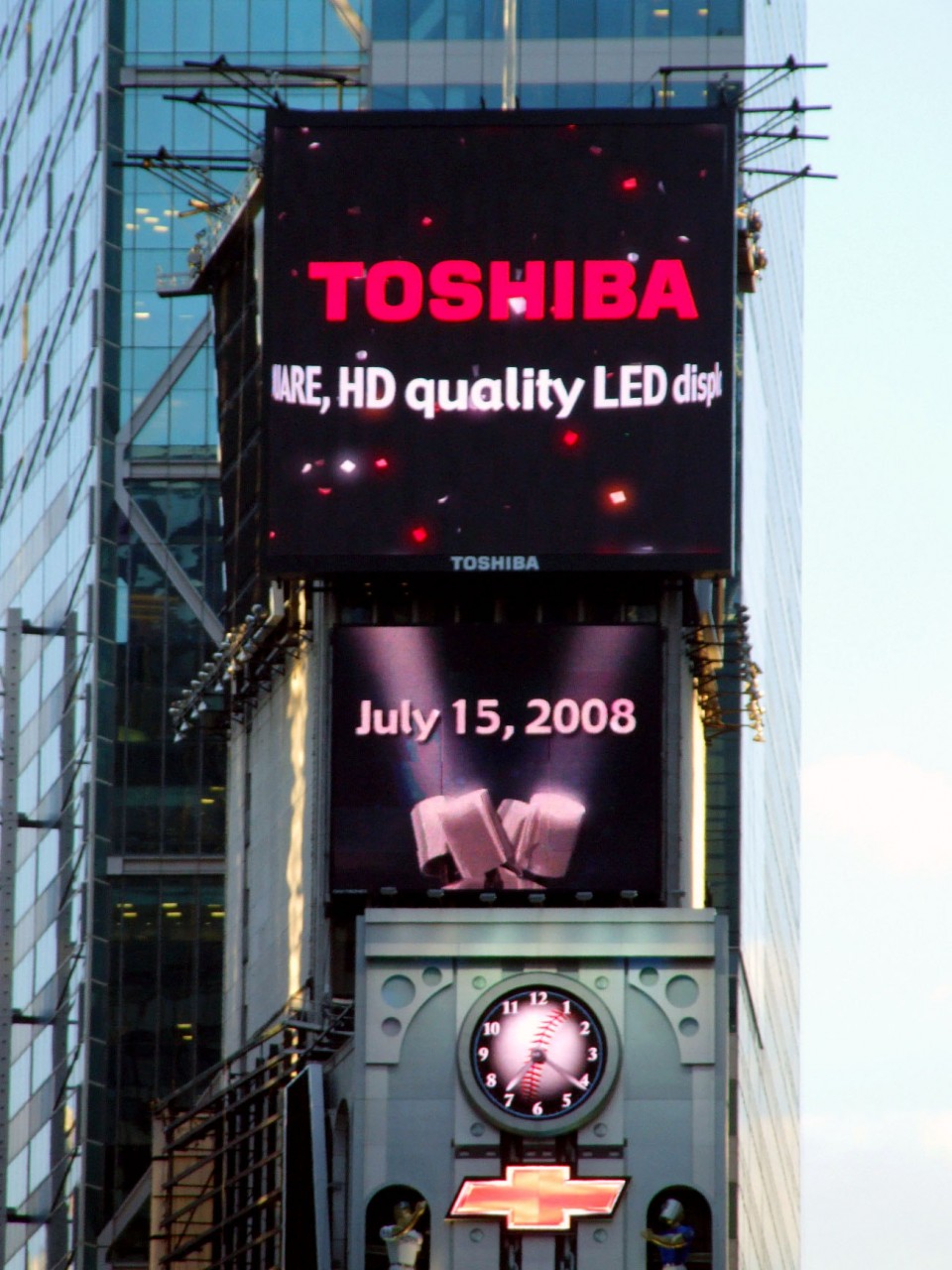 Toshiba's advertising cutbacks in Japan and the United States follow its recent decision to sell its TV and visual products subsidiary to Chinese electronics maker Hisense Group and its sale last year of its white goods unit to China's Midea Group Co.

With the company also considering withdrawing from the personal computer business, Toshiba is moving away from products targeted at general consumers, making large advertising spends of limited benefit, the sources said.

In December 2007, Toshiba put a large light-emitting diode screen on top of the One Times Square Building. The monitor symbolized the company's rapid global growth as it was used as the countdown clock for the famous Times Square New Year's Eve celebrations.

In Japan, Toshiba's name has been closely associated with the cartoon show "Sazae-san" over the past 48 years and similarly with the Nichiyo Gekijo drama for 61 years.

Airing on Sunday evenings since October 1969 on Fuji Television Network Inc., the cartoon has been recognized by Guinness World Records as the world's longest-running animated series.

On Sunday, Toshiba's board of directors approved a plan to raise 600 billion yen ($5.3 billion) via a new share issue to avoid delisting from the Tokyo Stock Exchange.

In September, Toshiba picked a Japan-U.S.-South Korean group as the buyer for its chip unit Toshiba Memory Corp. The sale is aimed at covering massive losses incurred by its bankrupt U.S. nuclear unit. Unless it sells Toshiba Memory by next March to eliminate its negative net worth, it will face a forced delisting.

The cash from the share issue, however, is set to provide Toshiba with most of the funds it needs to avoid delisting, even if the company fails to finalize the sale of its semiconductor business in time.