Half-time substitute Yuya Osako scored a brace and provided an assist in a dominant second half for Cologne, who beat BATE Borisov 5-2 Thursday in their second Europa League home match of the season. 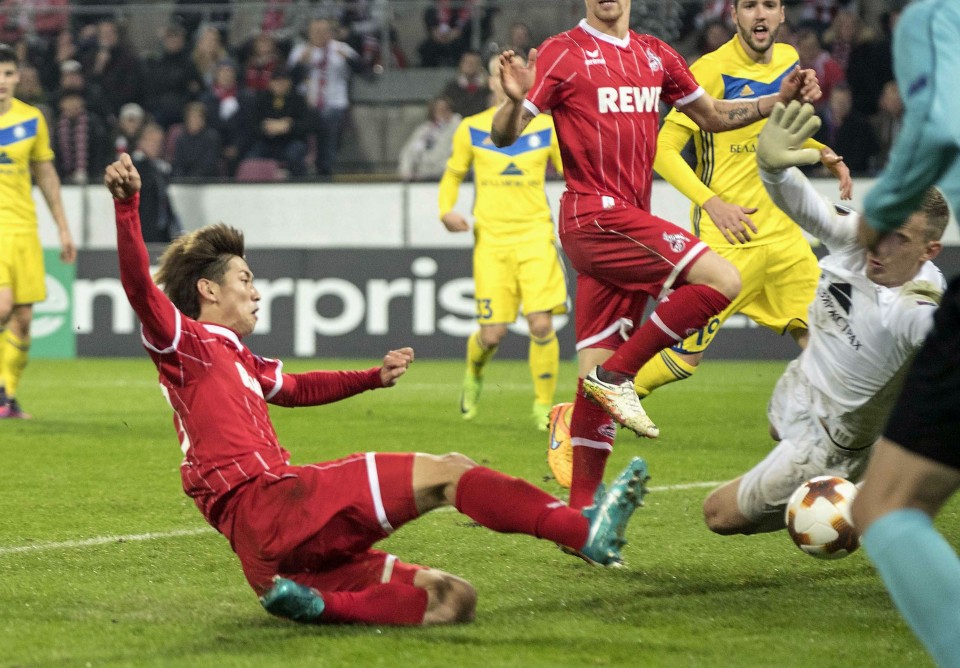 After the Belarusian visitors scored two goals in two minutes to turn a 1-0 deficit into a 2-1 lead before the break, the Japanese striker came off the bench and scored an equalizer in the 54th minute on a direct free kick from 20 yards out.

Sehrou Guirassy's set-piece conversion gave Cologne the lead in the 63rd, and Osako slid a shot into the net for the fourth goal in the 82nd to log his first brace since January.

In the final minute, Milos Jojic headed in a splendid cross from Osako at the right post to make it five.

"I went in there thinking 'someone has to do it.' With the first goal I just swung my leg without thinking. If I start thinking I knew I'd miss my chance. With the second goal I think it was my back heel. That was a nice one," he said.