Baseball: Money not issue for pitcher Otani, batting is

Should Shohei Otani move to the majors via the posting system as informed sources said Tuesday he expects to do, it will be a rare case where money will not be a primary factor in negotiations.

Now 23, a fifth-year pro, and the Pacific League's 2016 MVP, the hard-hitting, hard-throwing Otani will be treated as an amateur when he signs with a major league club under whatever system is in place this winter. That means the slugging ace of the Nippon Ham Fighters will take a pay cut to go. 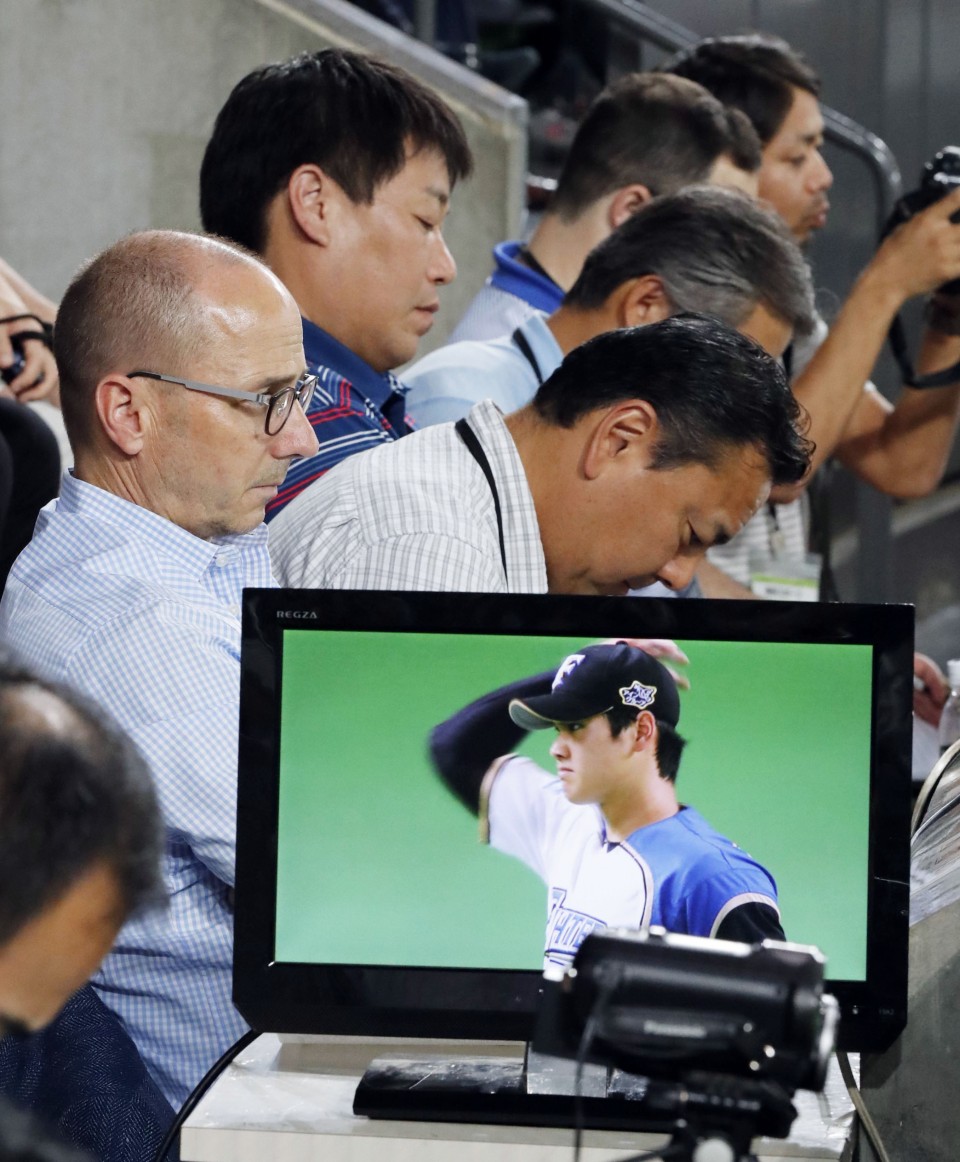 Under Major League Baseball's previous rules, Otani would be a treated as a professional once he turned 23 and eligible for a contract that MLB insiders predicted could reach $300 million.

But this year, he will have to sign a standard, seven-year minor league contract with a signing bonus that could range from between $300,000 and $10 million.

But Fighters chief executive Toshimasa Shimada has repeatedly told Kyodo News, "He (Otani) doesn't care about money. It's not about the money."

As soon as he is promoted to the majors, Otani will be eligible to sign a long-term major league deal, but MLB has stated it will not permit any kind of "handshake" deal for future payment before then.

That means if Otani becomes a major leaguer next March, he will likely earn the MLB minimum ($545,000 in 2018 according to baseball-reference.com). This season, the Fighters paid a reported 270 million yen (about $2.45 million).

While 30 major league teams are keen to sign the youngster, who has hit 165 kilometers per hour (102.6 miles per hour) in Japan, as a pitcher, they know they will have to accommodate his aspirations as a hitter in order to sign him. 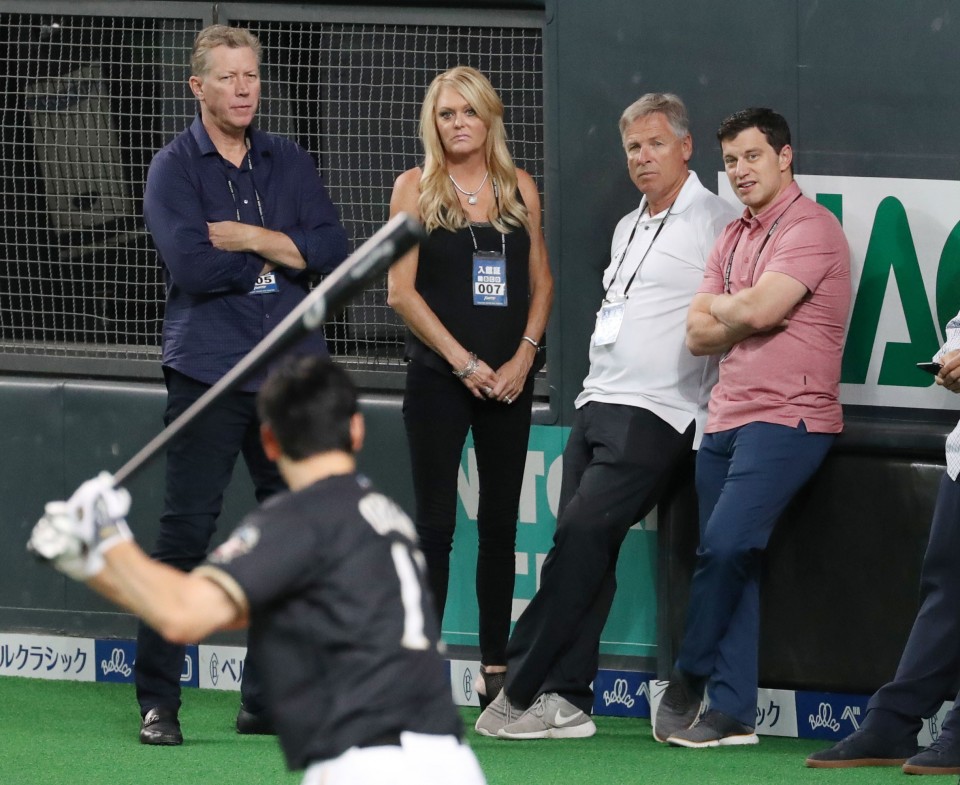 In a February interview with Kyodo News, he said, "It's not like 'I really want to be a pitcher and hit' or that 'I am a batter who also pitches.' That's not it. I want to do both. I want to bat well. I want to pitch well. That's the desire I've always had. For example, when it's said, 'if he focused on pitching, he'd be an even better pitcher so why doesn't he do that?' all I can say is that I really want to be a better hitter."

When told he could excel more by focusing on one or other -- as common practice in both MLB and Nippon Professional Baseball dictates -- he said, his pitching makes him a better hitter and vice versa.

"If I were to focus on one or the other, there's no guarantee I'd be better at it. Of course, I don't know the 'ifs' or 'maybes' should I focus on one," he said.

The big surprise about a move this year is that it will follow a disappointing season. An ankle injury suffered last October and an April leg injury that sidelined him for two-and-a-half months have limited him to three starts and 162 at-bats so far this season.

After being voted the PL's best designated hitter for 2016, Otani has maintained his .416 on-base-percentage, but his home run power has taken a hit. A number of pitches he would have driven over the walls a year ago have been gone for doubles this season.

Last season Otani hit 22 home runs and 18 doubles in 323 at-bats. This season he has seven homers and 14 doubles.

Although Fighters manager Hideki Kuriyama said Otani's batting had always impressed him, NPB, like MLB, has long rejected the idea of a pitcher who is a regular contributor in the batting order.

But Otani's desire to go to the big leagues out of high school -- and his failure to do so -- ironically opened up that opportunity.

Had he gone straight to a major league club at the age of 18, his bat would have been put in mothballs. But because he vocally asserted his desire to play in America, only the Fighters selected him in NPB's amateur draft. And then, they had to bend over backward to keep him in Japan and promise him a chance to hit.

Without that promise, it is doubtful the Fighters would have encouraged his batting, meaning that now he'd be just another big pitcher.

A year ago, when asked about letting him do both, several big league scouts asked: "What team is going to make a $200 million investment in a pitcher and risk him getting hurt by allowing him to play a position?"

But those dynamics have changed.

When Otani negotiates, he'll come to the table as an established all-star power hitter with a 165-kph fastball, a nasty slider and a sublime splitter as his hole cards.

Some MLB team is going to make a commitment to him as a hitter, and that, and not money, will likely be the big factor in negotiations. 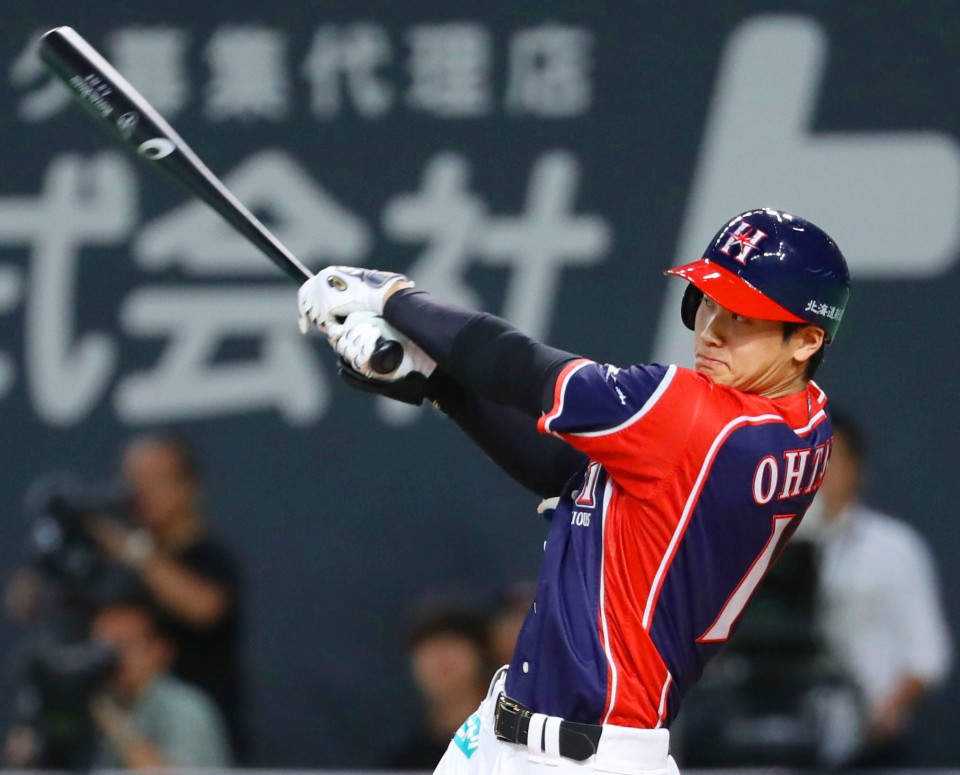