Ozeki Goeido suffered a second straight shock defeat Friday and saw his lead cut to one heading into the final weekend of the Autumn Grand Sumo Tournament.

Goeido, seeking a second career championship title, was second best throughout his match against fifth-ranked maegashira Takakeisho and dropped to 10-3 with two days of the 15-day Tokyo tourney left. 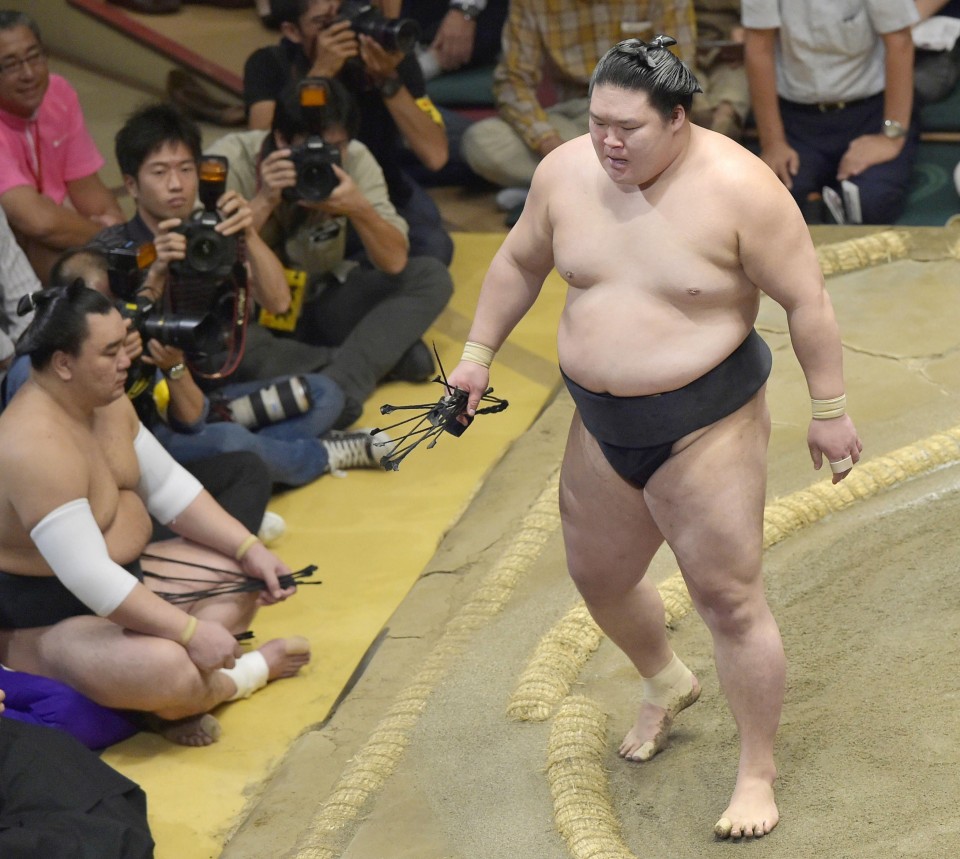 Lone grand champion Harumafuji closed the gap on Goeido, scoring a dominant win in the day's final bout against sekiwake Yoshikaze (8-5) to improve to 9-4. The Mongolian shares second place with makuuchi-division debutant Asanoyama.

Takakeisho (8-5) tore into Goeido at the tachiai charge and followed through with a flurry of shoves to put the ozeki on the back foot at Ryogoku Kokugikan.

Goeido was unable to recover and after taking another blow, lost his footing and tumbled to the sandy surface.

"I am happy (with the win). I just tried to give every ounce of strength I had out there," said Takakeisho, who also upset Harumafuji on the 10th day. "There is still tomorrow to come so I can't ease up. I just have to keep trying hard every day."

Harumafuji wrapped up the day's action in style, quickly getting a right-handed grip on the front of Yoshikaze's belt and blasting him over the straw ridge.

Former ozeki Kotoshogiku, who is now wrestling as a top-ranked maegashira, started the day tied for second but dropped to 8-5 after seventh-ranked Chiyonokuni (7-6) used an overarm throw to send him out of the ring.

The field at this tournament has been weakened by the withdrawal of three yokozuna -- Hakuho, Kakuryu and Kisenosato -- and two ozeki -- Takayasu and Terunofuji.