Innovative start-ups could be the key to reviving declining industries and deepening business connections between Australia and Japan. But as budding entrepreneurs are learning, breaking into Japan's conservative market is easier said than done.

Joshua Flannery and Kaoru Nishinakagawa are two of the co-founders of Innovation Dojo, a Sydney-based incubator that runs start-up bootcamps designed to help entrepreneurs foster cross-cultural business collaboration between Australia and Japan.

"Both countries are looking to entrepreneurship and innovation as the hope for dying traditional industries," 39-year-old Flannery explained.

According to Nishinakagawa, 40, although Australia and Japan share a long economic history, the relationship hasn't changed much over the last 60 years, with Australia assuming the role of a reliable supplier of food, energy and mineral resources.

"But we can do better than that," the Japan-born consultant said.

"Nobody thinks Australia is a business hub, but actually Australia's got a lot to offer," she said. "We can connect those countries by providing something like an innovation ecosystem...and solve the problems faced by both of the countries."

An innovation ecosystem is a platform or program where researchers or individuals with new ideas are able to collaborate with mentors, investors or even existing companies to create a product.

In the case of Innovation Dojo, which is run out of the University of New South Wales, individuals are introduced to problems in areas such as agriculture, financial technology and information communication technology, and then build teams which go on to develop ideas and businesses.

"You've got the 2019 World Cup coming up for rugby, the 2020 Olympics...what's going to happen to this big influx of first time visitors to Japan when they walk into the convenience store and a fair percentage of them will be celiac?" Flannery said.

However, the most advanced company to come through Innovation Dojo is V-Kaiwa, a virtual reality language teaching and learning program. 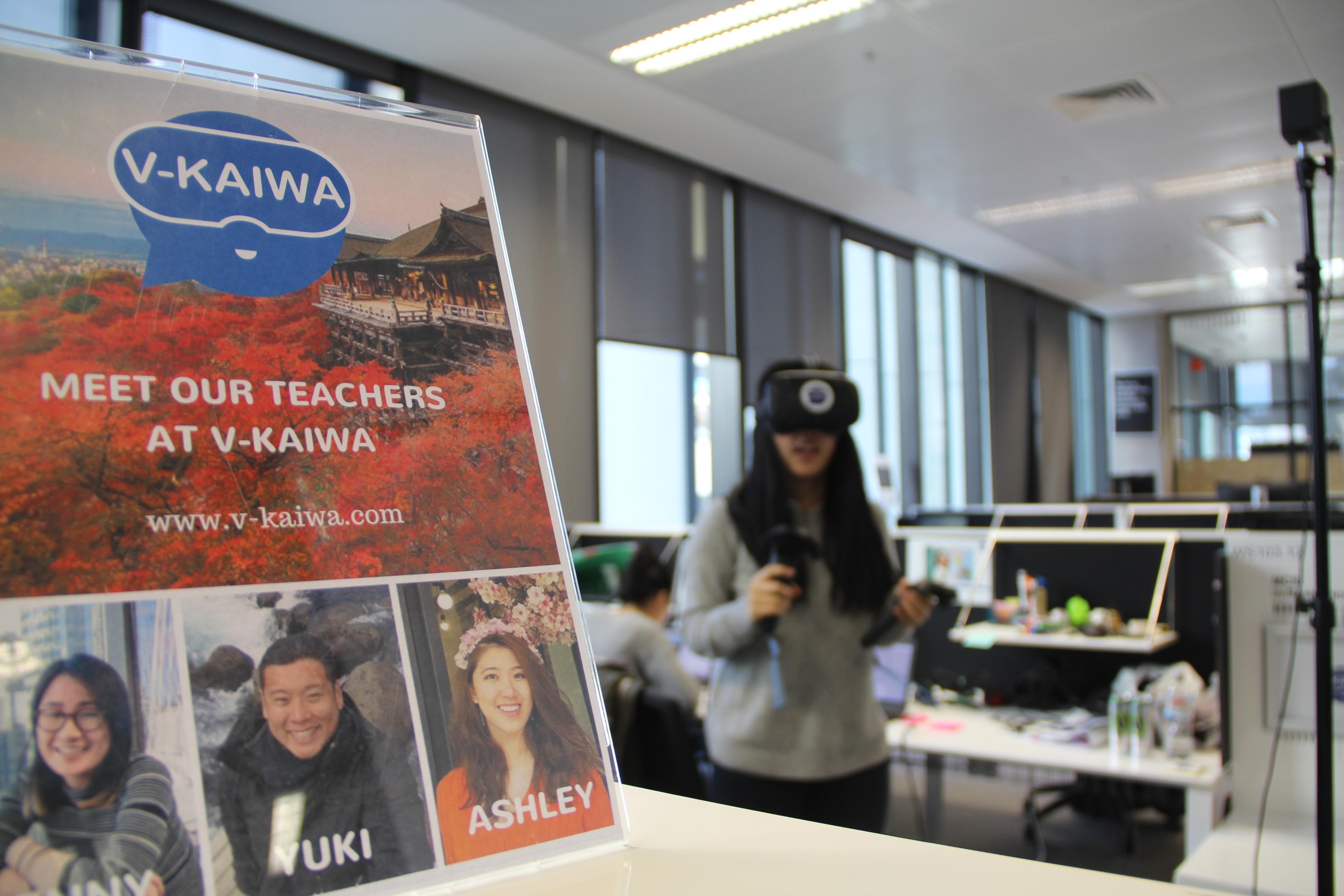 Founded by Seiya Takeda, 26, and Daphne Shen, 19, V-Kaiwa is designed to make students feel more empowered when using their language skills in a classroom environment.

"I've studied six languages and no matter what language I'm learning, it's always the same thing: people are scared of speaking out," Shen explained.

For Australia-born Takeda, a learning platform that encourages people to speak out could be particularly useful for Japanese students.

"Japanese culture is very conservative and shy, and the whole education system has been built around the idea that there is only one answer," Takeda said.

"But in the virtual reality environment we're creating a lot of features that encourage you to question or suggest more."

"In the real environment, you can say: 'Let's go over there,' or 'Pick up that,' but you can't really use 'that' or 'over there' in virtual reality."

"Instead you might say: 'Let's go over to the tree that has a rabbit next to it,' or something like that."

With the help of their team, Takeda and Shen have developed working prototypes of V-Kaiwa, engaged with large corporations like Microsoft and PricewaterhouseCoopers, and are looking to release the product to the market before the end of the year.

However, despite their fast-paced development, the pair admit that moving into the Japanese market has been a challenge, culturally.

"In Australia when you pitch an idea, people say: 'It might not work, but give it a go'," Takeda said.

"But in Japan it's more like: 'I don't know if it's going to work, it's not going to work,' and then that's it," he lamented, referring to Japan's perfectionist business culture.

By comparison, Shen says the reception V-Kaiwa had in Hong Kong was quite different.

"They're not afraid...It was a mix of what we have here and Japan."

Prior to establishing V-Kaiwa, Takeda was working an unfulfilling job in one of Australia's largest banks.

Knowing that his Japanese parents would not approve of moving away from a large company, Takeda kept his new position a secret.

"I was doing V-Kaiwa for seven months and hiding the fact that I was doing this," he said. "Some of their comments were quite hurtful...so I left home and started living by myself."

But despite the V-Kaiwa team's experiences, Japan's start-up and innovation scene is changing, slowly but surely.

Hiroyuki Tahara of Osaka Innovation Hub explains that as Japan's economy continues to decline, large companies are beginning to change how they approach independent entrepreneurs.

"Big companies, they woke up and realized the importance of open innovation, so (now they're) taking new ideas, completely new technology from outside their own organization," Tahara said.

Similar to Innovation Dojo, Osaka Innovation Hub aims to provide a space for the development of an innovation ecosystem.

But what differentiates the Osaka city government initiative is that large companies are encouraged to work with independent researchers.

"We also have what's called an innovation exchange where large companies share their own technologies and problems with the start-ups (in order to find a solution)," Tahara said.

"This was the thing which they couldn't even imagine a few years ago because (large companies are) exposing their confidential matters...they dare to open up to these strange start-ups."

Established in 2013, Osaka Innovation Hub hopes to recreate the success of Silicon Valley, and make the Kansai region of western Japan synonymous for innovation, not just in Japan but around the world.

"What Japan has always done better than Australia is finishing the job with quality," he said.

"(But) if we can come together and deliver something in between; the ballsy innovation moves from Australia, coupled with the quality control from Japan...I think there's big potential there." 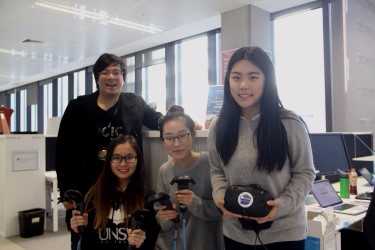