North Korean leader Kim Jong Un has inspected his country's army and received a briefing on its plans to fire ballistic missiles into waters in the vicinity of the U.S. Pacific territory of Guam, official media said Tuesday.

Kim blamed the United States for raising tensions and urged the administration of President Donald Trump to take into consideration "gains and losses with clear head whether the prevailing situation is more unfavorable for any party" during the inspection Monday, according to the Korean Central News Agency. 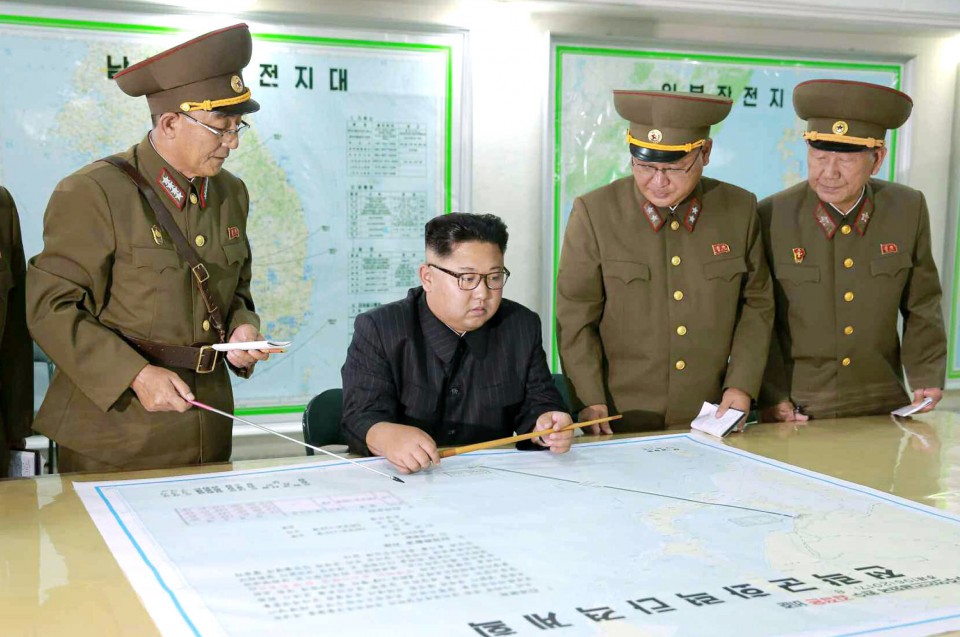 "In order to defuse tensions and prevent the dangerous military conflict on the Korean Peninsula, it is necessary for the United States to make a proper option first and show it through action," Kim was quoted as saying.

While noting that North Korea stands ready to fire the ballistic missiles anytime, Kim was also quoted as saying that he will "watch a little more the foolish and stupid conduct of the Yankees."

Kim said if the United States continues with "extremely dangerous reckless actions" around the peninsula and test the "self-restraint" of North Korea, it will "make an important decision as it already declared."

Angered by this month's new sanctions imposed by the U.N. Security Council, North Korea has threatened to fire four intermediate-range ballistic missiles over Japan to land in waters in the vicinity of the Pacific island, home to about 7,000 U.S. troops and 160,000 people.

Kim's remarks suggest that North Korea may not launch the four missiles in the immediate future, but at the same time warn that preparations for launching them have been completed.

The visit to the Strategic Force of the Korean People's Army, during which Kim praised it for its preparedness for "enveloping fire at Guam," marks his first appearance in the country's official media reports in about two weeks.

Ahead of Kim's inspection of the army, North Korea said it will develop a plan by mid-August for a missile test targeting Guam.

The situation was already tense after North Korea test-launched two intercontinental ballistic missiles in July. But since the latest threat was announced last week, North Korea and Trump have been exchanging increasingly fiery rhetoric.

The threat to target Guam prompted Trump to say in a Twitter post on Friday, "Military solutions are now fully in place, locked and loaded, should North Korea act unwisely."

Referring to the North Korean leader, Trump also told reporters, "If he does anything with respect to Guam or any place else that's an American territory or an American ally, he will truly regret it. And he will regret it fast." 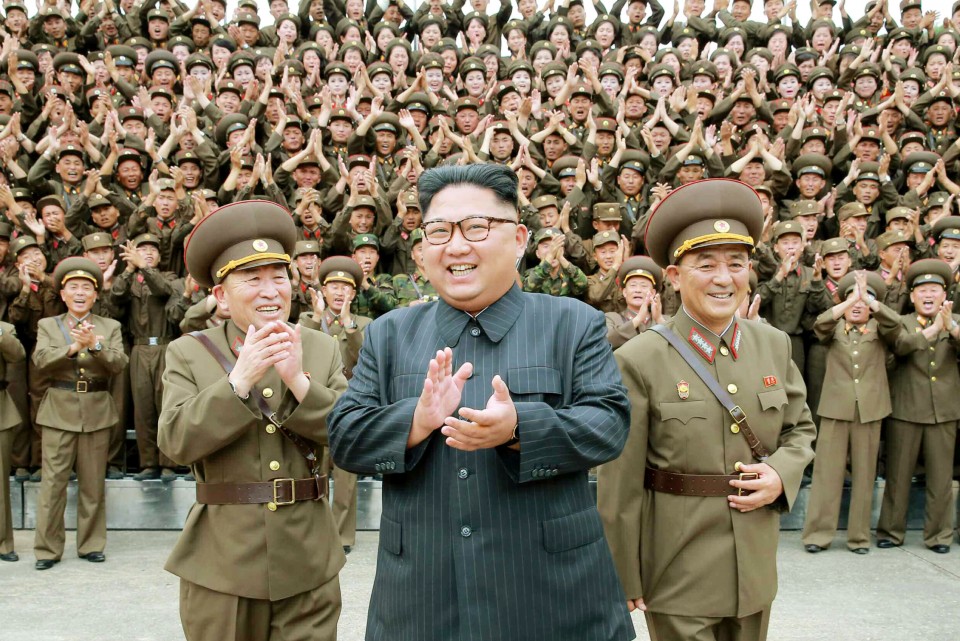