A male worker was killed and another seriously injured Saturday when they were hit by a roller coaster being tested at an amusement park in the southwestern Japan prefecture of Oita, police said.

Takashi Okubo, 44, and another worker were struck at around 3:30 p.m. as they were checking the roller coaster track at Kijima Kogen Park in the city of Beppu, a famous hot spring resort city.

No one was aboard the roller coaster at the time, the police said.

According to KK Kijima Kogen Operations, the operator of the amusement park, it was preparing to operate a second roller coaster on the track from around 3 p.m. to accommodate the large number of visitors.

The roller coaster is believed to have been traveling at between 40 to 50 kilometers per hour when it struck the two men, who were thrown to the ground some 2 meters below.

The attraction is Japan's first wooden roller coaster, dubbed Jupiter, according to the amusement park's website. It was built from 60,000 Norway spruces.

Toshiaki Shiga, president of the company, apologized for the accident at a press conference. He admitted there had been "a lack of information sharing" among park staff as track inspections were not supposed to be conducted when a roller coaster was being tested.

The park operator said on its website that operations of the roller coaster are being suspended for the time being to enable a thorough investigation into the cause of the accident to be carried out. 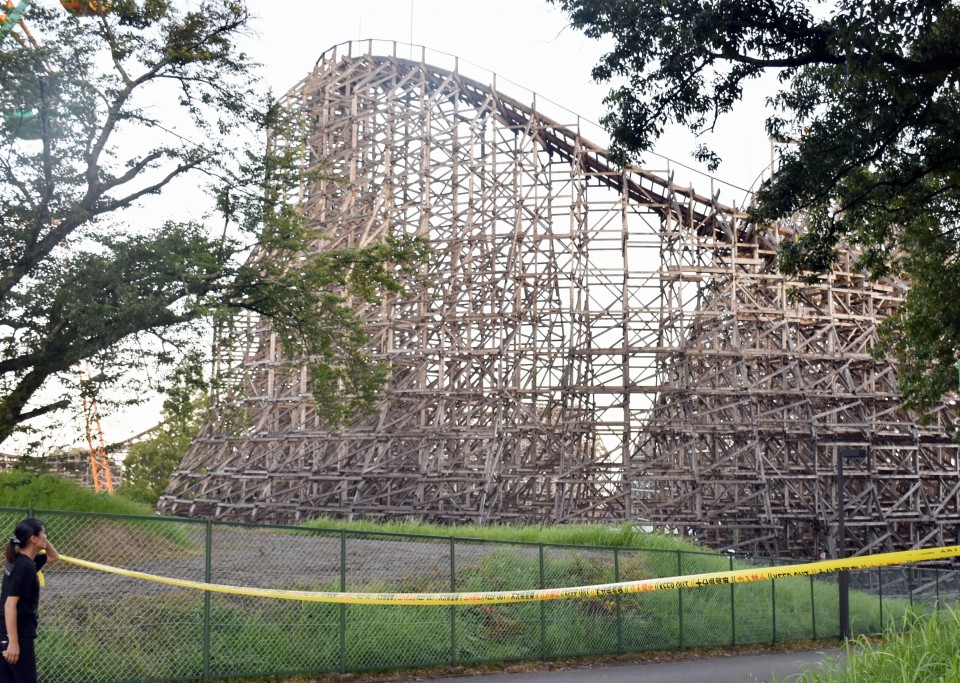