Radioactive tritium, said to pose little risk to human health, will be released from the crippled Fukushima Daiichi nuclear power complex into the sea, according to a top official of the plant operator.

"The decision has already been made," Takashi Kawamura, chairman of Tokyo Electric Power Company Holdings Inc., said in a recent interview with media outlets, referring to the discharge of tritium, which remains in filtered water even after highly toxic radioactive materials are removed from water used to cool damaged reactors at the plant.

At other nuclear power plants, tritium-containing water has routinely been released into the sea after it is diluted. But the move by the utility, known as Tepco, has prompted worries among local fishermen about the potential ramifications for their livelihood as public perception about fish and other marine products caught off Fukushima could change.

They are the first public remarks by the utility's management on the matter, as Tepco continues its cleanup of toxic water and tanks containing it continue to fill the premises of the plant, where three reactors suffered meltdowns after tsunami flooded it in March 2011 following a massive earthquake. 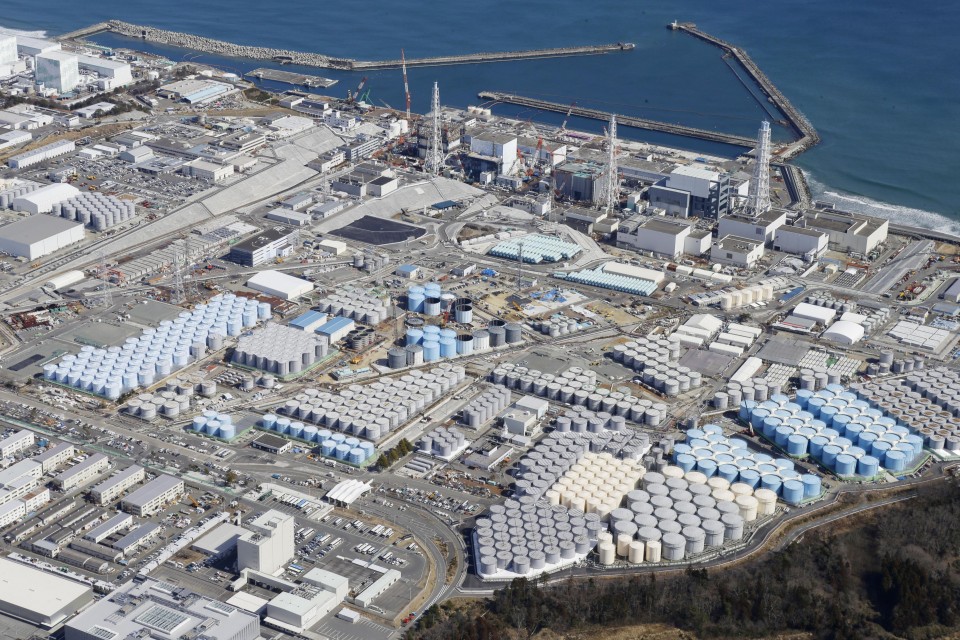 Kawamura's comments came at a time when a government panel is still debating how to deal with tritium-containing water at the Fukushima plant, including whether to dump it into sea.

Saying its next move is contingent on the panel's decision, Kawamura indicated in the interview that Tepco will wait for a decision by the government before it actually starts releasing the water into sea.

"We cannot keep going if we do not have the support of the state" as well as Fukushima Prefecture and other stakeholders, he also said.

Toxic water at the plant is being treated through a key water processing system said to be capable of removing 62 different types of radioactive material except tritium.

Shunichi Tanaka, chairman of the Nuclear Regulation Authority, has been urging Tepco to release tritium. Kawamura says he feels emboldened to have the support of the chairman of Japan's nuclear safety watchdog on the matter.

But fishermen operating in waters near the plant are opposed to releasing tritium into the sea, worried about the potential ramifications.

"Releasing (tritium) into the sea will create a new wave of unfounded rumors, bringing our efforts all for naught," said Kanji Tachiya, head of a local fishermen cooperative.

Tachiya, of the cooperative that includes fishermen from the towns of Futaba and Okuma, which host the plant, took a swipe at Tepco's action, saying he disagrees with it and there has been "no explanation whatsoever from Tepco to local residents."

On March 11, 2011, tsunami inundated the six-reactor plant, located on ground 10 meters above sea level, and flooded power supply facilities. Reactor cooling systems were crippled and the Nos. 1 to 3 reactors suffered fuel meltdowns in the world's worst nuclear catastrophe since the 1986 Chernobyl disaster.

Water was injected to cool the melted nuclear fuel and continues to be injected to keep the fuel cold, but the water is extremely toxic. Although the water is filtered through a processing system, it is hard to separate tritium from water.

Tritium-containing water has since been stored in tanks within the premises of the plant but its amount has been increasing. As of July 6, about 777,000 tons were stored in about 580 tanks.