North Korea said Tuesday it successfully test-fired an intercontinental ballistic missile for the first time, posing a possible game-changing challenge to the security of the United States and the rest of the world.

North Korea said through its official media that the test, ordered by leader Kim Jong Un on Monday, proved that it now has a powerful missile capable of "hitting any part of the world, along with nuclear weapons." 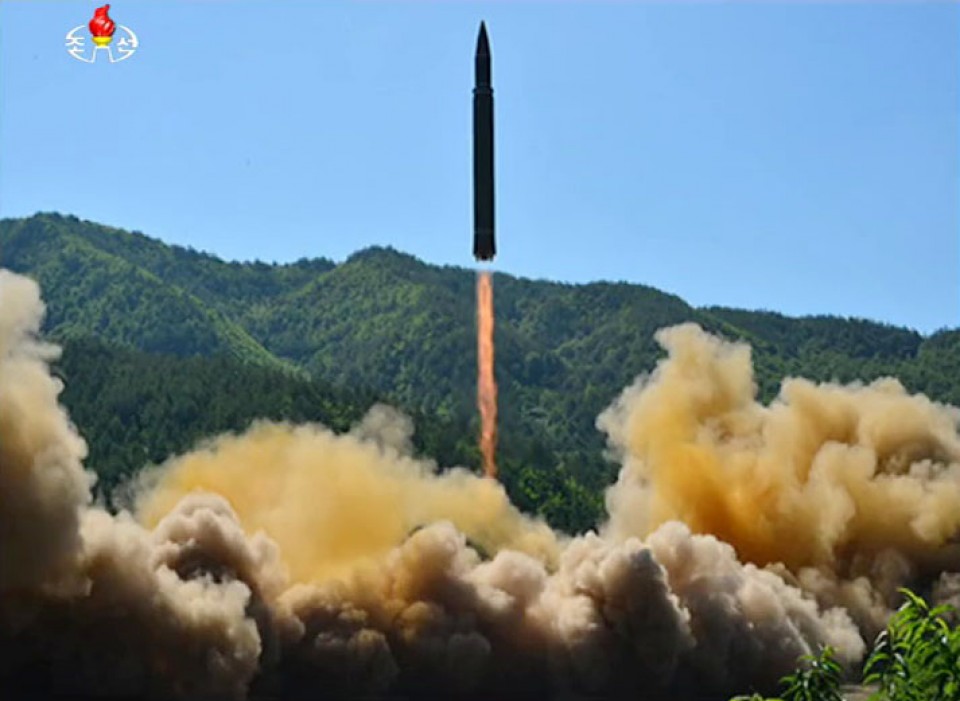 The missile, designed to fly on a highly lofted trajectory, flew about 933 kilometers at a maximum altitude of 2,802 km for 39 minutes, North Korea said, lauding the result as "a great auspicious event to be specially recorded in its history."

North Korea's state-run broadcaster aired images of the test, some of which showed a beaming Kim at the scene after the missile, carried by a 16-wheeled transporter, was fired from a launcher on the ground.

It appeared to be a liquid-fueled type, similar to the Hwasong-12, a new type of ground-to-ground medium- to long-range ballistic missile that North Korea test-fired in May and reached an altitude of about 2,100 km.

In Pyongyang, a number of locals gathered in front of a huge screen outside the capital's main railway station after hearing that a very important announcement would be made in the afternoon.

"(North) Korea does what it says. Only powerful military power can protect our country and people," said Ho Chol Jun, a 30-year-old man.

If confirmed as such and if this type of missile, which North Korea called the Hwasong-14, becomes fully operational, it could potentially deliver a nuclear warhead to the U.S. mainland.

Government officials are still analyzing details of the missile test and whether the North Korean claim is true. Analysts are divided on whether it should be regarded as an intercontinental ballistic missile.

The U.S. Pacific Command in its initial assessment said it detected and tracked "a land-based intermediate-range ballistic missile."

But in any case it is almost certain to be the longest-range missile that North Korea has ever tested.

Yoji Koda, a retired vice admiral of Japan's Maritime Self-Defense Force, said, considering the flight time and the maximum altitude, he believes the missile could have traveled between 8,000 km and 10,000 km if it were fired at a standard trajectory.

In his New Year's address for 2017, Kim said his country had reached the final stage of preparing to test-launch an intercontinental ballistic missile.

The missile was launched from North Korea's western region in the morning and landed in waters within Japan's exclusive economic zone.

Japanese Defense Minister Tomomi Inada said it fell in the Sea of Japan about 300 km from the Oga Peninsula on the country's northwest coast. 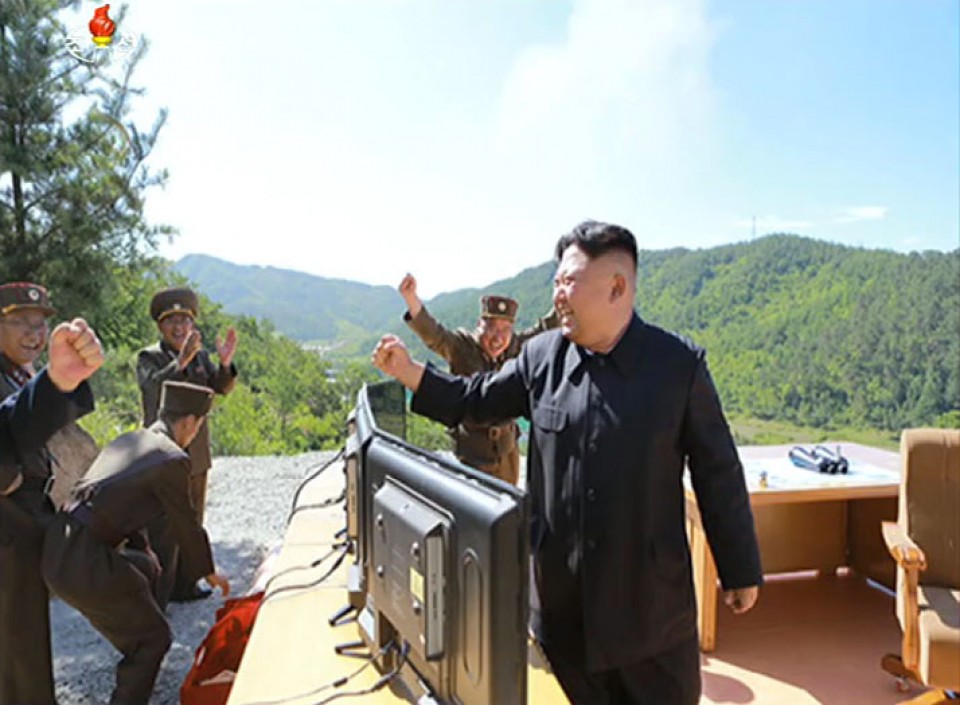 The launch, also on the eve of Independence Day celebrations in the United States, risks further heightening tensions between the Trump administration, which has said all options including a military strike are on the table, and Pyongyang.

Trump and Moon agreed Friday to apply "maximum pressure" on North Korea to curb its nuclear and missile programs along with Japan in the framework of their trilateral security cooperation.

Japanese Prime Minister Shinzo Abe, who is leaving on Wednesday for the G-20 summit, told reporters that the latest missile launch "clearly shows that (North Korea's) threat is increasing further."

Trump openly criticized Kim, writing on Twitter, "Does this guy have anything better to do with his life?"

He said it was "hard to believe South Korea and Japan will put up with this much longer," and implicitly prodded China to "put a heavy move on North Korea."

Trump and Chinese President Xi Jinping reaffirmed Monday their commitment to denuclearize the Korean Peninsula in their phone conversation.

But the Trump administration has been increasingly frustrated with what it sees as China's reluctance to use its huge economic and political influence on North Korea to make it change course.

China said it is opposed to any North Korean action that violates U.N. Security Council resolutions.

But its Foreign Ministry spokesman Geng Shuang basically repeated China's oft-heard stance during a press briefing, calling on all relevant parties to exercise restraint and work toward the resumption of dialogue to peacefully resolve the North Korean nuclear issue.

The North Korean nuclear issue is expected to top the agenda of the G-20 summit. Trump and Xi plan to meet on the sidelines of the two-day gathering of the leaders from the world's top 20 major economies, including Japan, Russia and South Korea.

When he spoke to the press, Abe said Japan will join hands with South Korea and the United States to put more pressure on North Korea.

He also urged Xi and Russian President Vladimir Putin to play a "constructive" role in dealing with North Korea. 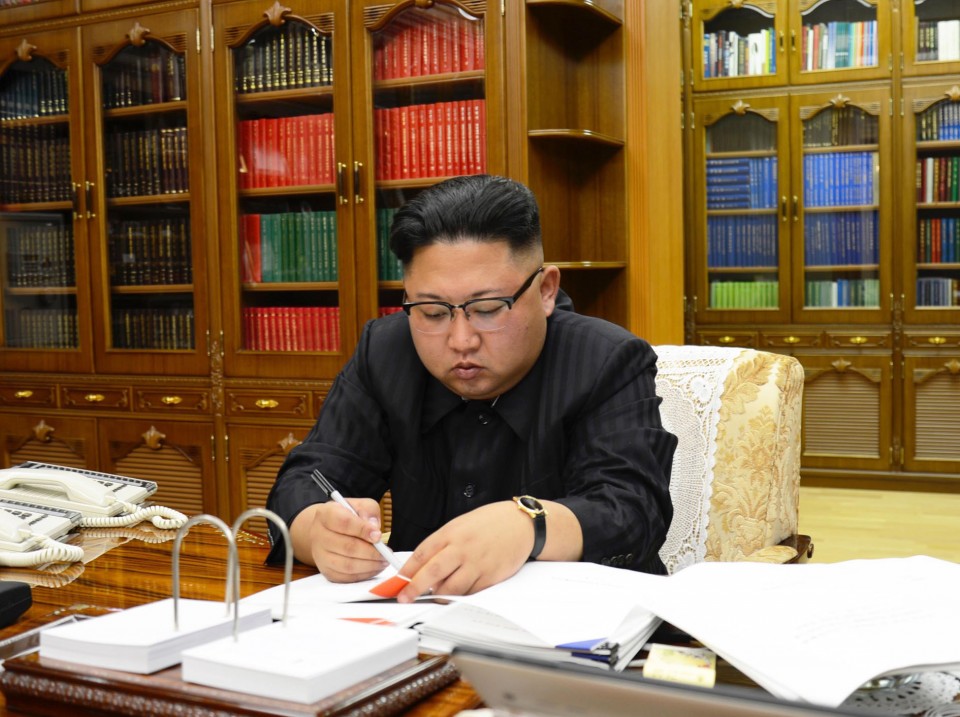