Visiting Nagasaki as an expat in Japan is potentially something of an eye-moistening experience as one could make the case that this is where it all began for us - the concept (and reality) of “expat in Japan”.

The influence of our forebears is emphatically clear - Nagasaki is quite unlike any other urban area in Japan.  Churches are a prominent feature and the fixtures and fittings of expats past lie around every corner.  Viewed from afar on one of the city’s many lung-busting perches, Nagasaki’s hillside sprawl could almost resemble the favelas of Rio de Janeiro.

In fact it was the Portuguese that took the kick off, so to speak.  Although it was all by accident.  It was in 1543 when Portuguese merchants, actually aiming for China, were driven off course eventually reaching land on Tanegashima off of mainland Kyushu. Armed with two of the world’s most reliable objects of export, Christianity and guns, a tentative ‘gaijin’ foothold was established on Dejima, a man-made island in central Nagasaki, built specifically for the Portuguese.

While the Portuguese endured a somewhat fractious relationship with their hosts (not on accounts of the guns) it was the Dutch (again, washing up rather than rocking up) who, during Japan’s period of isolation from the 1630s through to 1853, really paved the way, eventually branching out from segregation on Dejima to the more opulent surrounds of the hillsides further south.

The area in which this early expat community began to find its swing is known as the Dutch Slope (Oranda Zaka / オランダ坂), the naming of which will likely bring a wry smile to lips of expats in Japan.  Even though things had gotten more cosmopolitan in these parts after Nagasaki was effectively opened up for business in 1859, it was common practice for locals to refer to any foreigner as “オランダ人 / Oranda-jin”. 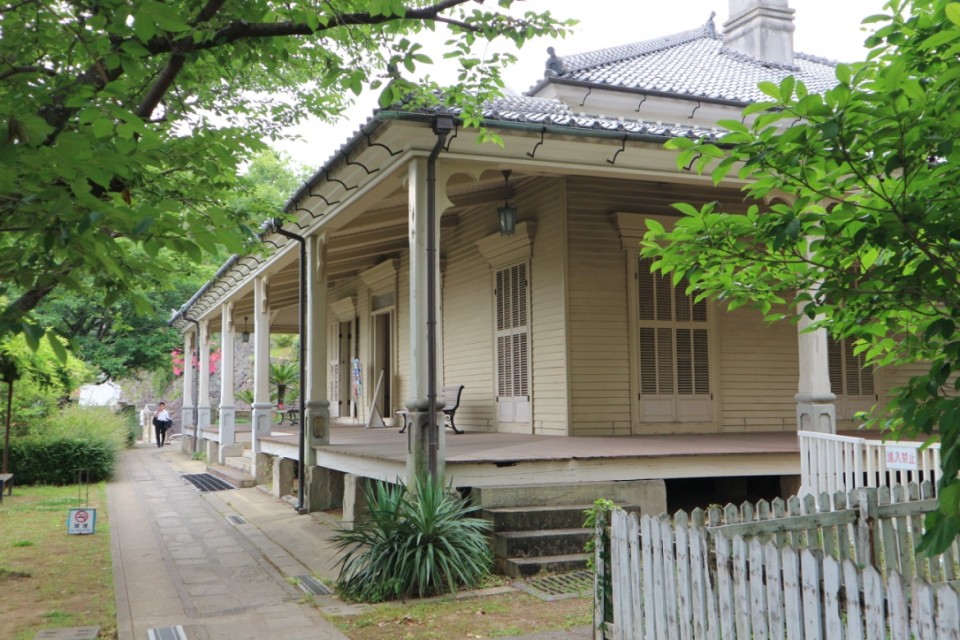 (Building style typical of that found on the Dutch Slope, Nagasaki)

A stroll around the area is by turns charming and haunting.  Charming because whatever one’s thoughts of the arms dealer and gung-ho industrialist these people really knew how to put their wealth to work.  The houses here, with their pastel hues, thoroughly civilized verandas, and tiled-roofs in the Japanese-style put many of Japan’s modern living quarters to shame, in aesthetic at least.  Where they haunt today, however, is in their deafening quiet and the heavy sense of people having left.  Poking around abandoned living rooms on creaking floorboards the niggling question of departure comes to the fore.  These expats have long since gone, when will I, if ever?

One man who never left was Scottish trader Thomas Blake Glover, arguably Japan’s most influential expat.  A 21-year-old Glover arrived in Japan in 1859 and is credited with a key role in steering the nation out of feudalism and into a modern age. Glover’s former home (he saw out the evening of his days in Tokyo) is the main attraction of Glover Garden, a park of sorts further south of the Dutch Slope, on the hillsides of Minami Yamate. 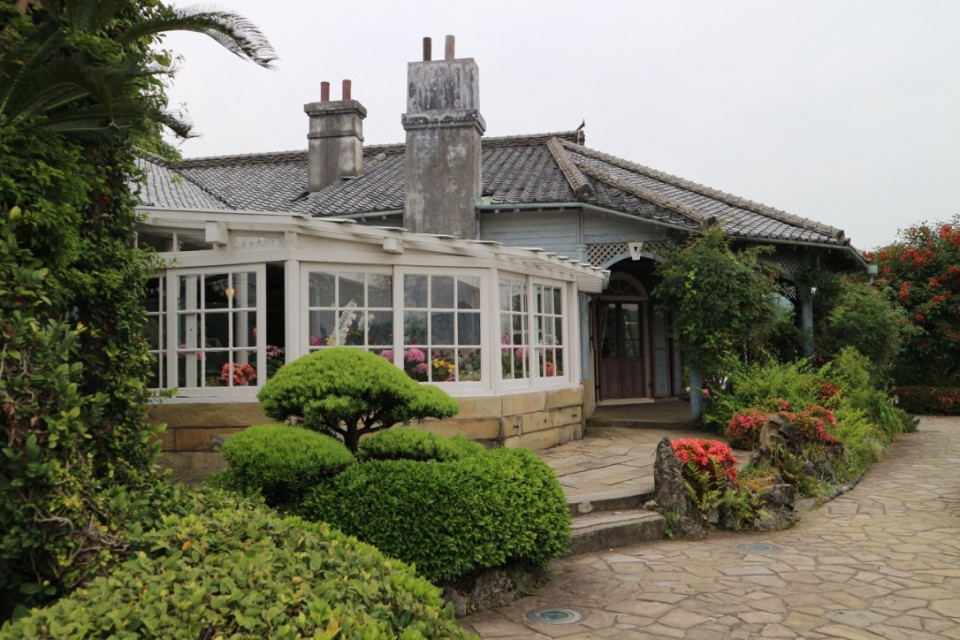 The quaint countryside charm of the Glover residence belays a truth that often escapes tourist literature and promotional sound bites celebrating the man, that Glover cut his teeth trading drugs (opium) and guns in China before heading to these shores. However, even back when Glover started getting settled in Japan drugs were a no-go this country so he made guns, and later warships, his bread and butter.

While a sense of genuine belonging and appreciation has long been a quiet craving of some expats in Japan, it was Glover who was the first foreigner to be bestowed a decoration by the Japanese Government when he was awarded the Order of the Rising Sun (second class) in 1908.  That he was at one time the largest arms dealer in Kyushu might sting a little.

A shipping man himself, one wonders what Glover would have made of the latest bateaux to drop anchor in Nagasaki waters.  For the resplendent bay windows of his former quarters now stare almost directly out to the Nagasaki International Cruise Ship Terminal and were the great expat around today to drawn back the net curtains, he would have had his vision filled by cruise ships almost Biblical in scale. 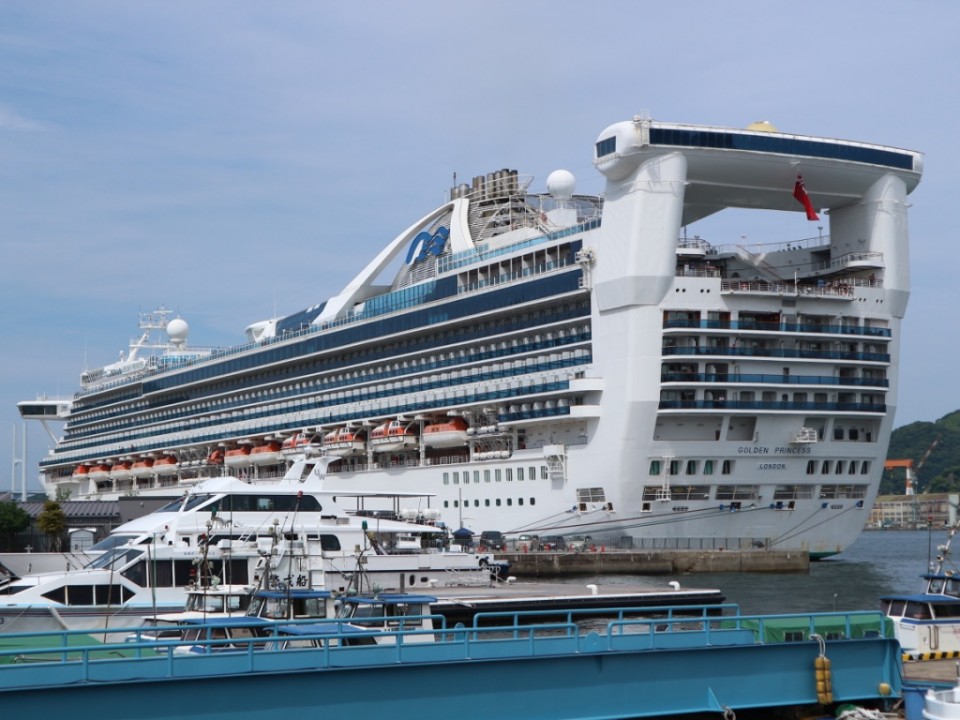 Maybe he’d have relished it; a small city’s worth of globe-trotting pensioners with money to spend, syphoned out for the day just down the road that leads to his house.  The precipitous street, now known as Glover-Dori, is lined with gift shops toting boxes of castella and novelty pens.  In among this modern face of opportunism and trade sits a duty-free electronics store, something which might have drawn a knowing nod of appreciation from the great expat.

Perhaps the coming and going of these cruise ships to Nagasaki is a sign of how far things have come here.  From outright suspicion and hostility, through segregation and cautious acceptance, now the ships bearing foreigners can’t be big enough.  And while expat scenes in Japan are largely congregated in centers further north and east, the city where it all began arguably remains this country’s most international.